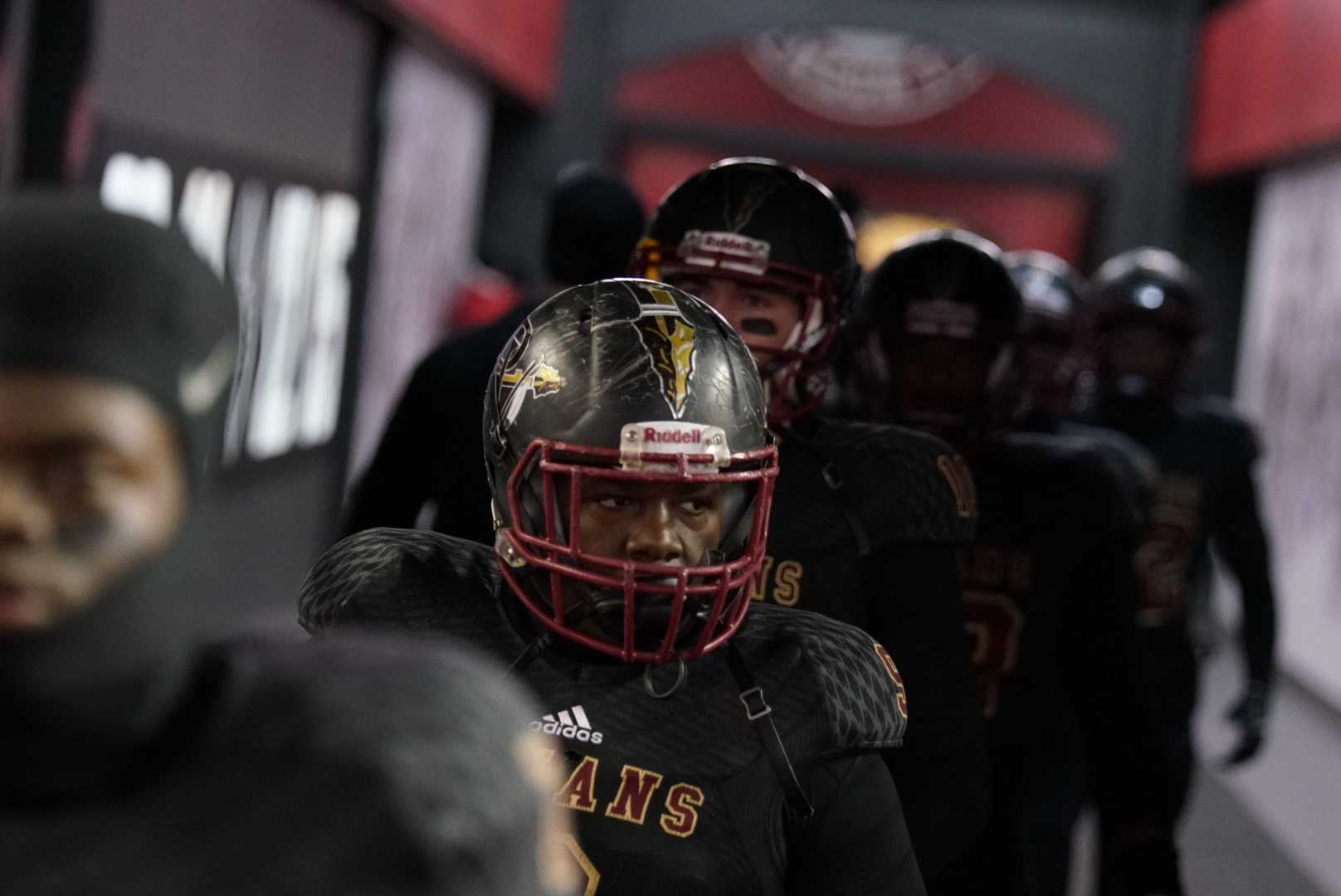 Pinson Valley football players exit the tunnel at Bryant-Denny Stadium in Tuscaloosa prior to the 2018 Class 6A state championship game. Photo by Danny Joiner

MONTGOMERY — The Alabama High School Athletic Association (AHSAA) announced Tuesday that the 2020 Super 7 State Football Championships will be held at Bryant-Denny Stadium in Tuscaloosa on Dec. 2-3-4, as originally planned.

Those arrangements were left in question while the Southeastern Conference reworked its 2020 college football schedule, which was revealed on Monday night. The updated SEC slate has Alabama on the road at Arkansas on Dec. 5, leaving Bryant-Denny Stadium available for high school championships.

“The AHSAA is excited to be returning to the Tuscaloosa and the University of Alabama’s Bryant-Denny Stadium for the Super 7 this season, and are also grateful to the SEC for keeping the date available for our high schools,” said AHSAA Associate Executive Director Alvin Briggs. “We are proud of the long-standing partnership we have had with the City of Tuscaloosa and the University of Alabama and its athletic department on behalf of our member schools in the AHSAA.”

The current Super 7 format has alternated the state football championships between Auburn and Tuscaloosa since 2009. It was Alabama’s turn to host last year, but due to construction at Bryant-Denny Stadium, Auburn University agreed to host the Super 7 Championships in 2018 and 2019.

Moving forward, the City of Birmingham and the University of Alabama-Birmingham (UAB) will join the rotation with the Super 7 Football Championships being held at the city’s new Protective Stadium in 2021.