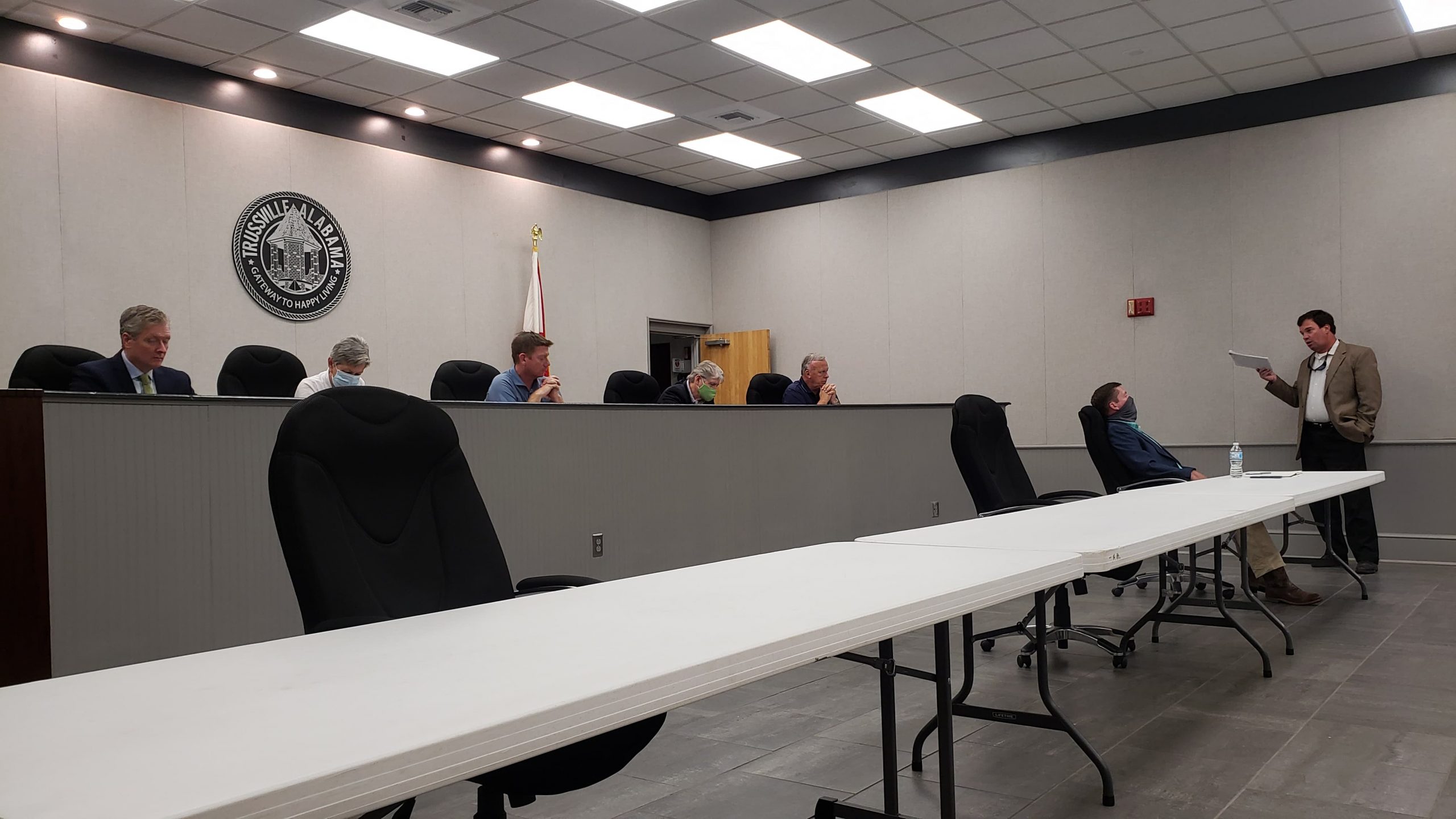 City of Trussville saving $9.15 million; Funds to be used on capital projects

The ordinance provides for the refunding, or “refinancing” of $82,575,000 in city and school warrants concerning public debt. The city will save $9.15 million by refinancing the bonds at a lower rate.

Financial advisor Chris Williams said the city has been looking at refinancing for lower interest rates since 2019. Williams said by February 2020, the numbers looked good and the city could have saved around $4 million. Williams said he continued to watch the market and he said patience paid off by July when potential savings skyrocketed to over $9 million.

The over 14% in present value savings is a victory for the city, according to Ken Funderburk, managing director with Stifel,  a full-service brokerage and investment banking firm.

“Most cities achieve a 4, 5, or 6% savings out of the amount of bonds they are refunding,” said Funderburk. “Very few have ever gotten to double-digits and this is 14%.”

The money will be received in cash form and will be used for capital projects, according to Mayor Buddy Choat.

“We have a lot of projects going on,” Choat said. “We’re trying to complete our downtown infrastructure, which includes the loop road projects. We haven’t put that out to bid yet but we are anticipating it being very expensive.”

Choat said other projects include a new fire station and park issues. The council will consider exactly where money will be spent at a later date.