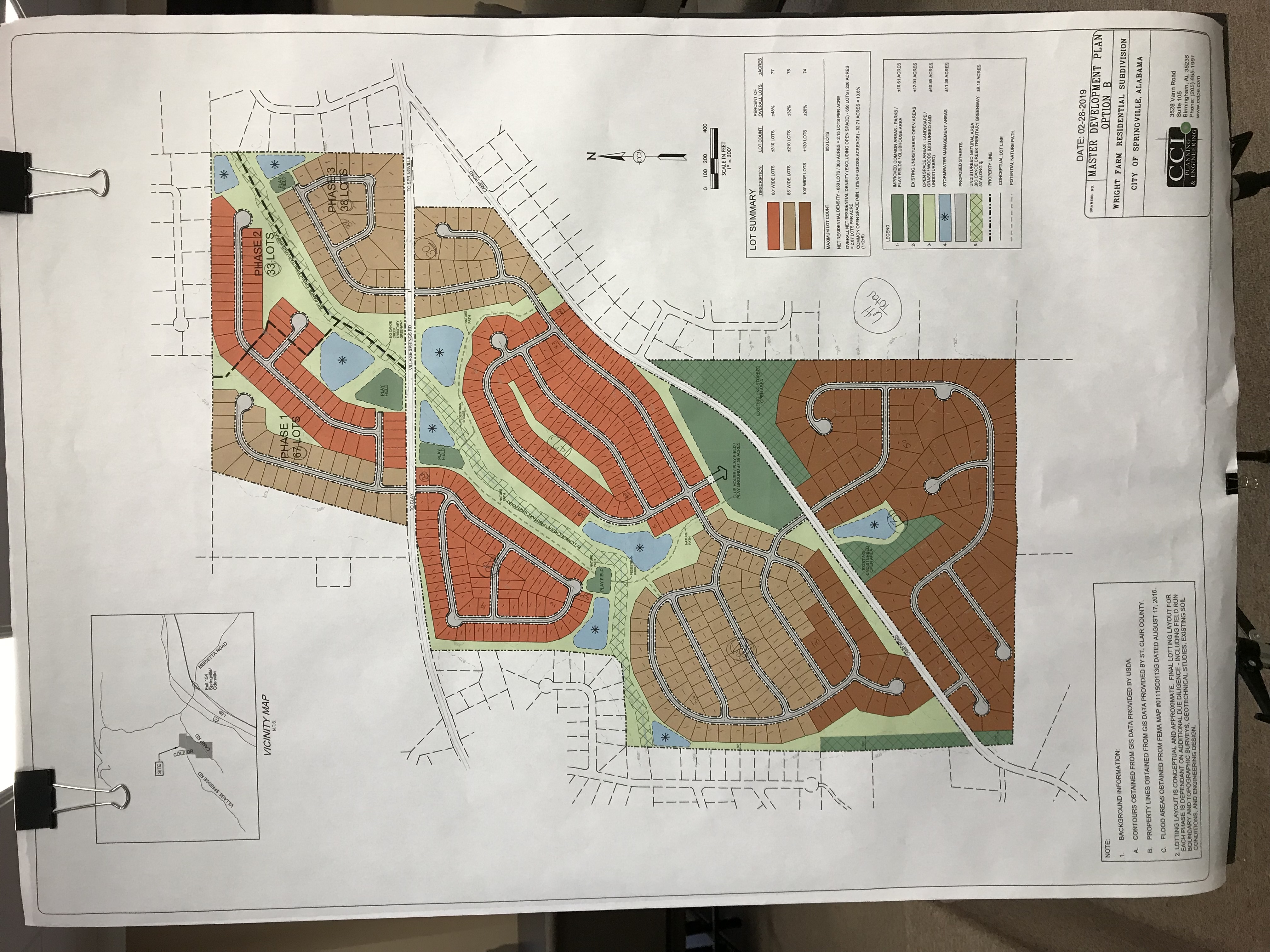 FACT CHECK: Odenville Utilities to take over sewer for new development on Wright Farm in Springville

SPRINGVILLE — The Odenville Utilities Board plans to take on sewer services for Archer’s Cove, a planned development on the Wright Farm, off Village Springs Road.

Springville Public Works Director Earl Peoples said despite rumors the agreement fell through, Odenville has agreed to the deal, after months of meetings and planning.

“We could take most of that subdivision,” said Peoples. “We are not at capacity, but we don’t want to get in a position where we’re looking at 600-plus homes.”

Peoples said if Springville handled the sewer and the development had over 600 homes, the city could have to build a separate plant. Plans for the development include about 650 homes.

As part of the existing agreement, the developers of Wright Farm Development, LLC will pay for all sewer work. This way, a new plant will not have to be built.

“Springville is not spending one dime on any of it,” Peoples explained. “Odenville’s engineers have done a connection design of where they’re going to take sewer from Springville, prior to it going to our plant. Archer’s Cove sewage will not go through Springville’s sewer plant and the developer and Odenville have that agreement. The developer is going to pay for that connection and that pump station.”

“We will pump it to Odenville and we have already had our engineers design it and everything, at the developer’s expense,” Peoples said.

The developer will also pay for the city to inspect pipes installed in the city of Springville.

The large development caused considerable controversy when it was first proposed. Many Springville citizens opposed the project, fearing the additional burden on roads and schools.

The Odenville Utilities Board has not yet returned phone calls from The Tribune, but Peoples and Attorney James Hill confirm the deal has not been changed or canceled at this time.