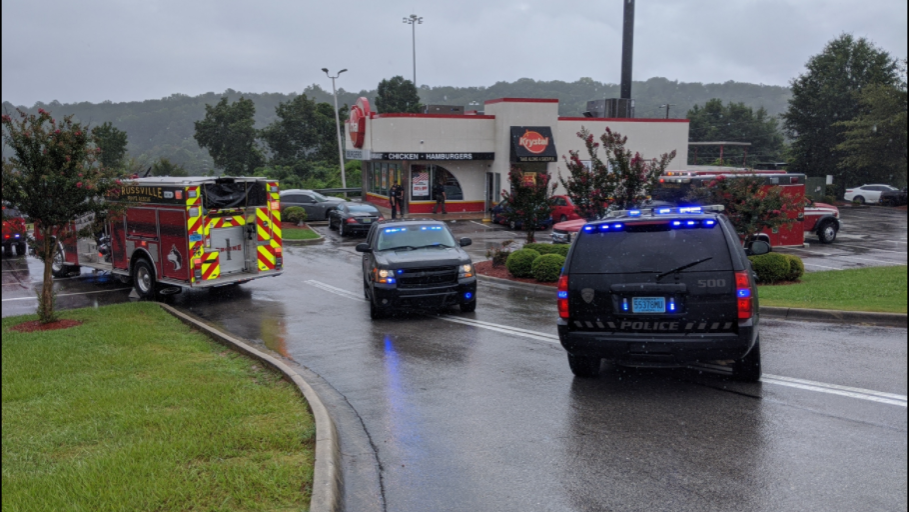 BREAKING: Trussville police on the scene of reported shooting at Krystal

TRUSSVILLE — Trussville police and rescue units responded to a shooting at Krystal, near the Chalkville Mountain Road and Service Road intersection, on Friday, Aug. 21, 2020.

Around 11 a.m., dispatch received a call about the shooting. Witnesses in the area said they heard about five shots.

Officers said the shooting involved employees of the fast-food restaurant. Sgt. Adam Filetti said during an argument, one individual threw hot grease on two others.

“The argument escalated and one of the individuals that had grease thrown on him went out to his car, got a gun and as the individual that threw the grease on him fled the scene, he fired his weapon several times,” Filetti explained.

Investigators are unsure if the man who was shot at was injured. They have called local hospitals to find out if any shooting victims have arrived.

The suspected shooter and one other person were transported from the scene to the hospital for treatment after sustaining grease burns.

This is a breaking story and additional information will be provided as it is made available.