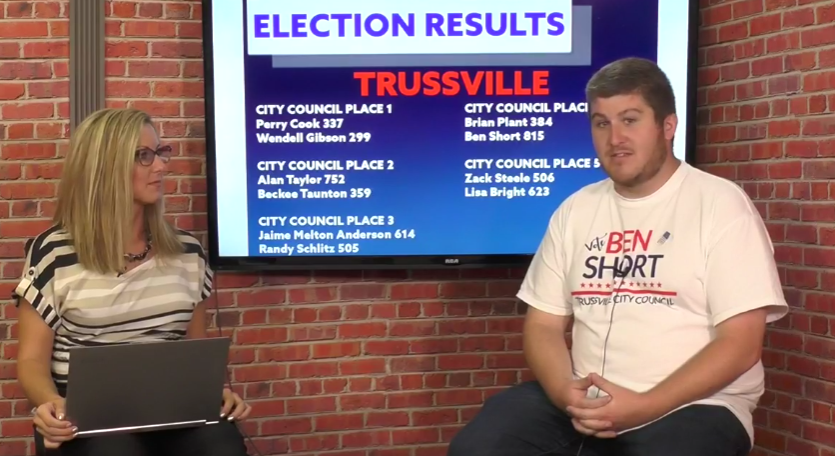 In Place 1, incumbent Perry Cook gathered 2334 votes to hold off challenger Wendell Gibson with 1476 votes. Alan Taylor returns to Place 2 for a third term with 2597 votes over challenger Beckee Taunton who garnered 1232 votes.

Turnout for the race was low with only 21% of registered voters in Trussville showing up to the polls. 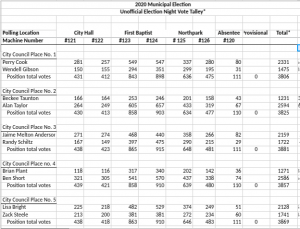