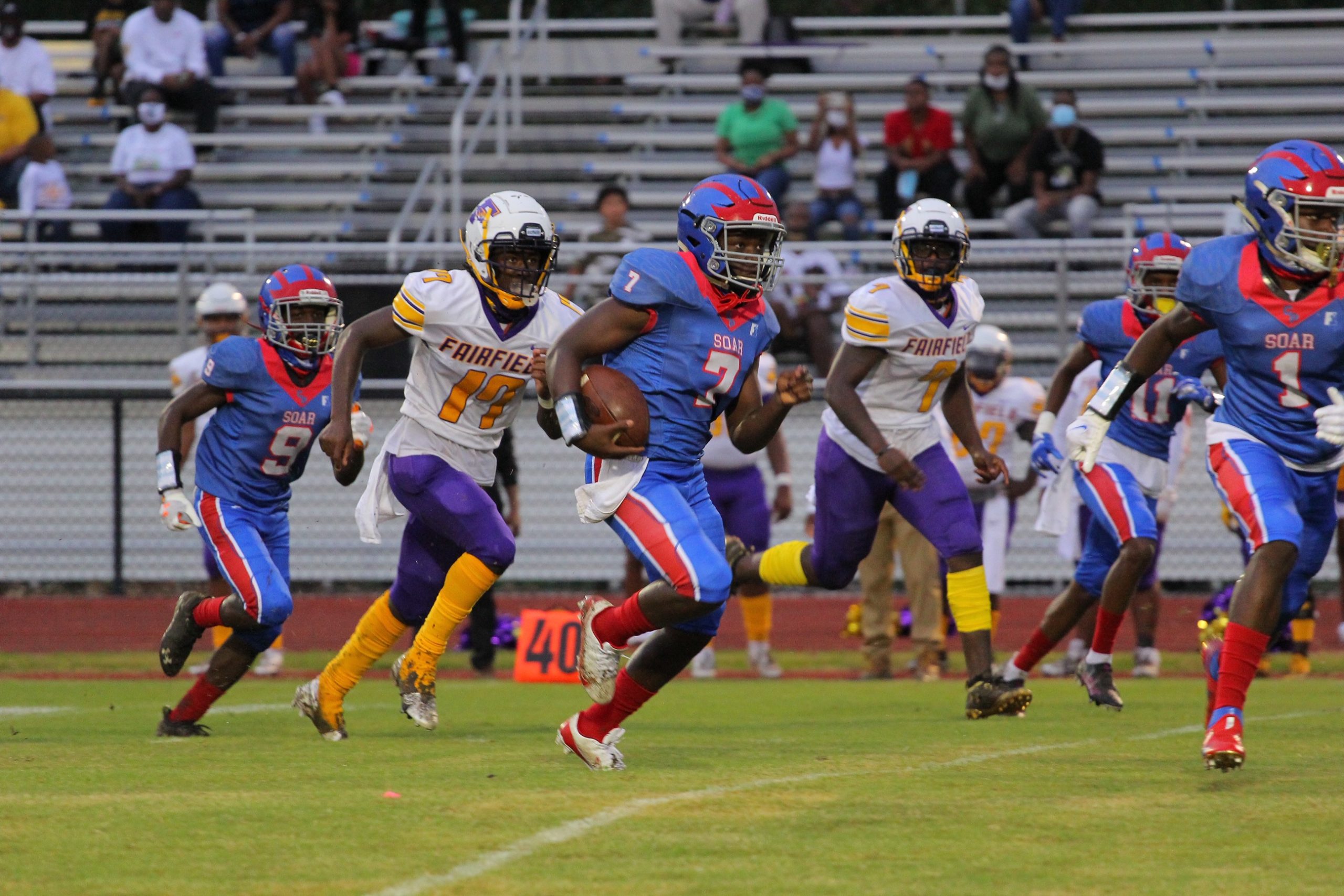 CENTER POINT — Center Point succumbed to Fairfield, 21-20, on Friday following a night of miscues and untimely turnovers in what was the Eagles’ first loss of the season and the Tigers’ first opening-season victory since 2015.

The loss was especially bitter for a Center Point team that jumped out to a commanding 14-0 lead early in the first half and appeared to be on track for a relatively smooth evening. Yet Fairfield, which has not had a winning season since 2016, found its poise and wore down an Eagles team celebrating an early Senior Night ushered in by the threat of a COVID-19-related stoppage.

The Eagles, whom entered the night following a Week 1 victory over Wenonah, jumped out early on Fairfield thanks an 8-yard touchdown pass from quarterback Troy Bruce Jr. to Jordan Pickens. Fairfield promptly turned the ball over two times in the first quarter — an interception by Harold Hollomann and a fumble forced by Antonio Reese — before Center Point struck again to open the second quarter on an 18-yard D’Ontae Eatmon touchdown run.

Seemingly with all the momentum on its side, Center Point looked to be in cruise control as the first half ticked down; however, a 61-yard Fairfield touchdown pass cut the Eagles’ deficit to one score while the Eagles’ offense lost all sense of self during an ugly nine-minute stretch to end the first half.

That lead diminished in an instant in the second half as Fairfield returned the opening kickoff 80 yards for a touchdown to knot the game at 14-all. Center Point would not counter until the 1:23 mark of the third quarter thanks to a 3-yard Bruce touchdown run that gave the Eagles a 20-14 lead. His touchdown followed a third quarter where both offenses struggled to move the ball behind numerous penalties, floundering passing attacks and a touch-and-go running game.

“We’ve got to execute,” Bates said. “That’s the bottom line.”

Despite all the inconsistencies on offense, Center Point was on the verge of stretching its lead early in the fourth quarter before Bruce fumbled the ball on the Eagles’ own 39-yard line. Blessed with great field advantage, Fairfield capitalized and marched down the field and punched it in from 2-yards out to take its first lead of the night, 21-20, with 7:36 left in the game.

Center Point’s offense would be unable to respond on two further occasions, cementing the Tigers’ victory and sending the Eagles to their first loss of the season.

“In a weird way, the positive is that we lost,” Bates said. “We forget that we’re still learning and perfecting our craft. This is going to help us. It’s no more being young anymore. Now, you’ve got to go and play football because we’re going into region (play).”