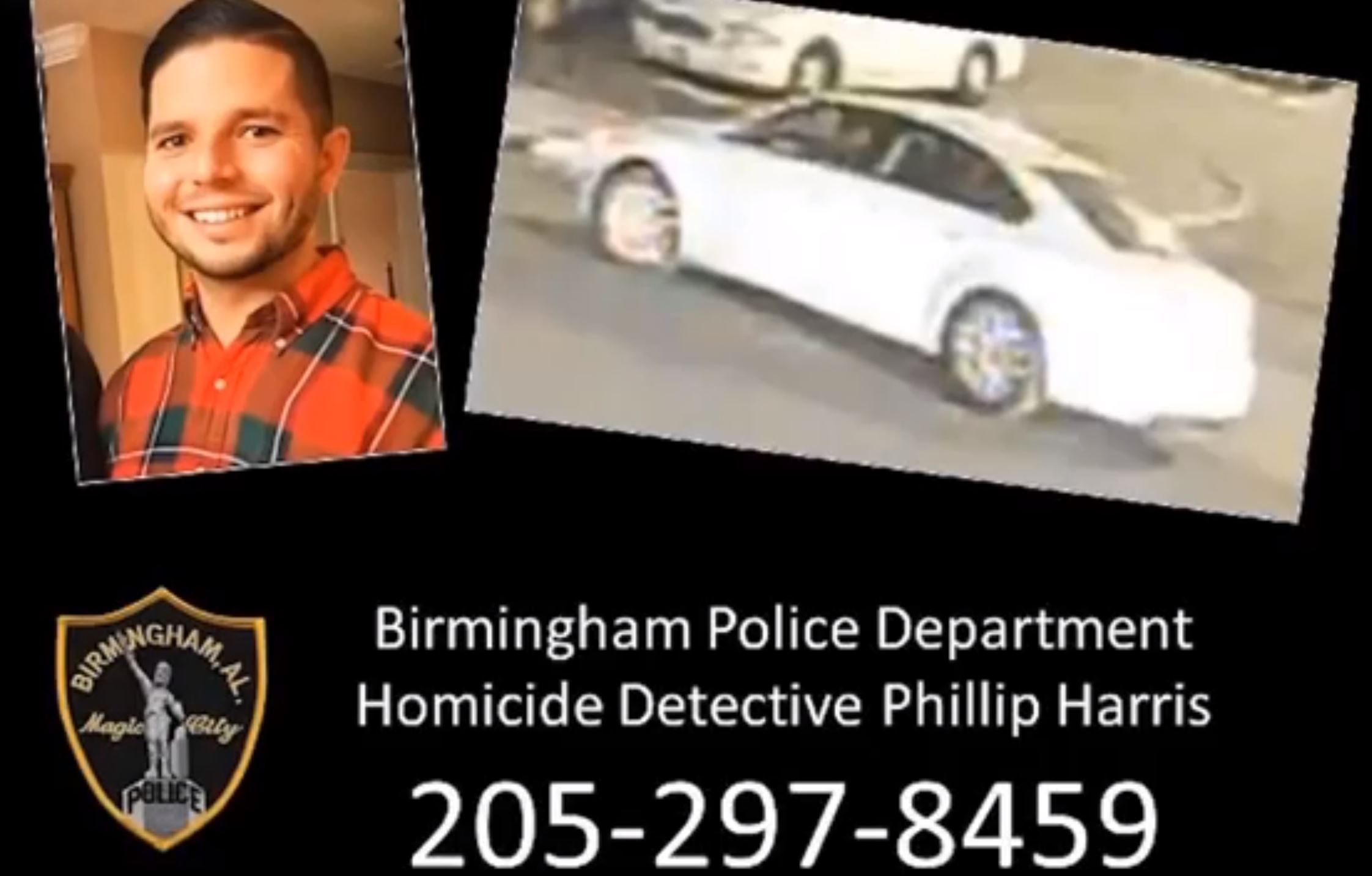 VIDEO: BPD Cold case detectives renew effort to find clues in death of man killed after going out with friends

BIRMINGHAM — The Birmingham Police Department’s Cold Case Unit is renewing an effort to find the driver of a while sedan seen on surveillance video the night a 28-year-old man was last seen alive.

Justin Kyle Lett was seen getting into the vehicle near Marty’s PM in the 5 Points South area. Police said Lett had been out with a group of friends to several locations. The video shows the vehicle Lett rode away in. Investigators said he got in the vehicle on the passenger’s side and left around 2:50 p.m., on Sunday, May 13, 2018.

Lett’s body was found on Monday, May 14, in an alleyway between Appalachee Street and Coosa Street, off of 11th Avenue North. He had been shot several times.

“There is no information at this time that connects the driver to Justin’s death; however, detectives believe the driver can provide valuable information about Justin’s whereabouts after leaving Marty’s,” BPD said in a statement.
If you have information that can help solve this case, you are asked to contact Det. Phillip Harris at (205) 297-8459.
Share on Facebook Share
Tags: 5 Points SouthBirmingham Police Department's Cold Case UnitHomicideinvestigationJustin Kyle LettMarty's PMshooting
Share 0
Tweet
Share
Share