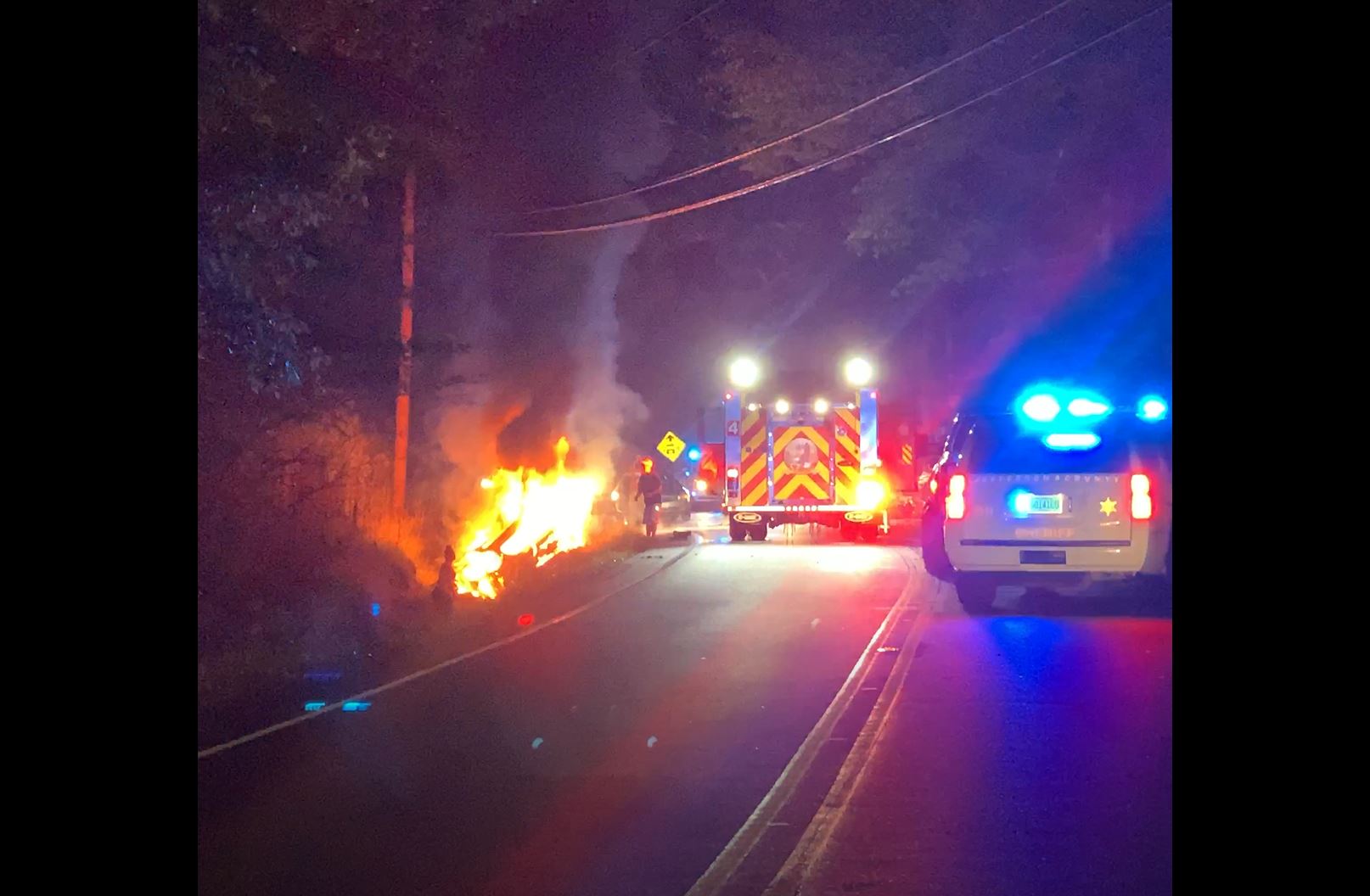 Photo from video by Chris Miranda.

PINSON — Emergency crews responded to a fiery crash in Pinson on Monday, Aug. 31, 2020.

Three people were taken to UAB with unknown injuries after the crash on Dug Hollow Road, between McDuffie Road and Dewey Heights Road.

Center Point Fire and Rescue and Jefferson County Sheriff’s deputies were on the scene late Monday night after being dispatched to the crash with a reported entrapment.

Two vehicles were involved, one caught fire. There is no word on other injuries at this time.

This is a developing story and will be updated as more information becomes available.

Video below provided by Chris Miranda.