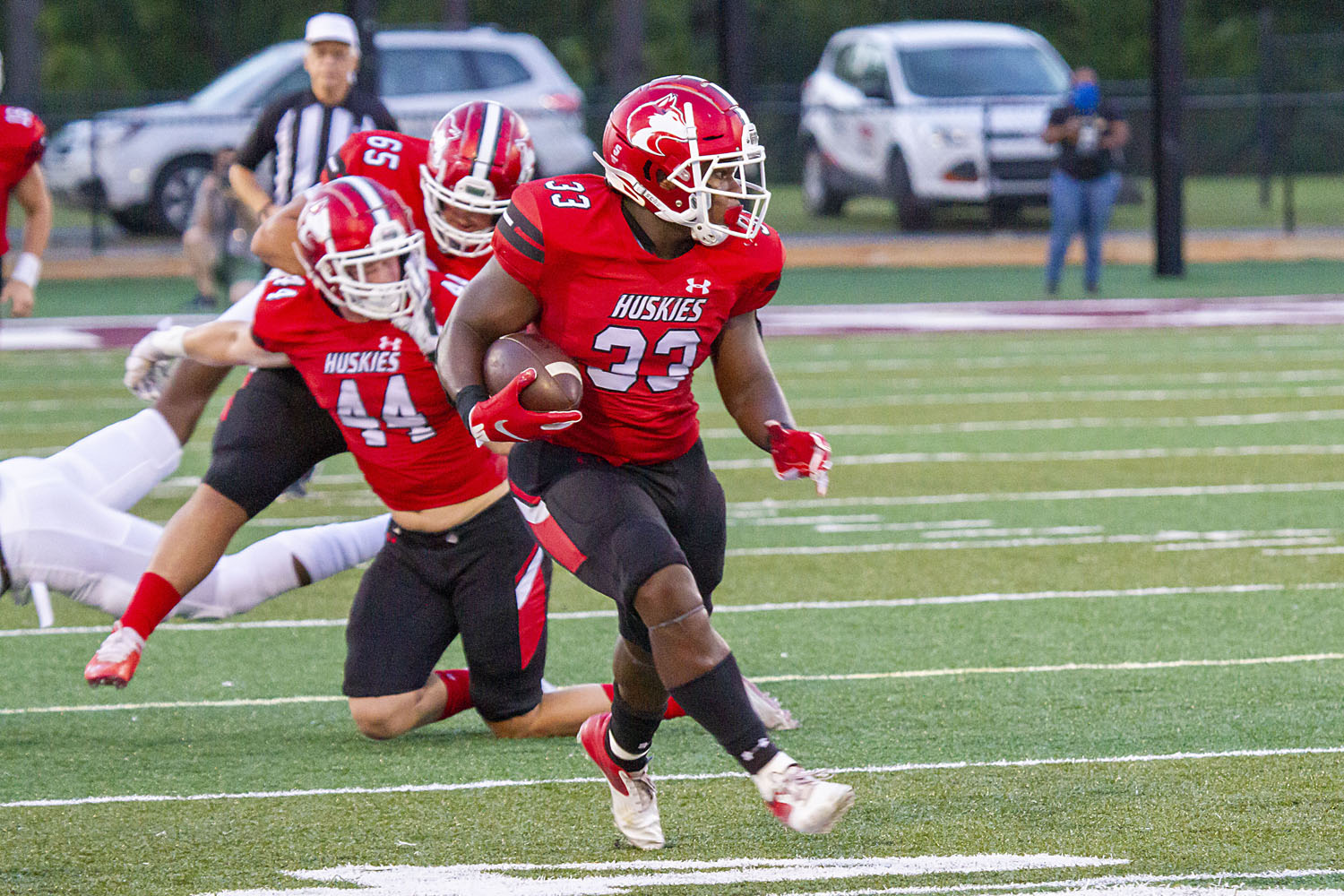 Hewitt-Trussville running back Sean Jackson breaks into the open field at Willie Adams Stadium on Aug. 21, 2020. Photo by Ron Burkett

No. 20 Thompson, No. 33 Hoover and the 45th-ranked Huskies are the only three Alabama schools listed among the national top 50, and all three compete in the same region.

That means Hewitt-Trussville has high-end home games ahead against Thompson on Sept. 18 and Hoover on Oct. 2. The Huskies split the two-game set last fall, beating the eventual state champion Warriors, 35-29, and falling by a final of 28-14 at Hoover.

Senior running back Armoni Goodwin ran wild in a runaway victory at Pinson Valley on Aug. 21. The season-opening win led to a forfeit decision over Saraland last week. This Friday night, Hewitt-Trussville opens up Region 3 play at Spain Park (2-0).