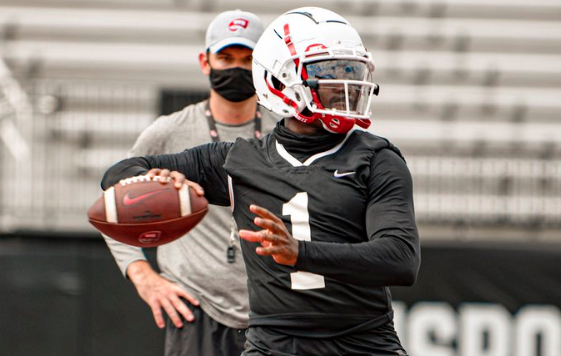 According to Wednesday reports out of Bowling Green, the 2015 Gatorade Alabama Player of the Year and two-time Alabama Mr. Football runner-up will take the season-opening snap against Louisville on Sept. 12. WKU head coach Tyson Helton said Pigrome’s maturity made the difference.

“Part of playing the position is just managing the offense — mastering the play, making sure everyone’s in the right position,” said Helton to the media on Wednesday. “You can tell he’s an older guy and he seems to handle those things pretty well.”

After leading the Cougars to consecutive state championship games in 2014-15, “Piggy T” signed with Maryland where he earned seven starts and posted more than 2,400 yards of offense in 34 games. He announced his decision to transfer to Western Kentucky for his senior season in May of this year.

The Hilltoppers are scheduled to visit UAB for a Conference USA game on Oct. 17 at Legion Field in Birmingham.