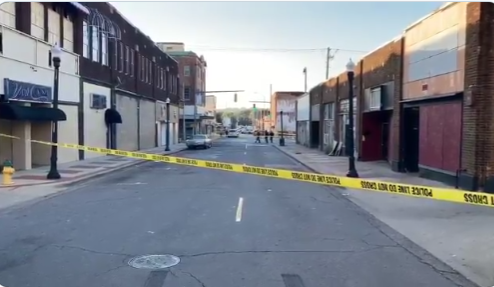 1 dead in shooting outside Birmingham bar

BIRMINGHAM — A shooting outside a Birmingham bar early Saturday morning left one man dead, according to Birmingham Police. The homicide occurred at 517 19th Street in Ensley.

Sgt. Rodarius Mauldin said just before 6 a.m., officers responded to the Crown Club on a call of a person shot.

“When they arrived they discovered the  victim right out side the back of the establishment, suffering from a gunshot wound,” Mauldin said. “He was unconscious. That victim was pronounced deceased on the scene.”

Mauldin said the preliminary investigation indicated an altercation occurred just before multiple rounds were fired, fatally wounding the victim. Police do not know if the victim was involved in the altercation or was an innocent bystander.

“We have three persons of interest in custody,” Mauldin said. “However, we do need people to come forward. We know people were here tonight.”