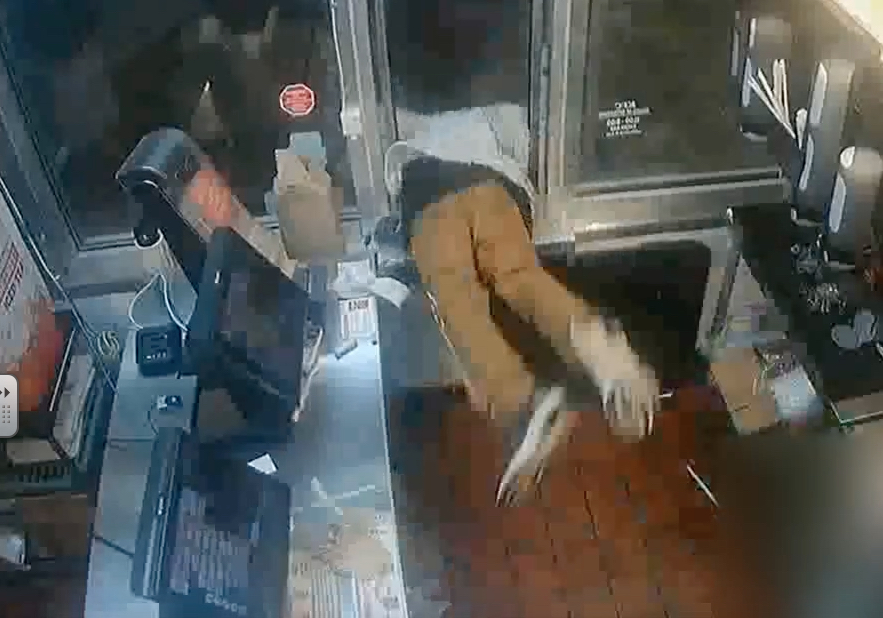 A suspect, who attempted to rob a KFC restaurant in Birmingham, escapes through the drive-thru window.

BIRMINGHAM — The Birmingham Police Department is requesting the public’s assistance in locating the suspect of a Jan. 15, 2020 robbery.

According to a press release from BPD, an off-duty, uniformed officer was working an extra security detail that night at the KFC restaurant located at 18oo Ensley Ave. in Birmingham.

While inside, the officer observed a suspect attempt to rob the business at gunpoint.

The officer intervened and the suspect managed to escape through the restaurant’s drive-through window. Additional officers were called to
the area, but the suspect remains at large.

Authorities believe the suspect was injured during the robbery. There were
no injuries to the officer or employees.

Detectives with the Birmingham Police Department continue to conduct a robbery investigation. Anyone with information pertaining to the crime is asked to contact Birmingham police at 205-254-1764 or Crime Stoppers at 205-254-7777.