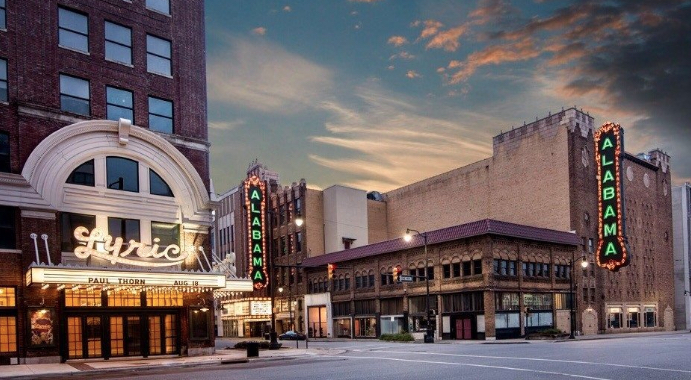 The Alabama Theatre and Lyric Fine Arts Theatre have become go-to entertainment venues in the Magic City, however both have experienced substantial financial loss during the last six months.

In an interview with WBRC Fox 6, venue manager Cindy Mullins said owners project a collective loss of $2.5 million in revenue by the end of the year. The historical sites are known for hosting concerts, movies and many other events throughout the year.

Instead, both were forced to close their doors in Mid-March, and both have remained closed to large crowds for nearly six months due to COVID-19 concerns. The threat of permanent closure has arrived.

The venues have launched a GoFundMe campaign in an effort to survive the coming months. Donations can be made here.

A message from the “Save the Alabama and Lyric Theaters” campaign:

The Lyric Theatre and Alabama Theatre have survived more than a century in downtown Birmingham, Alabama, but the COVID-19 pandemic has jeopardized the future of our historic venues. Since March 18, public health concerns have required us to cancel or postpone more than 90 movies, school field trips, concerts, dance competitions, comedy shows, worship services, proms, graduations and weddings. The Alabama and Lyric Theatres earn 90 percent of their operating budget by hosting events. Owned and operated by nonprofit organization Birmingham Landmarks, Inc., the theatres are not publicly funded. By the end of this year we will have lost more than $2 million in revenue. Please make a donation today. Without your help, we’re history.