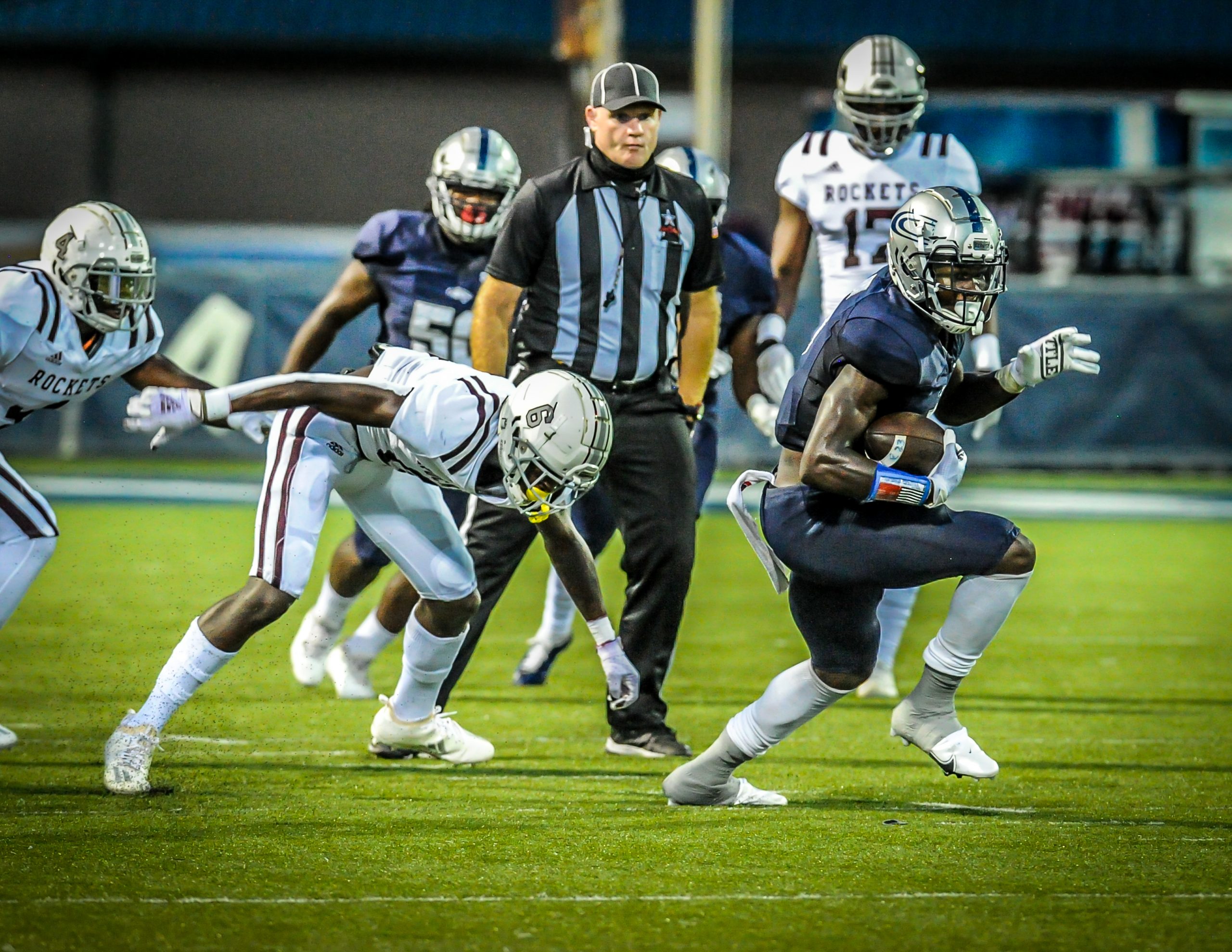 PINSON — Once they settled in on defense, the Clay-Chalkville Cougars dominated in their home opener on Friday night, taking a 38-17 final over Gardendale.

No. 5 Clay-Chalkville (4-0, 2-0) completely silenced the Rockets’ offense during the final two quarters, forcing two turnovers, two punts and a turnover on downs to complete a dominant second-half shutout.

“The biggest thing was we just had to shore up our tackling,” said Gilmer. “In the first half, we were just a little antsy, a little anxious, we were leaving our feet to try to make tackles, so we had to stay on our feet to finish the tackle.”

After posting 207 yards of offense in the first half, Gardendale (2-2, 0-2) managed just 27 yards from scrimmage throughout the final two frames, as the Cougars stretched their double-digit lead. In five second-half possessions, the Rockets went 0 for 3 on third downs and managed just 16 snaps to Clay-Chalkville’s 31.

“I thought this was a great team effort,” said Gilmer.

Offensively, the home team fed junior running back Edward Osley, who finished with four total touchdowns and 121 yards rushing. The physical ball-carrier hammered home TD runs of 1, 1 and 59 yards to go with a 26-yard catch-and-run from quarterback Khalib Johnson, who hit him on a fourth-and-4 for the first points of the night on the Cougars’ opening drive.

“Offense did exactly what we need to,” said Gilmer. “We struggled on the big plays when we had them there, but we were able to kind of control the tempo of the game, especially in the second half by running the football and using the clock.”

After going to the locker room leading 21-17, the Cougars delivered what felt like the knockout punch on the first snap of the third quarter, as Johnson fit a slant into the hands of Marquarius White who raced 71 yards to the house. Clay-Chalkville led 28-17 and never looked back.

“It’s just a situation where they’re putting a lot of guys in the box, trying to get hats on hats and we’re just trying to create a little seam on the outside and we hit it,” said Gilmer. “Khalib made a good throw.”

The Cougars stretched their advantage to 14 midway through the fourth when senior kicker Jaren Van Winkle split the uprights from 38 yards out. Osley put an end to the scoring with a 59-yard scamper right between the tackles with 5:49 remaining.

“It feels like we haven’t played a home game in forever, but we had a great atmosphere,” said Johnson. “Our fan base showed up, so thank you to them. It was a great night.”

For Gardendale, running back LT Sanders did most of the work with 100 yards rushing and a 13-yard touchdown reception from quarterback Will Crowder. Sanders also ran a 24-yarder down to the 1 where he fumbled it into the end zone, but receiver Jecorey Craig recovered it for a touchdown.

Colby Thomas connected on a 29-yard field goal right before the break, cutting the deficit to 21-17 at the half. It was all Cougars from there.