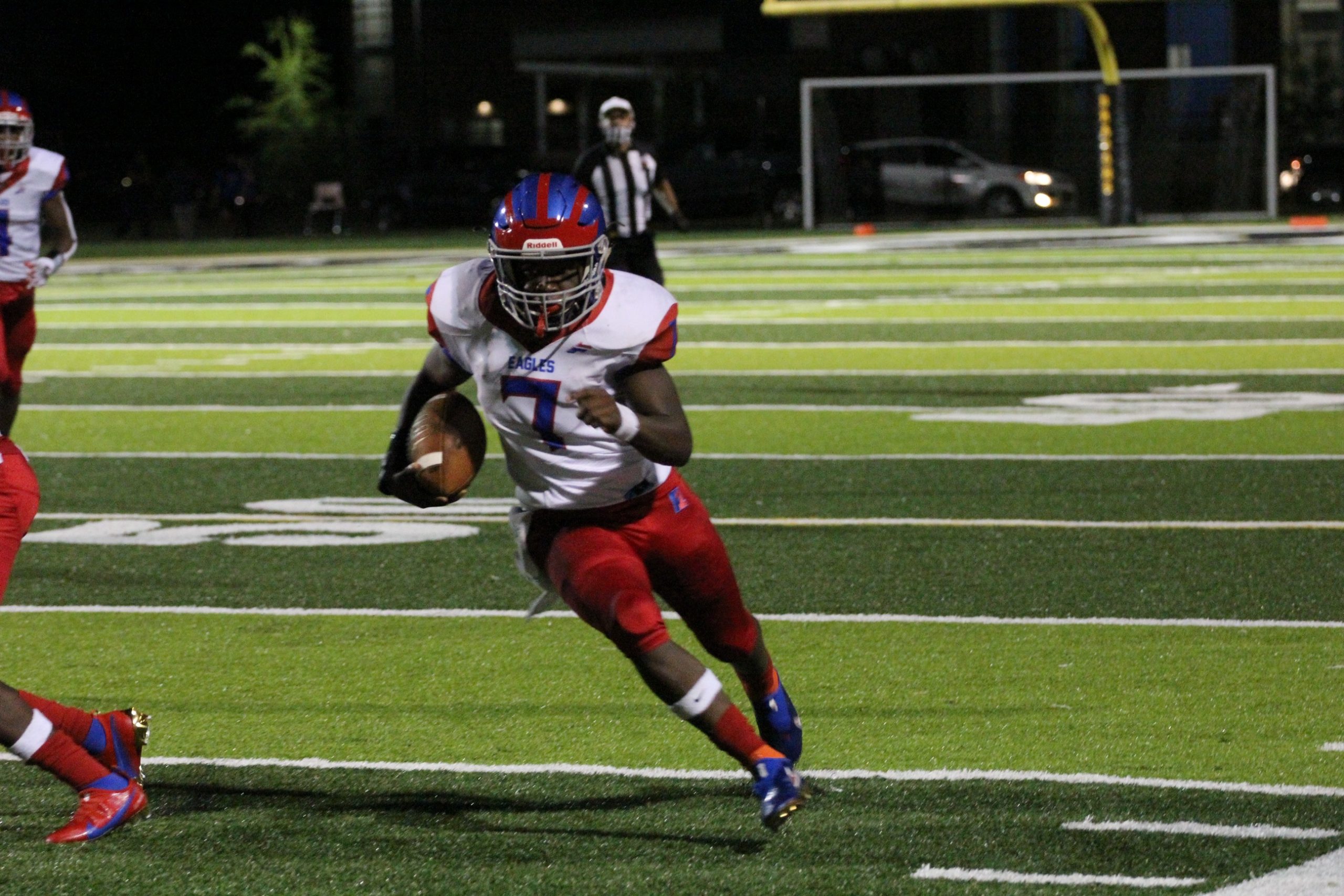 The win breaks a two-game skid for the Eagles, improving them to 2-2 overall and 1-1 in region play. Head coach George Bates and the boys remain in league play next Friday when Moody comes to town.

This week it was sophomore Troy Bruce that carried the load, as he broke free for 213 yards rushing and five scores. His long was a 69-yard touchdown run in the first quarter. He also scored from 1, 8, 13 and 34 yards out in the win.

Bruce had been taking snaps at quarterback for Center Point, but on Friday night it was Jabari Collier that went 9 of 14 passing for 224 yards and a touchdown. His favorite target was Harold Holloman who caught six passes for 155 yards, including a 38-yard touchdown.

The offensive adjustments seemed to work, as the Eagles put up their biggest point total of the year with 44 points. Prior to that, Center Point’s highest scoring effort came in a 52-28 loss to Alexandria.