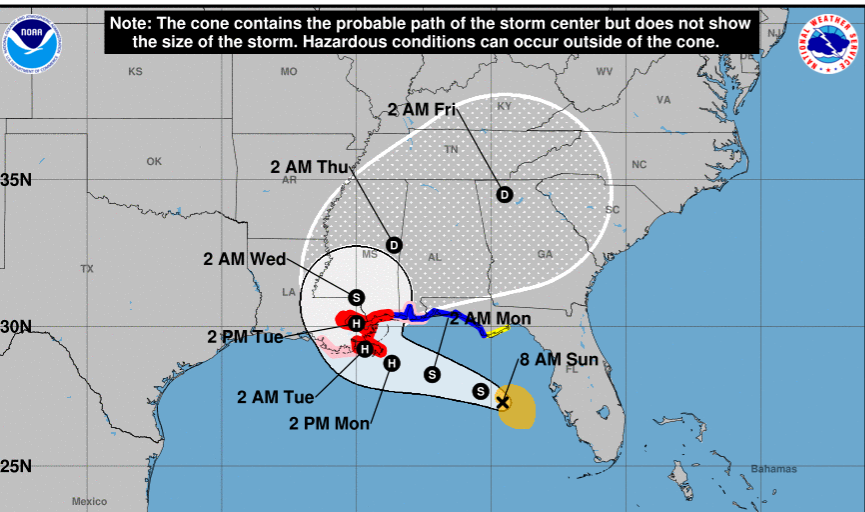 TRUSSVILLE — A flash flood watch has been issued for multiple Alabama counties including Jefferson and St. Clair  ahead of Tropical Storm Sally, according to the National Weather Service in Birmingham.

The watch will be in effect from late Tuesday night through Thursday morning. Locally, the impact is expected to be heaviest on Wednesday.

Rainfall totals of 6-12 inches could be seen in the watch area leading to significant flooding.

Tropical Storm Sally is currently in the northern Gulf of Mexico and is expected to reach hurricane strength before making landfall along the Louisiana- Mississippi coast later Monday. The center of the system is expected to turn northeast after landfall and cross through central Alabama.