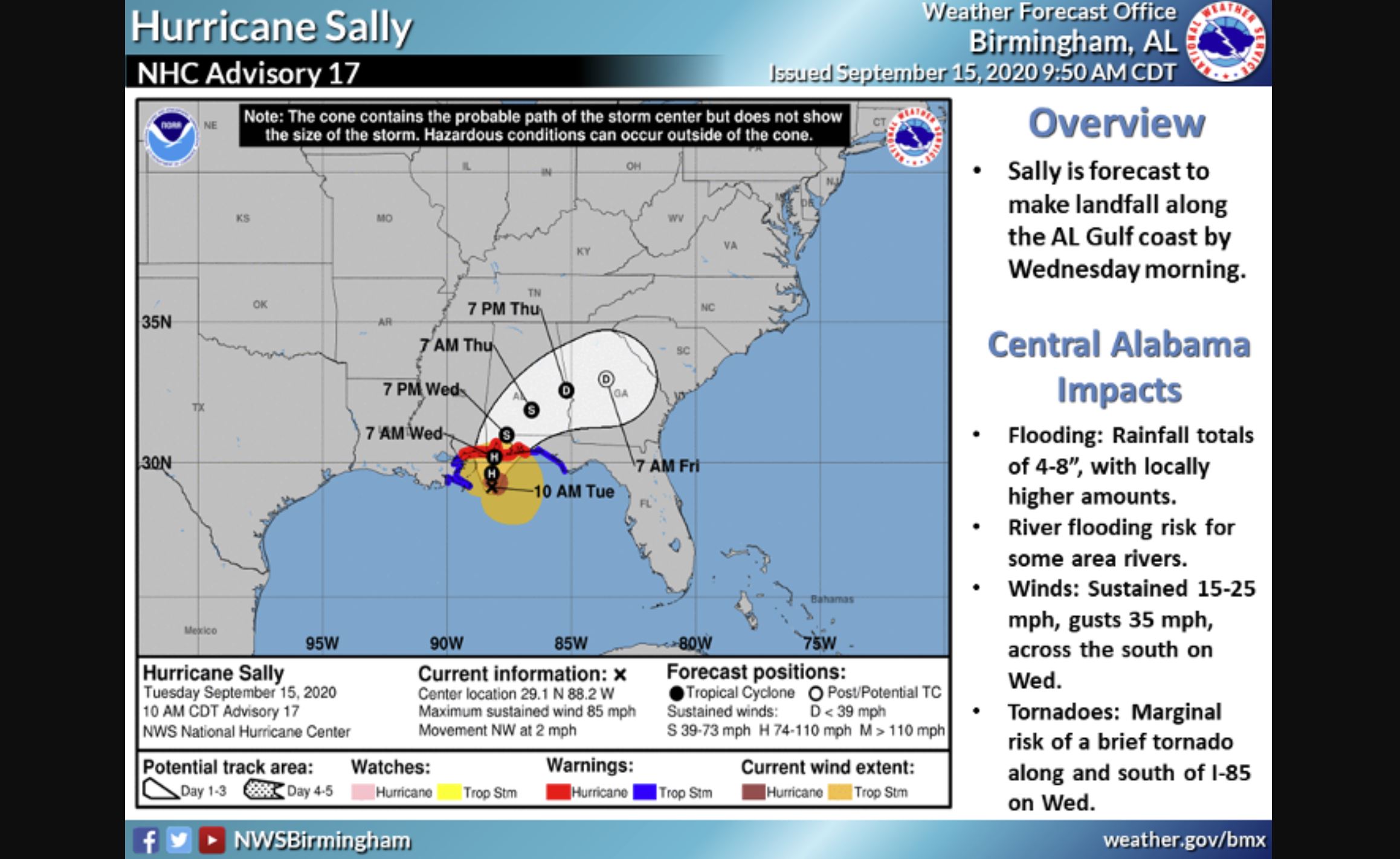 MONTGOMERY, Ala. — Hurricane Sally, a plodding storm with winds of 85 mph (137 kph), crept toward the northern Gulf Coast on Tuesday as forecasters warned of potentially deadly storm surges and flash floods

The National Hurricane Center has predicted storm surge along Alabama’s coast, including Mobile Bay, could reach 7 feet (2.1 meters) above ground. Forecasters have said Sally should reach land near the Alabama-Mississippi state line by late Tuesday or early Wednesday.

“This is not worth risking your life,” Ivey said during a news conference Tuesday.

John DeBlock of the National Weather Service also stressed the threat of flooding.

The causeway to Dauphin Island in Alabama has been closed, and they’re closing down the Bankhead Tunnel in Mobile until an expected storm surge recedes. Downtown Mobile is nearly deserted, with businesses boarded up and protected by sandbags.

Rain is starting to intensify along the I-10 highway that runs parallel to the coast through Louisiana, Mississippi, Alabama and Florida. Businesses along the highway exits appeared to be largely closed, and electronic messaging boards on the highway say that a hurricane warning for the area is “in effect.”

In Gulfport, Mississippi, white plastic bags hung over some gas station pumps, showing they’re out of gas. And along a bayou, shrimp boats are being tied up as shrimpers batten down ahead of the waves and storm surge.