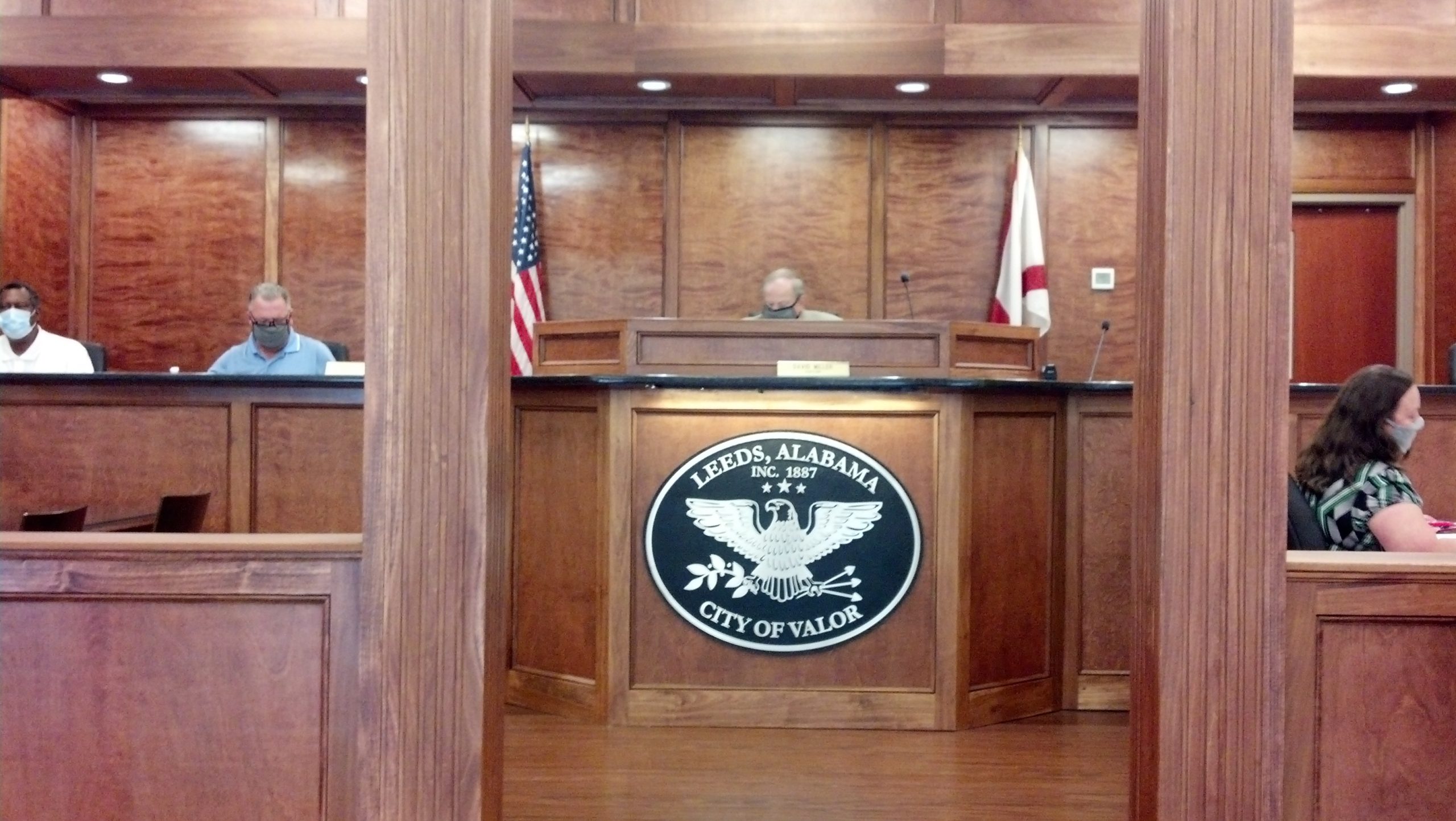 LEEDS – Among several actions taken by the Leeds City Council at a regular meeting on Monday, Sept. 14, was granting $2,000 to a memorial fund to support the wife of a Moody police officer who was killed several months ago.

Lt. Stephen Williams was an officer in the Moody Police Department who was killed in a shooting at a local Super 8 motel in June. He had served as a policeman for 23 years and was mourned by many in the Moody community following his death. He was survived by this wife and three children.

“This money was granted to his widow and she was very grateful,” said Leeds Mayor David Miller. “And we felt that it was the least we could do in recognizing his heroic service and untimely demise.”

At the beginning of the meeting, the Leeds City Council held a public hearing for the memorial in which no one spoke for or against the action.

Afterward, the council also held a public meeting to declare a property on Dunnavant Rd. to be a public nuisance. No one spoke for or against this.

Following the public hearing, the council heard from municipal court magistrate Laura Roberts regarding an incident that took place on Friday, Sept. 11 at a ballgame between Leeds and Moody high schools in which the Leeds High School band was ejected from the game.

Roberts, who was there, said that the band knew they would not be able to perform at the half time show. When they arrived on the bleachers to perform stand tunes, band leader Chip Wise was notified that Moody High School did not know that they were coming. They were asked to stand on the grass.

Roberts said that they complied, but called the behavior of the principal and superintendent “unprofessional”.

“It could have been a simple ‘Hey, we didn’t know y’all were coming. We hate to ask you to do this, but could you please leave because we’re a capacity,’” she said. “That’s not how they handled it, they were very rude from the beginning and were just really hateful to the band director in front of the children for no reason. It didn’t have to be that way.”

She said that Leeds City School Superintendent John Moore would speak with the Board of Education regarding the incident.

The Tribune was unable to reach Howard for comment on the matter.

Captain Adam Courington of the Leeds Fire and Rescue approved of the decision, calling the plan “huge” for city employees.

In his comments, Miller said that renovations to the senior center is progressing and that there will be an open position for senior center director. He hopes that the center will be ready by the time Alabama Governor Kay Ivey approves re-opening senior centers in light of the COVID-19 pandemic.

The next Leeds City Council will meet on Sept. 21.