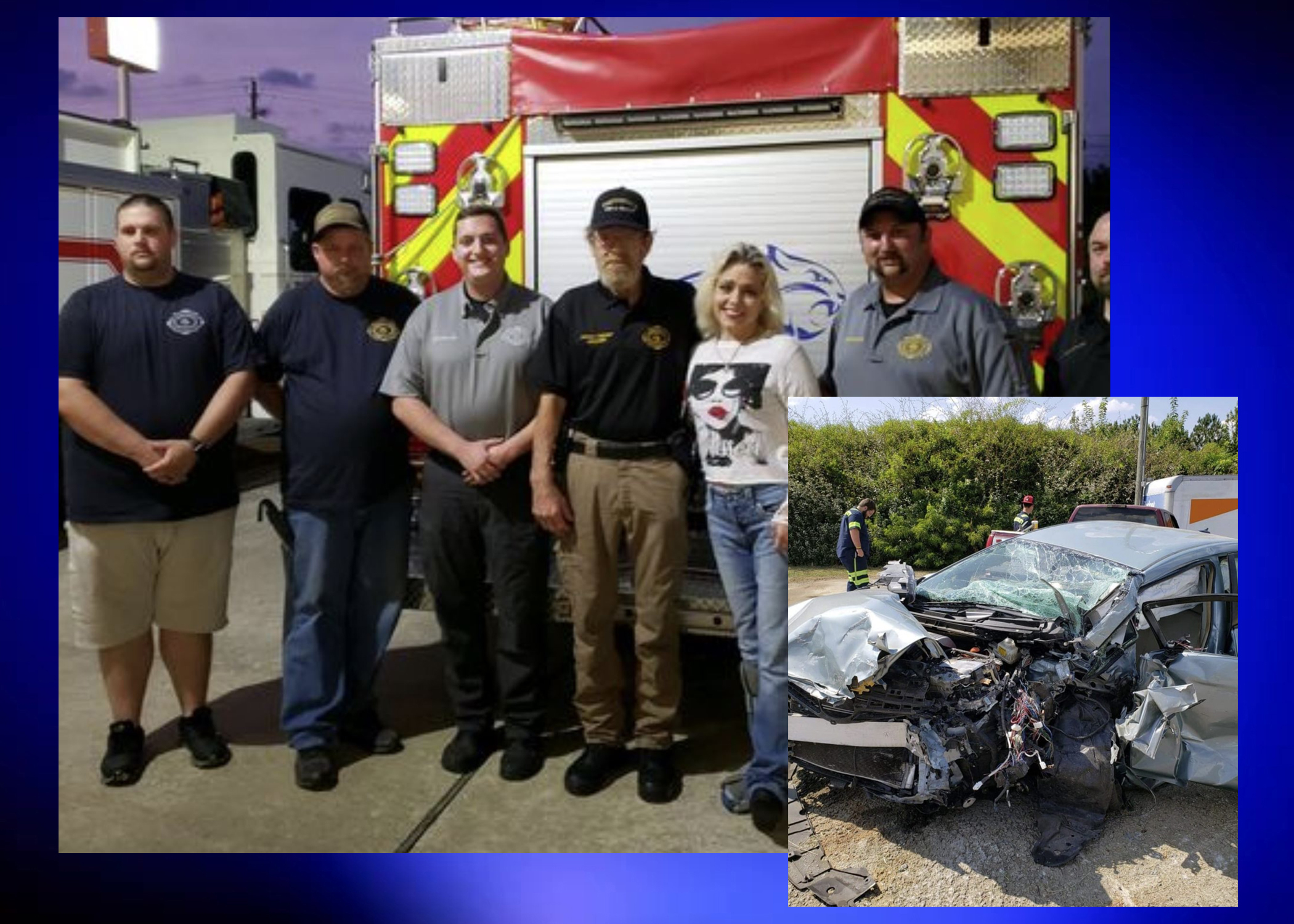 FULTONDALE — A birthday celebration ended in a nightmare for one Pinson woman after she was involved in a serious car crash in 2019. But one year after the crash, Becki Anglin was able to meet the first responders who were on the scene moments after the wreck that changed her life.

On Sept. 15, 2020, Anglin met with members of the Fultondale Fire Department.

“It’s not that I want the recognition, it’s that they need it,” Anglin said. “I don’t know how I’m here, I just don’t. I just want everyone to know what these people did for me. They risk their lives for complete strangers.” 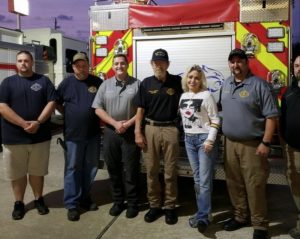 After the crash, Anglin spent 47 days in ICU, two months in rehab and she is still undergoing treatment for her injuries. Those injuries included a left broken femur, a right broken fibula, tibia and crushed heel, her left hip required a permanent pin, her left wrist was crushed, her left elbow protruded, her left shoulder was dislocated, she lost half of her ribs on her left side, her left lung collapsed, she had a hematoma, lacerations and internal bleeding. Anglin was also given a tracheotomy.

“They said I should’ve never made it,” Anglin said. “My doctor said I was Humpty Dumpty! I have had extensive surgeries. I had major internal bleeding and problems with every part of my body except my face and my right arm.”

For the past year, Anglin has undergone procedures for her physical injuries but also for the psychological impact from the crash.

“I think it’s a Godsend that I’m able to meet these guys,” Anglin said. “I have been so traumatized and I’ve had to go to therapy.”

When Anglin met the first responders, they told her they remembered the horrific crash.

“They said from the look at the car they really didn’t expect a whole lot when they first arrived,” Anglin said. “That was hard to hear.” 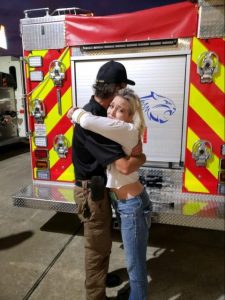 Anglin is known by many to be a giving person. She has helped others who are dealing with tragedy by being by their side and talking to them.  Anglin is drawn to help others. She is also an animal lover who has rescued dogs and taken in strays, so it’s no surprise that Anglin is once again is doing all she can to give credit where credit is due.

“I just can’t explain how much I want them to get the recognition,” she said. “If it wasn’t for them I honestly wouldn’t be here.”

Center Point Fire and Rescue also responded to the crash. Anglin hopes she will be able to meet those first responders soon.

“I am so humbled & grateful for these men, or should I say ‘heroes?” Anglin added.