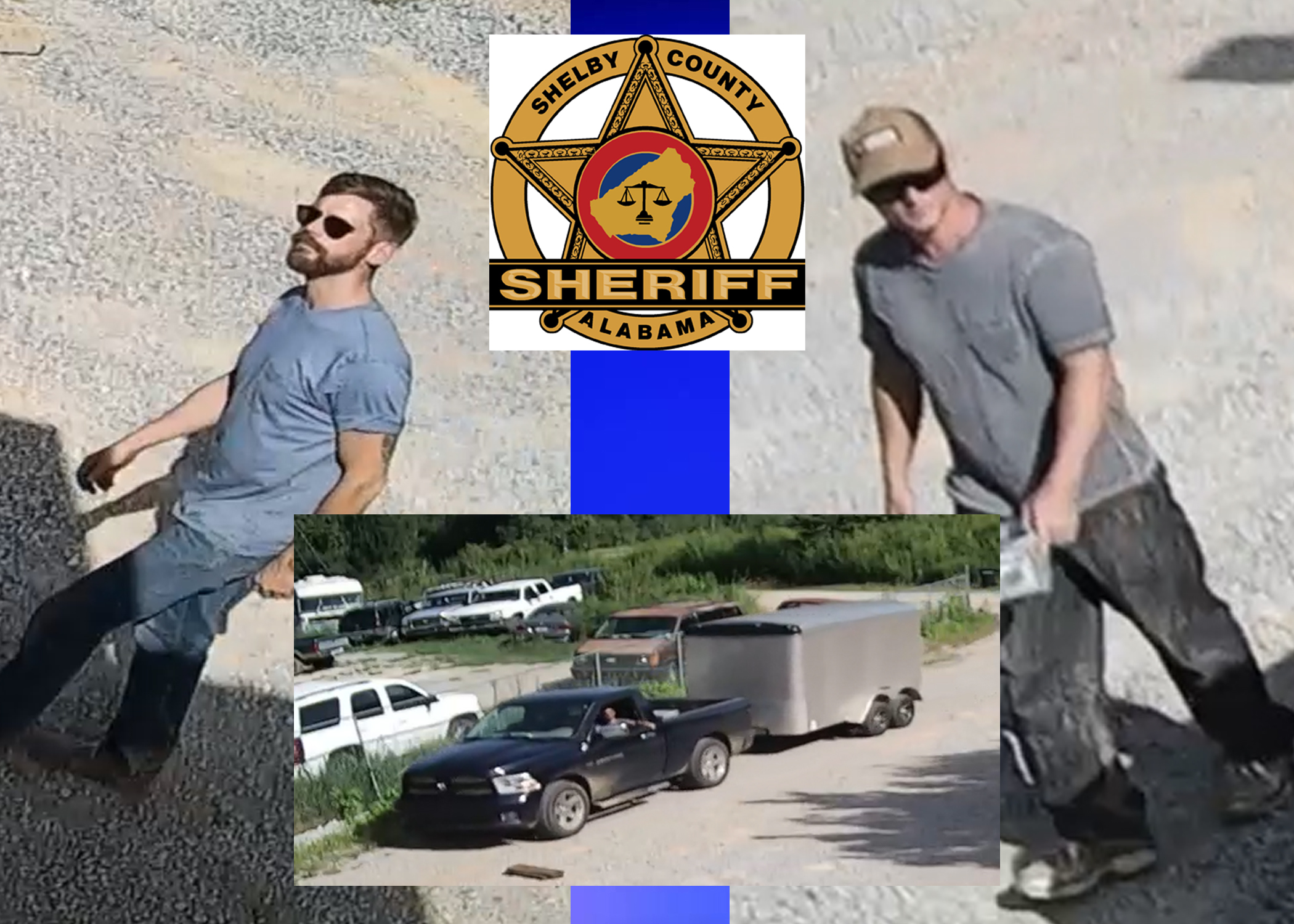 ALABASTER — The Shelby County Sheriff’s Office is asking the public for assistance finding individuals captured in surveillance images obtained in connection to a burglary.

Detectives said the burglary happened at a business in the Alabaster area.

The people were seen in a black Dodge Ram, single-cab truck, with a silver trailer attached.