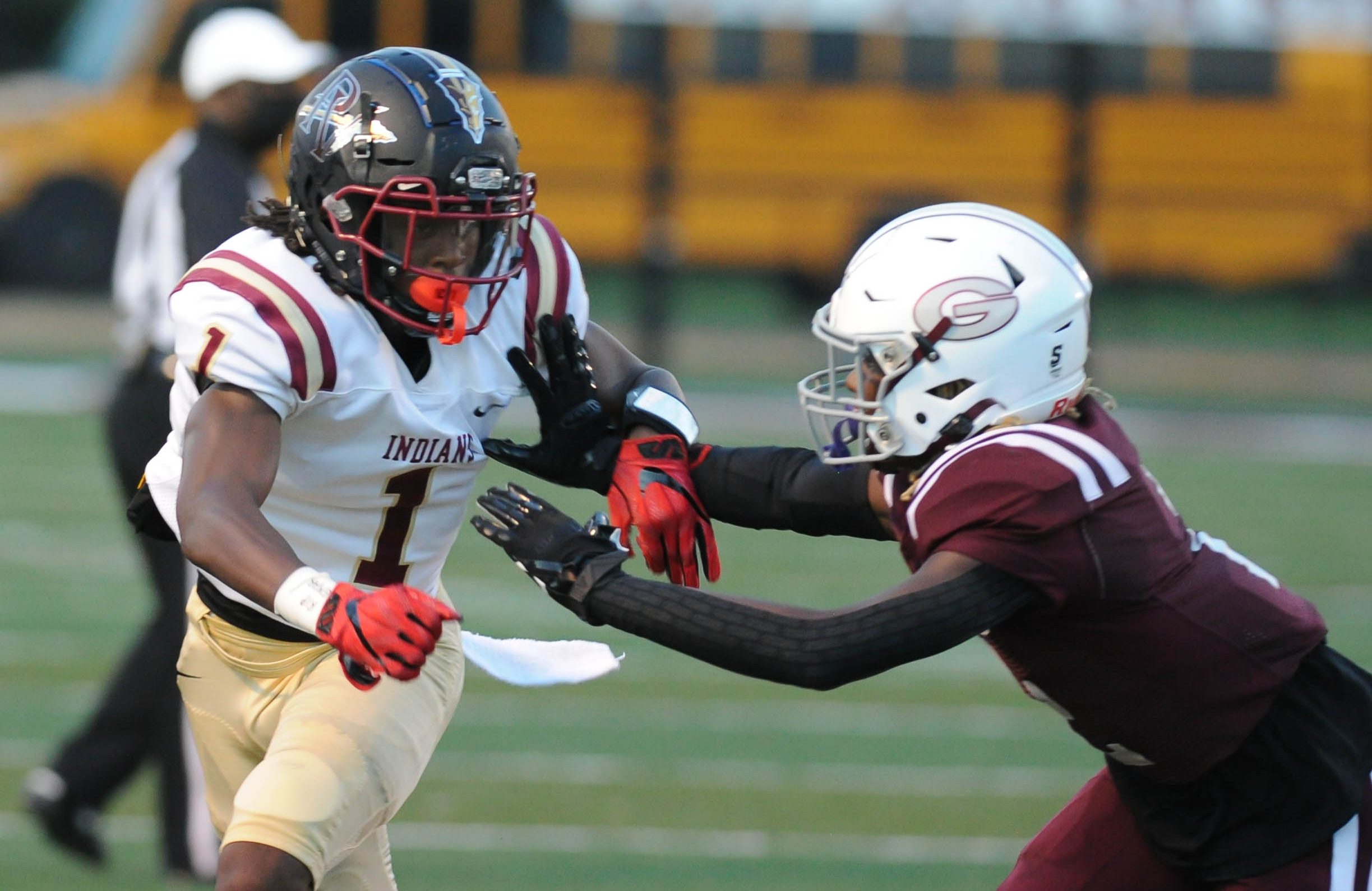 Schedule change: Pinson to visit 5A championship contender this Friday

BIRMINGHAM — The Pinson Valley football team has made a change to its Week 4 schedule.

Instead of making a trip to Park Crossing on Sept. 25 as originally scheduled, the fourth-ranked Indians will travel to Legion Field in Birmingham for a bout with Class 5A No. 3 Ramsay. Both schools reflect the change on their MaxPreps schedule.

This intra-class game features a pair of state championship contenders, as both take the field with top-ranked players in the Class of 2021.

For 6A Pinson Valley, senior athlete Ga’Quincy “Kool-Aid” McKinstry, who ranks first among Alabama seniors, according to 247Sports, is coming off a 10-reception, 93-yard, one-touchdown effort against Jackson-Olin last Friday. The Indians also lean on Virginia Tech running back commit Kinji Christian, who averaged 5.8 yards per carry on his way to 92 yards last week.

For Ramsay, 6-foot-3 defensive end Jeremiah Williams and Alabama defensive tackle commit Tim Keenan anchor a defense that has allowed a total of seven points in three outings this year. Williams checks in at No. 5 while Keenan ranks 12th among Alabama seniors, according to 247Sports.

Pinson Valley (4-1, 3-0) enters the week on a four-game winning streak after starting the Sam Shade era with a home loss to Class 7A Hewitt-Trussville. The Rams sit at 3-0 following a quarterfinal playoff run in 2019.

Kickoff from Legion Field is scheduled for Friday night at 7 p.m.