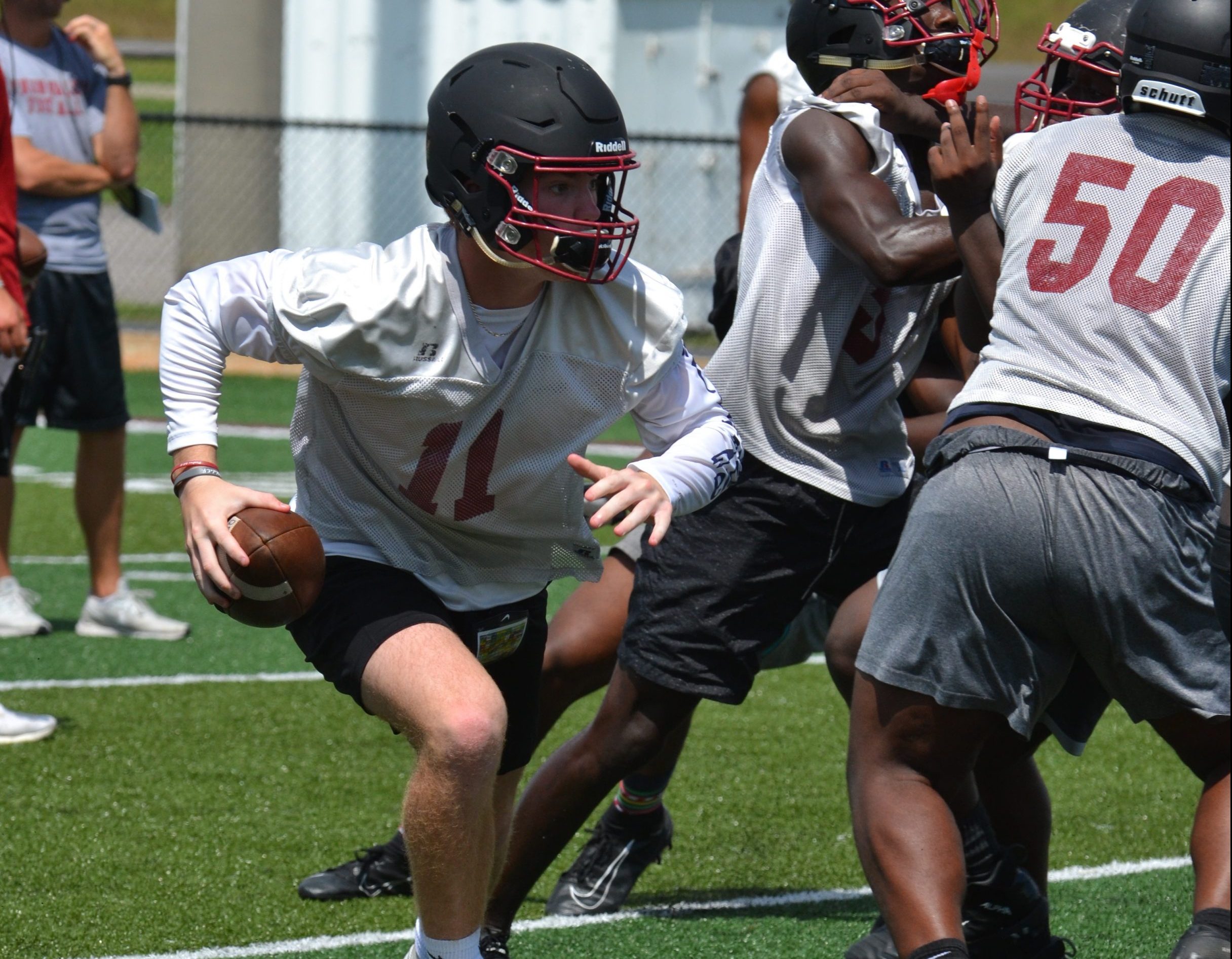 PINSON — Short of Russell Wilson on Sunday night in Seattle, it’s hard to quarterback a better game than Zach Pyron delivered on Sept. 19.

In his first year at Pinson Valley after transferring in from Fyffe, the junior quarterback has his Indians on a four-game winning streak and a share of first place in Class 6A, Region 6. His best performance to date came last Friday in a 34-18 region win over Jackson-Olin.

Pyron was efficient on the ground and through the air, making him the fourth recipient of Tribune Player of the Week honors. He completed 22 of 26 passes for 292 yards and four touchdowns to three different receivers in front of a limited crowd at Willie Adams Stadium.

The 6’3” righty found Micah Woods twice for touchdowns of 37 and 35 yards in the win. He also ripped one 59 yards to Jaquel Fells Jr. and 17 yards to blue chip senior Ga’Quincy “Kool-Aid” McKinstry. Pyron got the scoring started midway through the first with a 10-yard scamper to the end zone, completing his five-touchdown effort.

His four-ranked Indians (4-1, 3-0) will need more of that magic this Friday night in an intra-class collision with Class 5A No. 3 Ramsay (3-0). The Rams, who field two of the top defensive players in the state, have surrendered a total of seven points in three games this season.

Kickoff from Legion Field in Birmingham is scheduled for 7 p.m. Friday night.