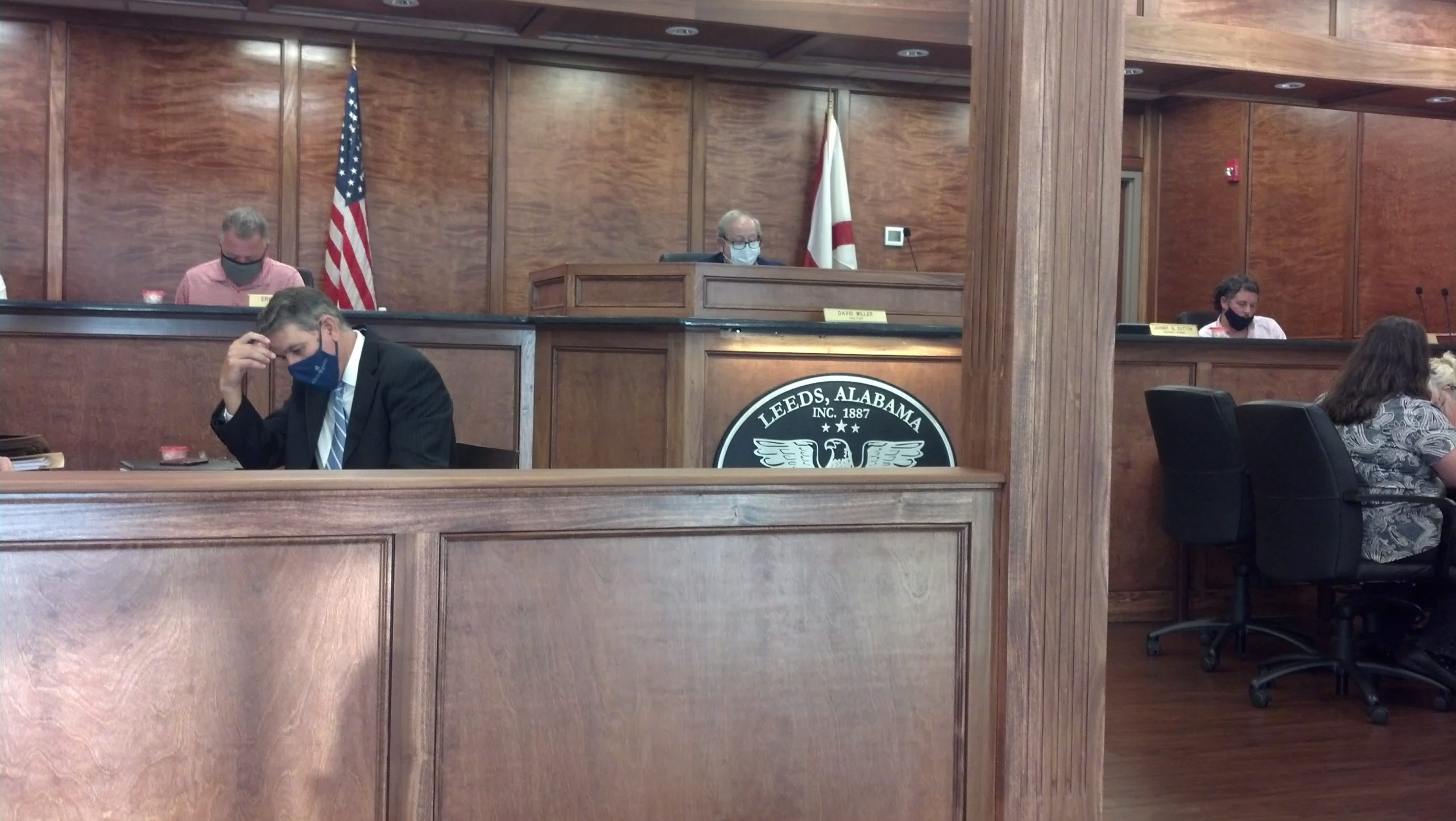 LEEDS – During a regular meeting on Monday, Sept. 21 the Leeds City Council approved a hiring freeze for all city departments. Mayor David Miller said that the freeze was in response to the current COVID-19 pandemic in order to save on personnel costs.

Since the outbreak earlier this year, the COVID-19 pandemic has significantly impacted national, state, and local economies. The CDC reports that there are more than 6 million cases in the U.S. with nearly 200,000 deaths and counting as of this date.

During the Monday night meeting Leeds Police Chief Jim Atkinson reported that a rookie officer had tested positive for the virus but that he believed that she would recover. He also said that others that had been around her have been tested and are awaiting results. Fire Chief Chuck Parsons said that tests for department employees have come back negative for the virus.

“This virus is so terrible and we’re doing everything we can against it, but you never know,” Atkinson told the council.

The pandemic has caused numerous changes to everyday life for most – if not all – Americans, with Leeds as no exception.

“What happened was the first month of COVID, virtually everything was shut down,” Miller said. “Our revenue dropped over $900,000 just for that one month. And then it’s gradually come back to a better level but not a normal level each month since then as various things come back on line.”

But despite this, Miller said that the city remains stable because of the reserve.

“We’re extremely sound, we have a tremendous reserve but the reason we keep our bond rating is because we have that reserve,” he said. “And if we don’t keep that bond rating then all of a sudden our bond interests escalates tremendously, so we have to do that. I can’t give you a solid date as to when we will take the hiring freeze off. It’ll be as soon as possible.”

“The finance committee’s been hard at work on this and they also had to make some tough choices to come up with a budget plan that best suits the position of the city,” Miller said.  “And we all hope that as we go forward more and more businesses will reopen and revenue will return to normal.”

A copy of the budget can be seen online in the agenda packet section of the city’s website.

Toward the end of the meeting the council passed another abatement resolution, this time for a property on Cogbill St. A public hearing was held before the regular meeting began in which no one from the public spoke for or against the resolution.

Councilwoman Linda Miller said that the property was derelict, describing it as “uninhabitable” and that there were signs of drug use there, warranting a resolution that would declare it a public nuisance. The measure was passed unanimously by the council.