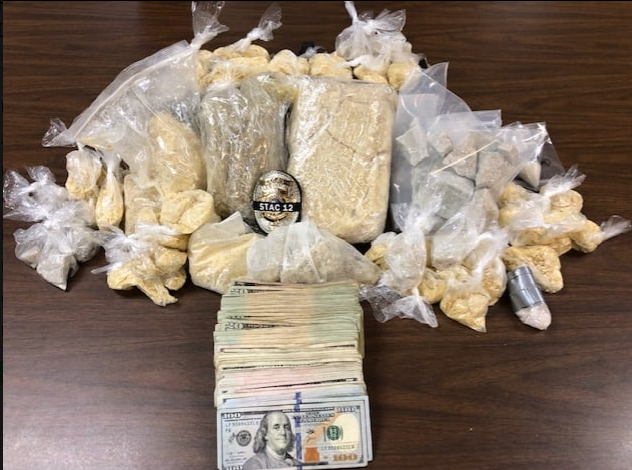 HUNTSVILLE —  Agents from the North Alabama Drug Task Force (STAC) seized over nine pounds of an extremely dangerous synthetic drug called Flakka. This stimulant is also referred to as gravel and the “Zombie Drug” due to the effects it has on its users.

According to medical research, this new form of “bath salts” is more dangerous and unlike anything previously seen.

“This drug affects people in ways no other drug ever has,” according to rn.com. “People who use it have gone on mad, violent, zombie-like rampages.”

The Huntsville Police Department announced the seizure on Friday.

“This seizure is just another case where STAC agents are keeping the communities of north Alabama safe,” HPD said in a statement released Friday. “Agents also seized nearly two pounds of MDMA, thirty-one grams of meth, and approximately $5,500 in drug proceeds. The street value of this seizure is approximately $290,000.”