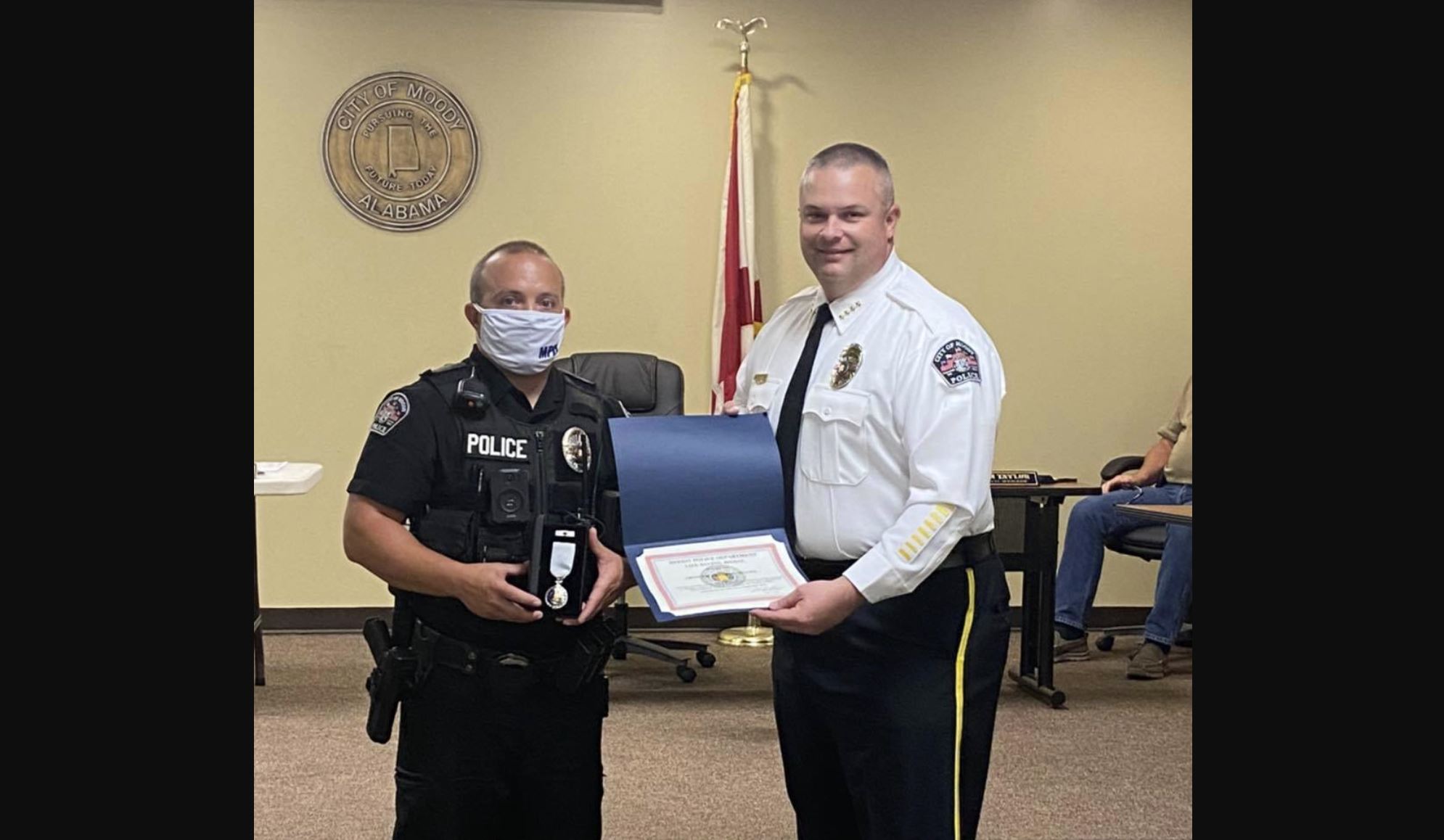 MOODY — A Moody police officer was awarded on Monday, Sept. 28, 2020, for saving the life of a burglary suspect.

Officer Trenton Wicks was presented with the Life Saving Medal for his actions on Aug. 13. The officer was dispatched to a burglary in process. When he arrived on the scene he realized the suspect had severely injured himself on broken glass. Wicks applied a tourniquet on the suspect.

Chief Thomas Hunt said the suspect was taken to the hospital where doctors said if not for the actions of Wicks, the suspect would have likely died.

“His actions reflected an understanding of a sense of service that is afforded to all citizens,” said Hunt.

Wicks was also presented with the Chief’s Award of Excellence last December.