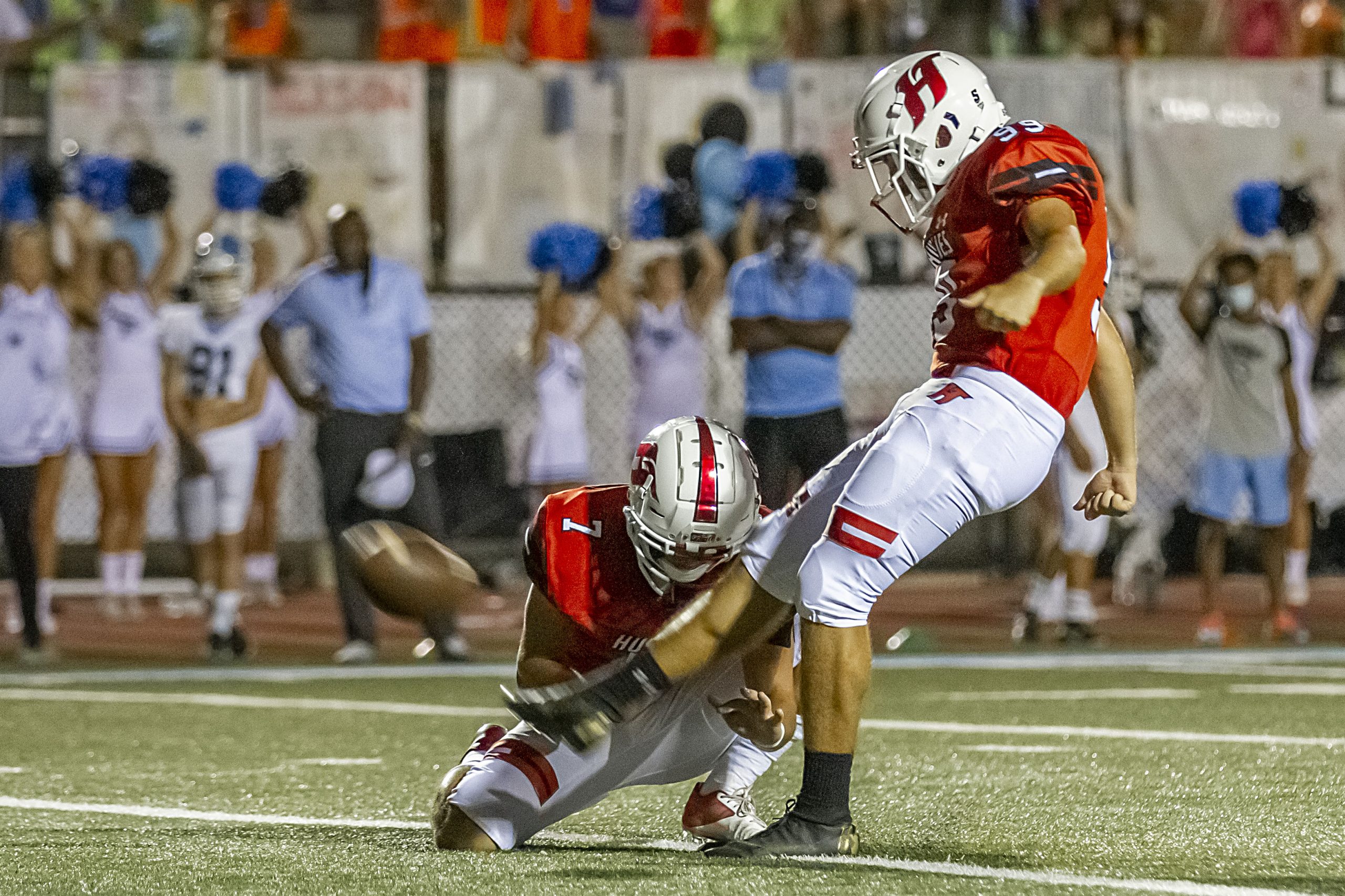 Hewitt-Trussville kicker Ethan Wilson is 3 for 3 on field goal attempts so far this season. Photo by Ron Burkett

Wilson slapped through the game-winning field goal — a 40-yard effort — to send the Huskies past Huffman, 3-0, in non-region play. He provided the only offense on a night dominated by defensive play.

“Ethan smoked it through the uprights,” Floyd said following the road win. “We were fired up. We believe in him. He can get the job done. I’m proud of him for coming in at that moment. We had thought about going for it, but we gave him a chance.”

His clutch kick sets anew season long at 40 yards. The senior is third on the team in points accounted for with 29, behind running backs Armoni Goodwin (60) and Sean Jackson (32). Wilson is a perfect 3 for 3 on field goals and 20 for 20 on extra points so far this fall.

He hopes to keep that streak alive this Friday night with second-ranked Hoover coming to Trussville for a Class 7A, Region 3 tilt.