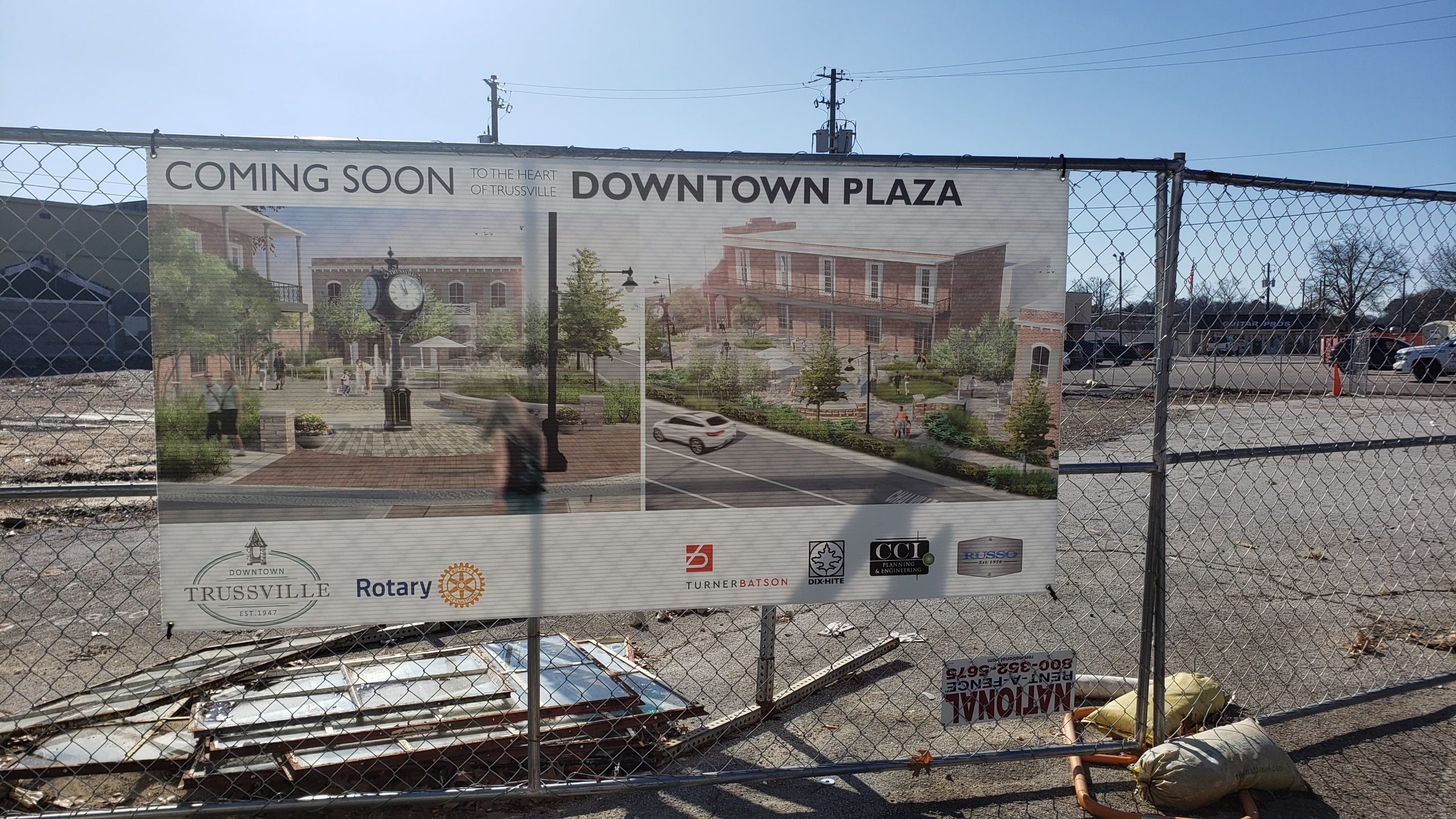 TRUSSVILLE — The Trussville City Council will gather for a special called meeting on Friday, Oct. 2, 2020, to discuss a land swap agreement that is one more step in making the new downtown plaza a reality.

Mayor Buddy Choat said property lines in the area of North Chalkville Road and Linden Street, near the old Braden’s Furniture store, had to be redefined in order to allow the work to continue on the plaza.

Plans for the plaza include the development of the corner lot into a focal point of the downtown area. There will be a large clock, donated by the Trussville Rotary Daybreak Club. Linden Street will also be revamped and parking will be added to the area.

Mayor Buddy Choat said in the meeting Friday, he will present an agreement between the city and the other property owner (Barbers) that will divide the property and make the property lines more defined.

“Right now, the way it is we both have a little bit encroaching on one another’s property lines and we just thought it would be better to square it up,” Choat said.

The move is necessary in order to allow Russo Corporation to get started on more work in the area. Choat said final plans are being reviewed and work should start within the next couple of weeks.

The plaza is just one part of the city’s downtown redevelopment plan. The Trussville Entertainment District (TED) was the first phase of the vast plan and the city celebrated the opening of the TED Saturday with a concert on the new stage and the showing of a football game on the big screen.

The special meeting will begin at noon, at Trussville City Hall located at 131 Main Street.

City Clerk Lynn Porter also said there will also be a resolution considered that will authorize an agreement with Jefferson County under the COVID-19/CARES Act, for local expense reimbursement.