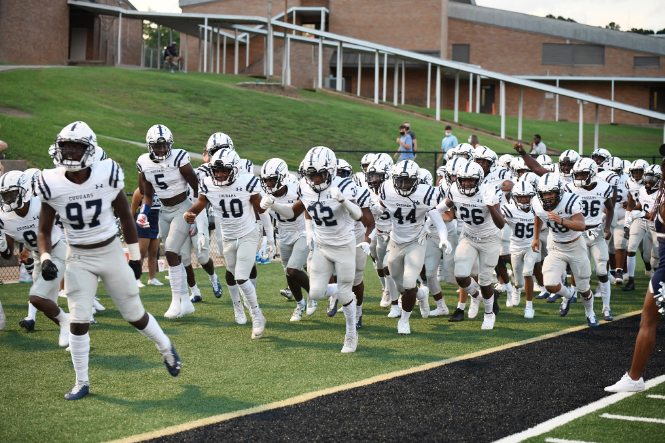 PINSON — Clay-Chalkville and Jackson-Olin will not take the field tonight at Cougar Stadium.

According to announcements from CCHS Friday morning, Jackson-Olin has canceled the Class 6A, Region 6 contest due to concerns surrounding COVID-19. 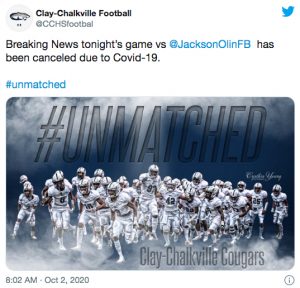 If the game were to result in a forfeit, the fourth-ranked Cougars would improve to 6-0 overall, including a 4-0 mark in league play. The Mustangs would slip to 3-3 on the season.

The announcement is particularly unfortunate considering Clay-Chalkville is coming off a bye week. Coach Drew Gilmer’s squad is scheduled next to visit Mortimer Jordan on Oct. 9 — 21 days removed from its last game on Sept. 18 at Minor. The Cougars also missed action on Aug. 28 when they accepted a forfeit over Hueytown.