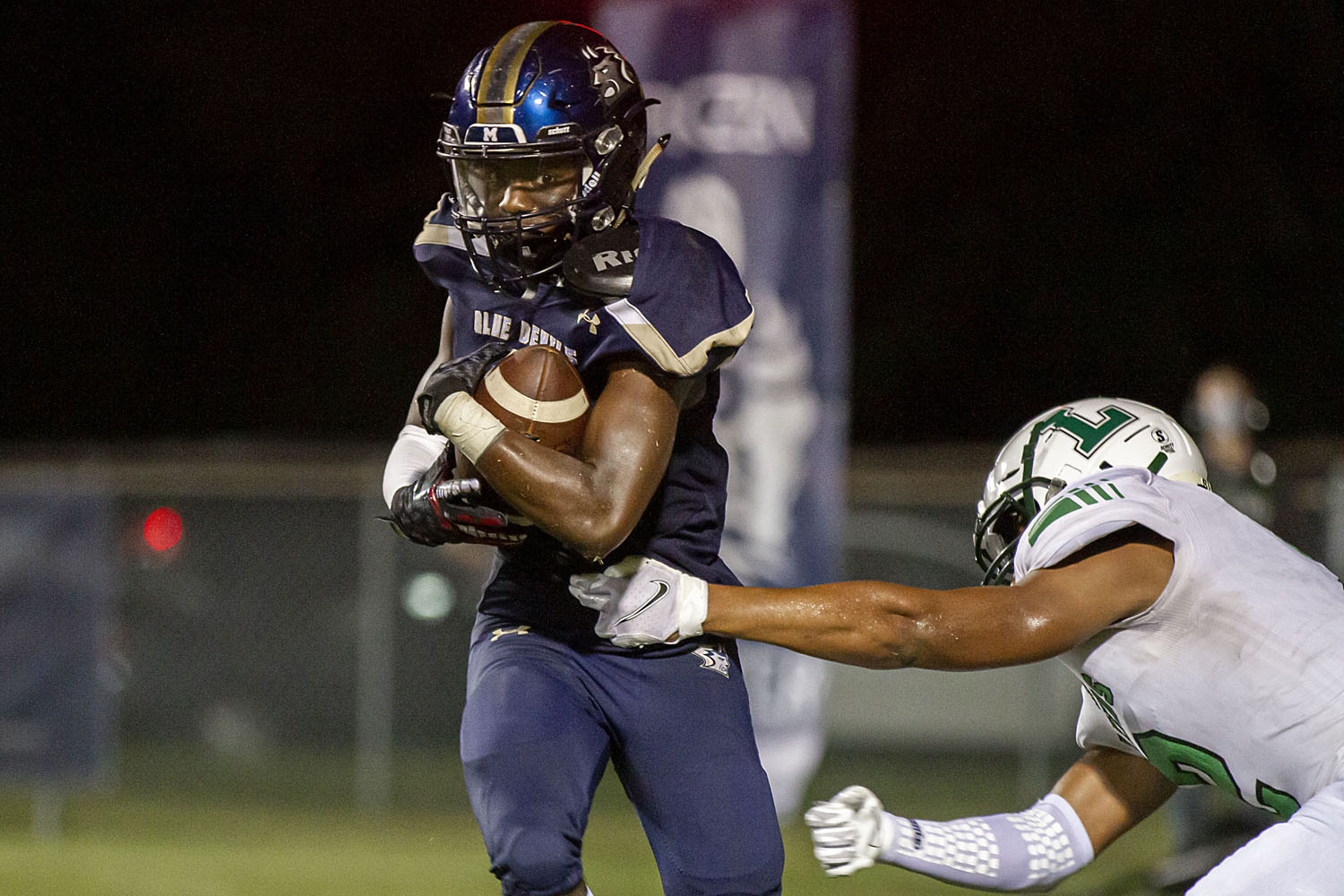 Moody goes quiet in 2nd half, Saints pull away

ODENVILLE — St. Clair County went for 22 unanswered points Friday night in the second half to beat Moody 35-14 in the 41st meeting between the two rivals.

The Blue Devils led 14-13 at the break, but were unable to muster any offense in the second half as the previously winless Saints pulled away with 15 points in the third quarter followed by another touchdown in the fourth.

For St. Clair County, Friday night’s win cuts into the series deficit, which currently stands at 23-18 in favor of Moody.

The Blue Devils slide to 0-5 on the year, including an 0-3 mark in Class 5A, Region 6 play. Head coach Adam Wallace will try to turn it around next week when Corner travels in for another league contest.