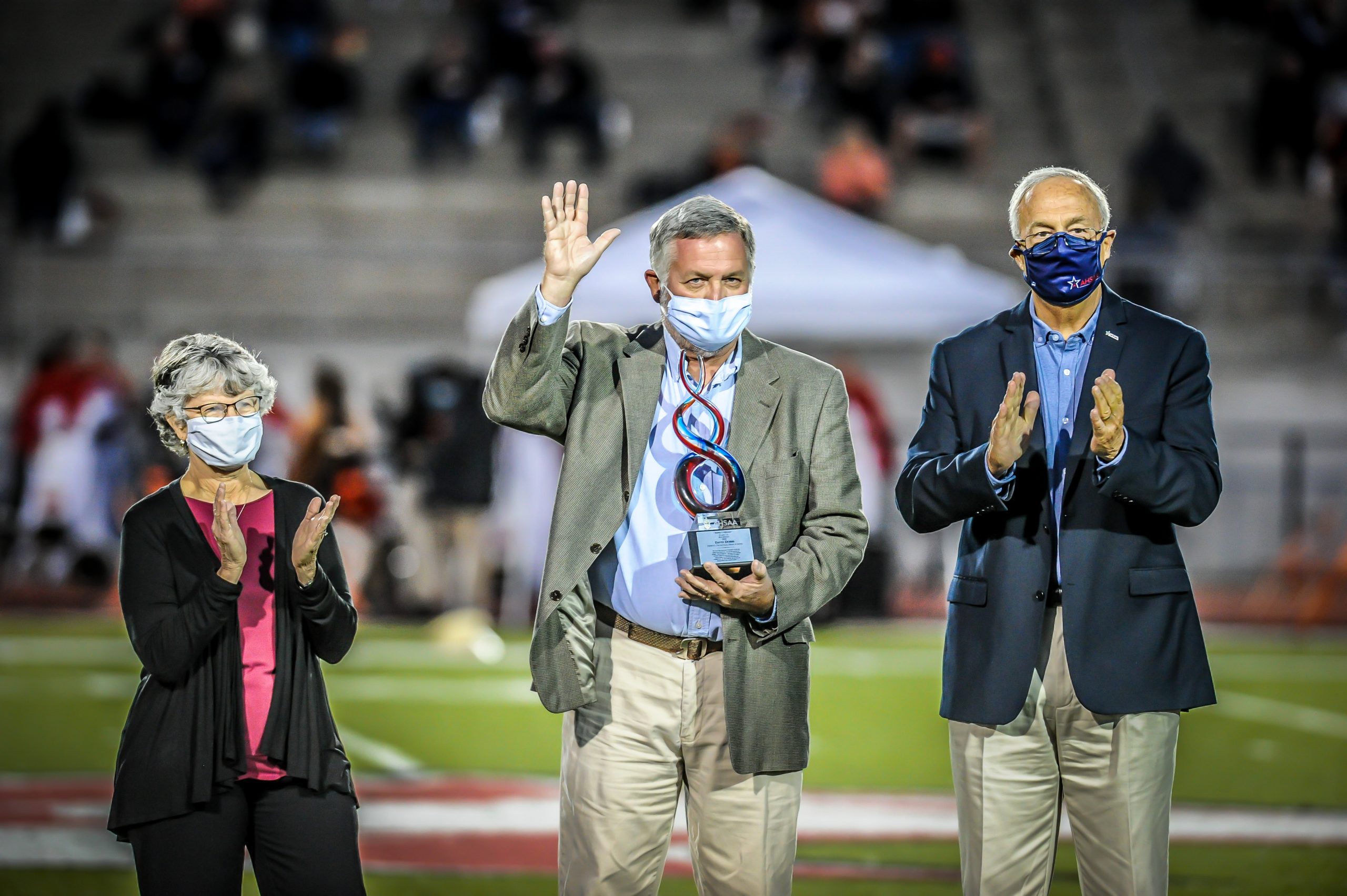 TRUSSVILLE — David Dobbs took a bow on Friday nigh in Trussville.

The longtime Hewitt-Trussville cross country coach was recognized at midfield prior to the Huskies’ second home football game of the season — a back-and-forth Region 3 tussle with No. 2 Hoover.

During his pregame recognition, Dobbs received the prestigious AHSAA Making a Difference Award, representing Class 7A. AHSAA executive director Steve Savarese was on hand to present the trophy on Husky Field.

The honor is given annually to seven influential role models across the state, representing each of the AHSAA’s seven classifications.

Unlike his runners, Dobbs is slowly approaching the tape of his career. He left the classroom a couple of years ago and stepped down as head track coach after last season. He remains the head cross country coach and will be an assistant for indoor and outdoor track. “I’m slowly pulling the band-aid off,” he said.

“His professional accomplishments are impressive,” Hewitt-Trussville athletic director Lance Walker said. “But the way he makes a difference goes far beyond the track. He is a professional who always has made a difference with the students in the classroom and is a mentor to new coaches – offering his wisdom and advice when requested.”

Dobbs began his teaching career within the Trussville school system as a physical education teacher at Hewitt-Trussville Middle School in 1990 before becoming the science teacher at the middle, junior high and high school. Under his watch, more than 80 student-athletes have signed college scholarships.

“Coach Dobbs represents everything that is right about high school athletics,” Walker said. “He built our track and field program from the ground up and has devoted his professional career to making our program one of the most respected in the state. I am most thankful for the impact he has had on the kids in our community over the past few decades. I regularly hear from his former athletes and they share all the positive ways in which Coach Dobbs impacted their lives.”