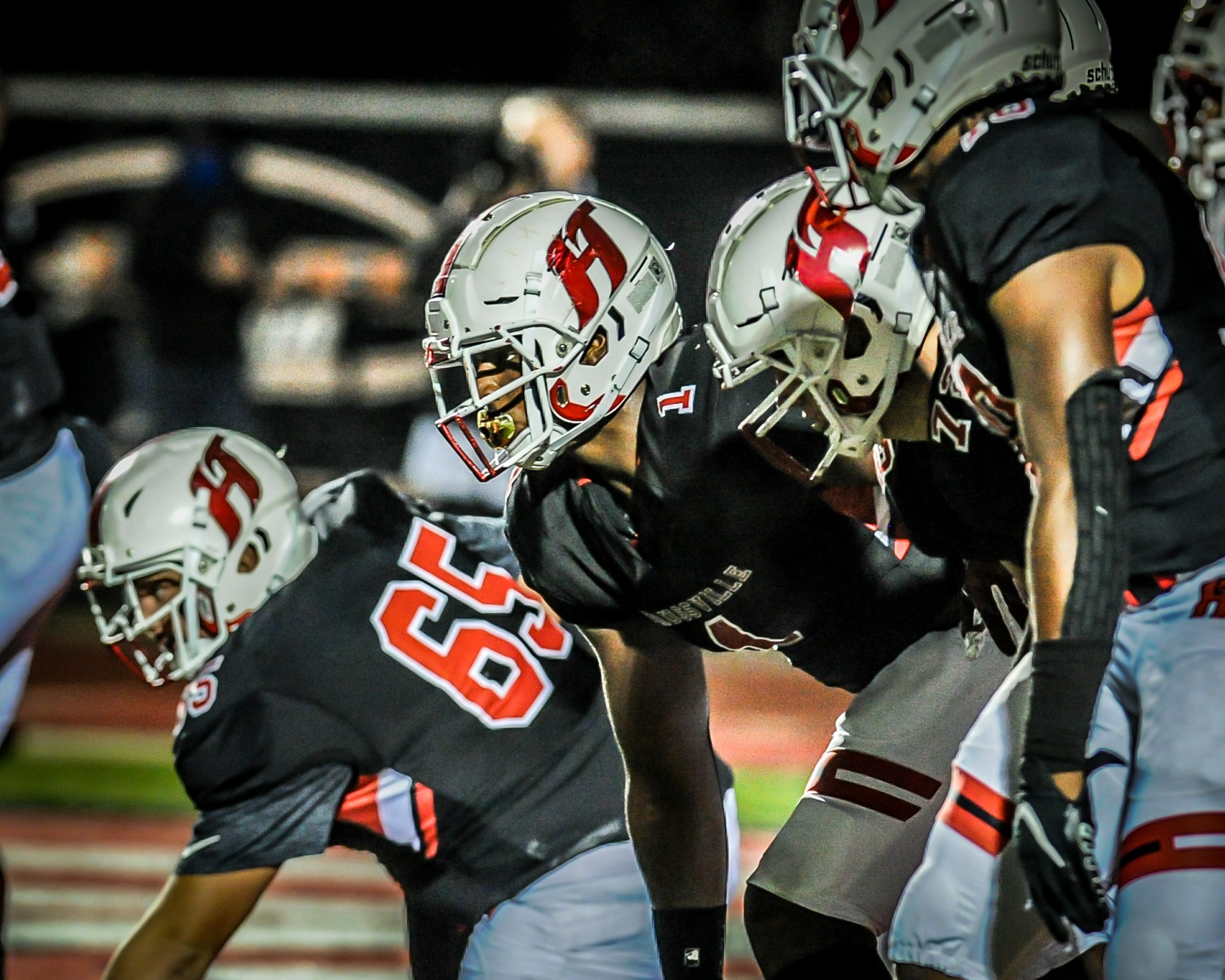 Hewitt-Trussville defensive lineman Justice Finkley (1) settles into position during a home game against Hoover on Oct. 2, 2020. Photo by Vickie Unlap

UPDATE: Vestavia Hills announced on Tuesday that its Week 8 home game with Hewitt-Trussville has been rescheduled to Thursday night. Kickoff from Thompson Reynolds Stadium is scheduled for 7 p.m.

Due to the threat of Tropical Storm Delta, which is headed into the Gulf of Mexico and could collide with the Alabama Coast as a hurricane on Friday, local high school football teams are changing plans.

On Monday morning, Center Point announced its game with Hayden would be moved up to Thursday night. On Monday evening, Leeds, Moody and Clay-Chalkville followed suit.

Clay-Chalkville will look to stay unbeaten on Thursday night at Mortimer Jordan.

No announcement has been made regarding Springville’s Friday-night home game against Pell City.