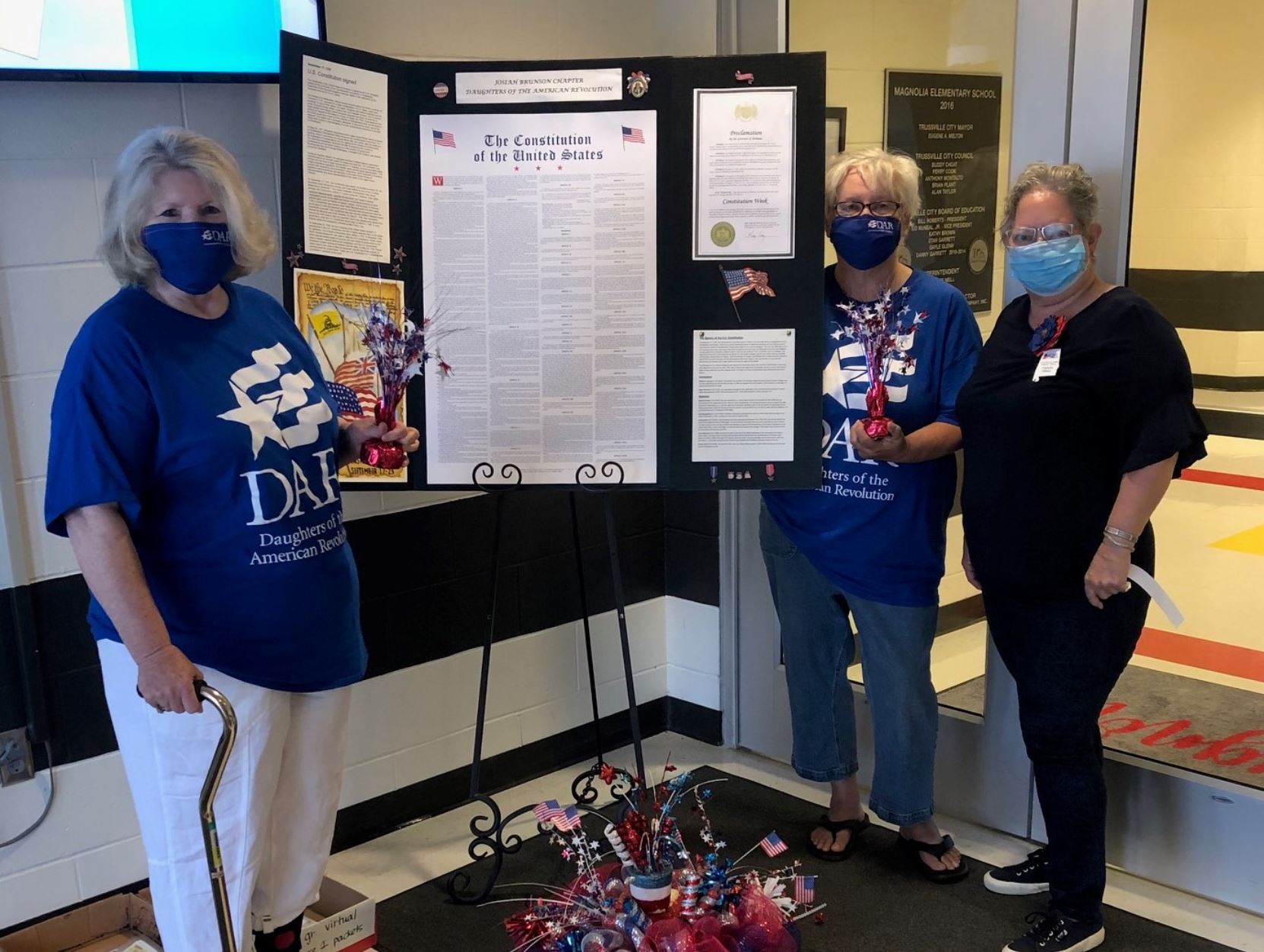 Local chapter of Daughters of the Revolution celebrate Constitution Week

The Josiah Brunson Chapter of DAR promoted the week throughout the month of September with Constitution booklets, bookmarks with the Preamble and other patriotic items. Those items were distributed among children at Magnolia Elementary and to home-schooled children.

“The items included information explaining the importance of our nation’s most influential document,” Lynne Williams said.

Constitution Week is the commemoration of America’s most important document. The celebration was started by DAR and was signed into public law on August 2, 1956, by President Dwight D. Eisenhower.

“The purpose of the Daughters of the American Revolution is to support historic preservation, further education, and encourage patriotism,” said Williams. “It is a volunteer women’s service organization, open to all women 18 years of age or older, who can prove direct lineal descent to anyone who supported the cause of American freedom during the Revolutionary War.”

The DAR has also erected a structure that is built in tribute to the Constitution of the United States. DAR Constitution Hall, which is a performing arts center, opened in 1929.