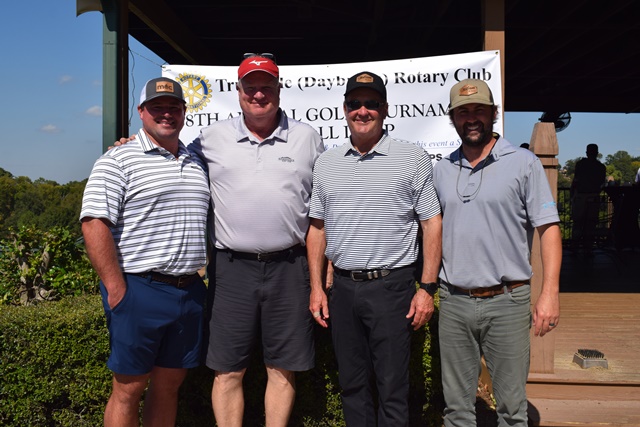 TRUSSVILLE — The Trussville Daybreak Rotary Club added a new twist to its annual golf tournament, which was held on Monday, Oct. 5 at Highland Park Golf Course.

Per usual, the 28th annual charity golf tournament raised money for scholarships and various projects. It also included a ball drop thanks to the help of the Jefferson County Sheriff’s Department, which provided a helicopter that flew over the course and dropped more than 1,000 numbered golf balls over a designated hole.

Participants purchased numbered tickets corresponding to the golf balls, and the two closest balls to the hole represented prize money of $1,500 and $1,000, respectively, for the recipients: Doug Smith and Bob Smith.

The tournament was directed by Frank Jett, who was assisted by Randy Jinks.

The longest drive prize went to David Starling, and closest to the pin was Richard Abernathy.