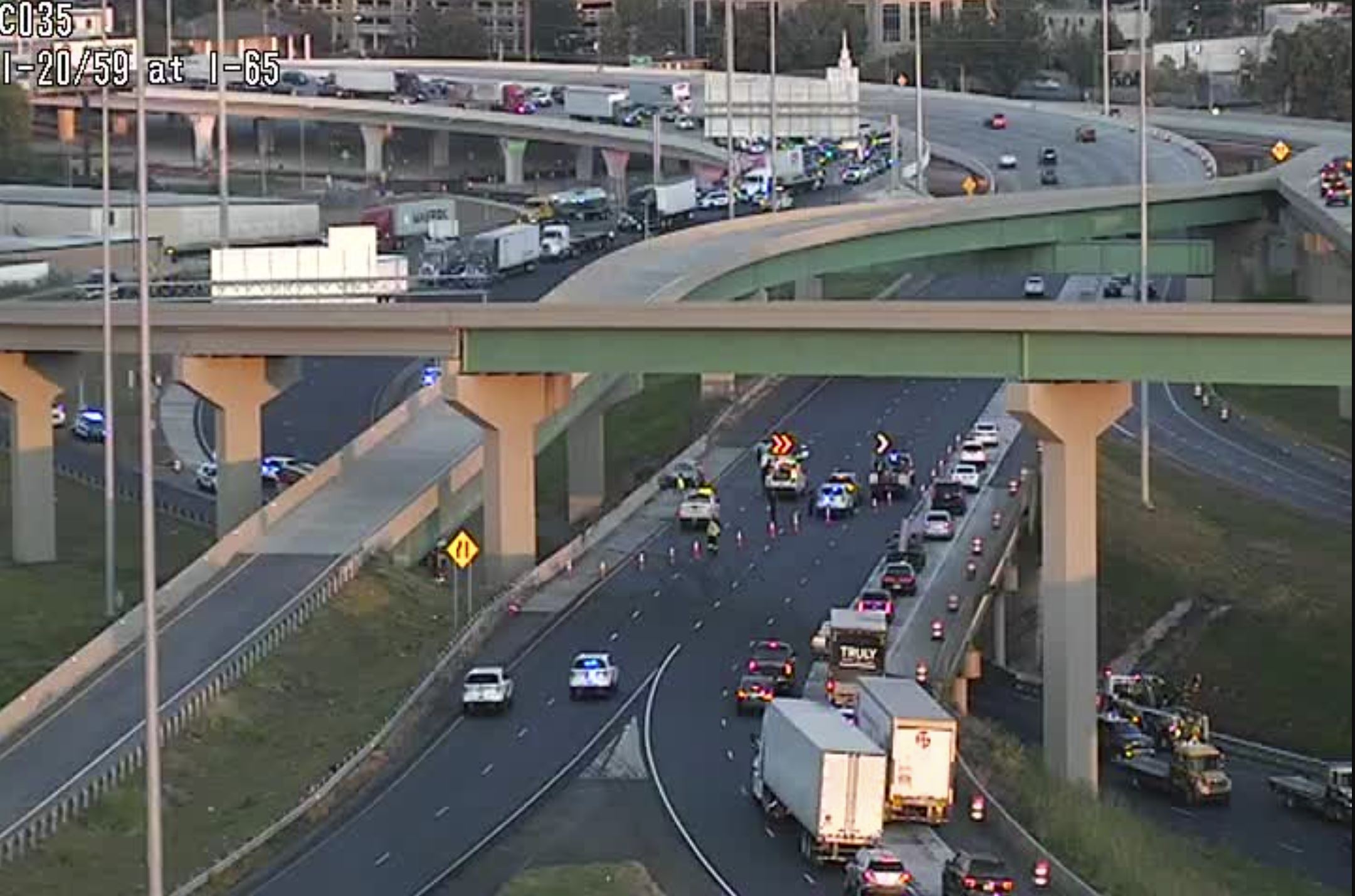 BIRMINGHAM — The Jeffferson County Coroner’s Office identified the person killed in a rush-hour crash in downtown Birmingham on Tuesday, Oct. 6, 2020.

Charles Eugene Pearce Jr., 59, of Gulf Shores, was killed when the car hauler tractor-trailer he was driving left the exit ramp on Interstate 65 and fell onto I-59/20.

Pearce was pronounced dead on the scene. Two other vehicles were involved in the crash and one person was taken to the hospital for treatment.

Birmingham Police were on the scene Tuesday afternoon investigating. Traffic was blocked near the crash site causing traffic delays.