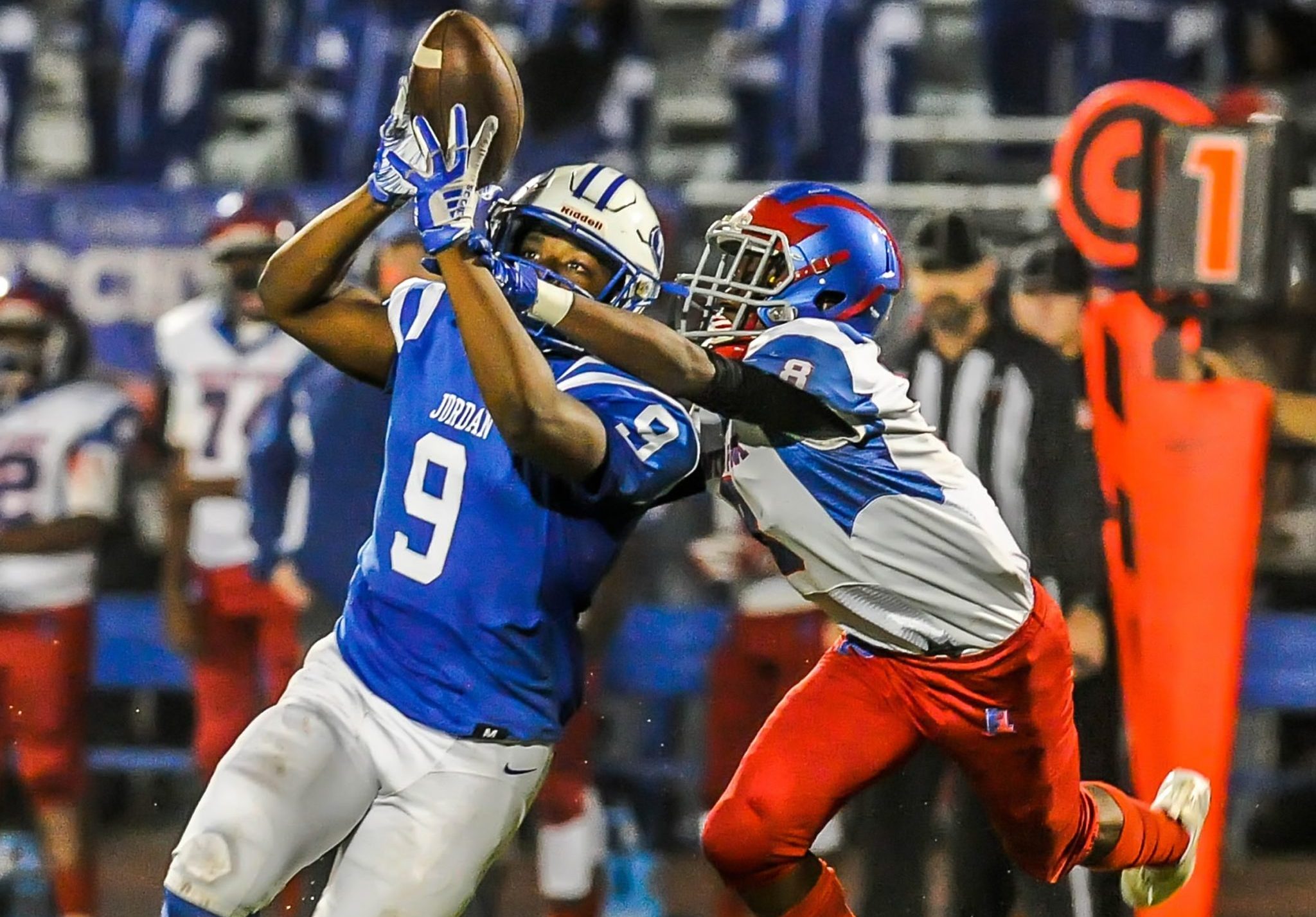 CENTER POINT — With Center Point’s spot in the Class 5A playoffs in doubt following this past week’s heartbreaking loss to newly-minted region rival Leeds, the Eagles entered Thursday night’s contest against Hayden with their most consequential game to date.

A victory for Center Point would place it in the driver’s seat for its third consecutive playoff berth, while a loss would send the Eagles plummeting to fifth place in Class 5A, Region 6 with the next two games morphing into a win-or-go-home scenario.

And much like George Bates’ Center Point teams of old, the youthful Eagles showed little tentativeness, holding off Hayden, 54-32, behind an unforgiving defense and sophomore Troy Bruce’s five-touchdown evening.

“Right now, our word is overcome,” Bates said. “We want to overcome any difficulties. It wasn’t pretty, but with a young team like this, it’s not going to be pretty all the time. It’s easy for us to correct mistakes after a win. This team just needs to win and play as many games as they can play.”

Center Point entered the night in third place in the region following Leeds’ come-from-behind victory over the Eagles this past Friday. A loss to Hayden, and a Corner victory against Moody, would have dropped Center Point into fifth place with just two region games remaining on the season.

With that much at stake, the Eagles made sure to slam the door shut early on Hayden’s hopes of bullying its way into the playoff picture. Bruce opened the game with a 53-yard run that was halted on Hayden’s 1-yard line. Hayden’s defense would eventually hold, forcing the Eagles to turn over the ball on downs at the 1-yard line (Center Point does not have a field goal kicker).

However, the Eagles promptly forced a Hayden fumble on its own 14-yard line, which Center Point capitalized on with a 4-yard Bruce touchdown run. The Eagles quickly added upon their lead to open the second quarter after a Bruce 73-yard punt return for a touchdown stretched Center Point’s lead to 14-0.

Minutes later, Bruce would cause more headaches for Hayden after he stripped a Wildcats player on their next offensive possession and ran it back 30-yards for his third score of the night.

“Troy (Bruce) is a special player,” Bates said. “He scored pretty much every way imaginable. He’s a special kid.”

Now down 20-0, Hayden’s night had gone from hopeful optimism to downright frustration. In search of an answer, Hayden turned to its run game and managed to methodically drive the ball down the field and finally scored after a 1-yard plunge to lessen the damage, 20-7.

Center Point would be quick to respond. On third and three from their own 47-yard line with 29 seconds left in the first half, Harold Hollomann took a quick pass, broke a tackle and sprinted into the end zone to give Center Point a 28-7 lead heading into halftime.

Center Point’s second half struggles would continue for the second straight week as Hayden opened the second half with a methodical drive that was capped off with a 4-yard Carson Rickels touchdown run to narrow Center Point’s lead to 28-14 with 7:22 left in the third quarter.

Hayden would further cut into Center Point’s lead late in the 3rd quarter on a 1-yard plunge. The Eagles’ offense held the ball for less than two minutes in a nightmare of a third quarter.

The pressure continued to mount for Center Point as the Eagles fumbled the ball on the opening play of the fourth quarter. Hayden, sensing blood in the water, turned to its run game behind Rickels and pounded into the worn-down Eagles defense. The Wildcats pulled to within two points, 26-28, with 6:59 left in the game on a 6-yard Rickels touchdown run.

“We haven’t mastered halftime yet,” Bates said of his team’s struggles throughout the second half this season. “That’s the issue with this team. We’re up, and all of a sudden we think the ball game is over. They have to understand that we have 24 minutes to go. That’s something that we have to do.”

With a defeated air lingering over the Eagles’ sideline, Center Point was in desperate need of a burst of energy. That came in the form of Bruce, who recorded his fourth touchdown of the evening after he took a short Hayden punt 55-yards to the house. The touchdown increased Center Point’s lead to 34-26.

“That’s a spot where we needed him,” Bates said of Bruce. “He’s understanding of what he has to do for his team at just 15 years old.”

Moments later, Center Point’s defensive lineman Javon Brooks would recover a Hayden fumble on its own 35-yard line. Two plays later, Bruce would ice the game with a 25-yard dance through the eviscerated Hayden defense.

On the night, Bruce scored touchdowns on a kickoff, a punt, a defensive fumble and two runs. This is his second five-touchdown game of the season.

“Normally, the standard wouldn’t be the playoffs once you get to the third year of the program,” Bates said. “But this year, it kind of is. This team needs as many games under their belt for now and for the future. That’s why the playoffs are big. Any added bonus game would be amazing for this team heading into the future.”