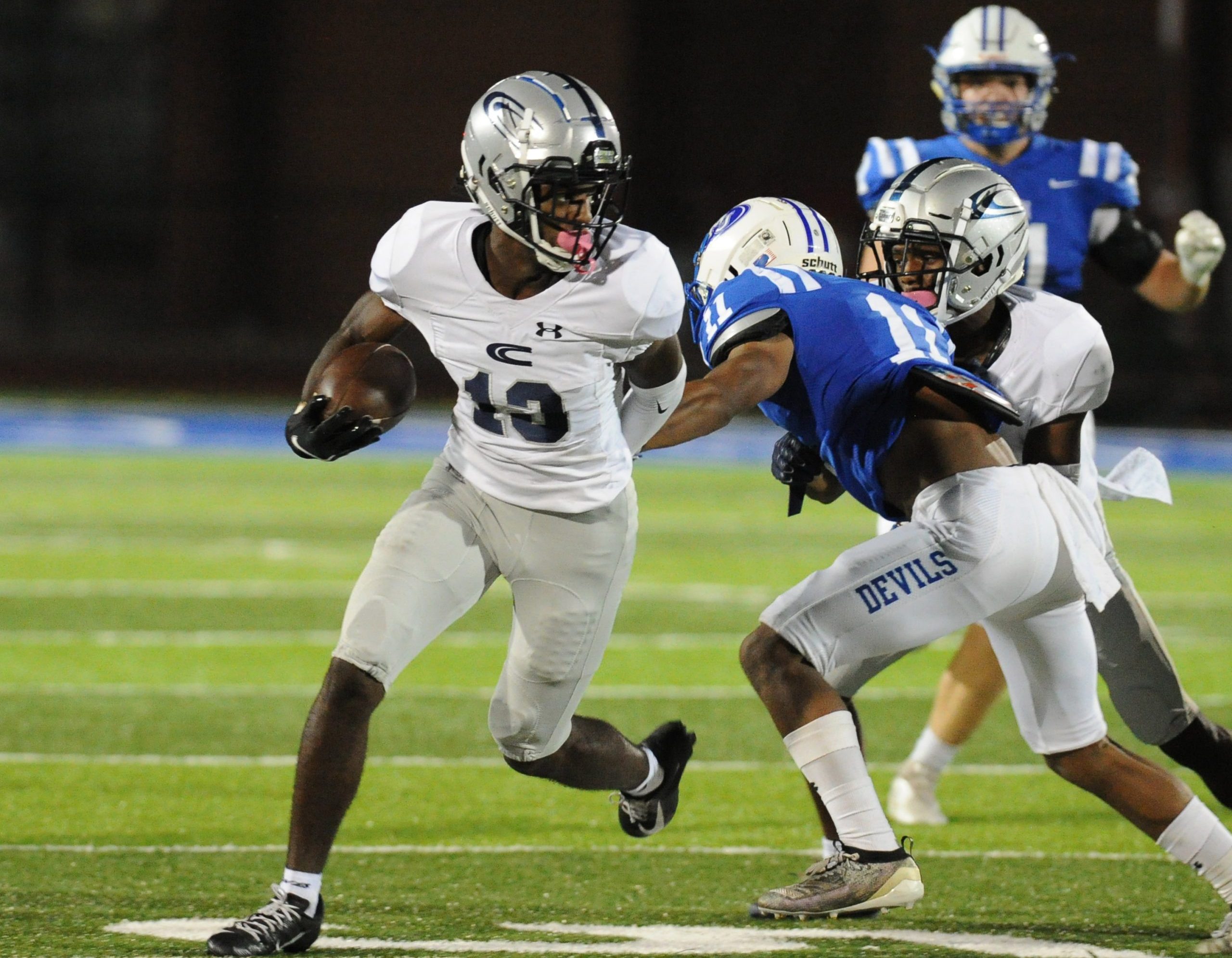 KIMBERLY — It had been 20 days since their last game, and the Clay-Chalkville Cougars took out three weeks of frustration on Mortimer Jordan Thursday night in Kimberly.

Quarterback Khalib Johnson completed 14 of 16 passes for 218 yards and two scores, running back Edward Osley ran for 114 yards, receiver Jordan McCants grabbed six receptions for 124 yards, and the Clay-Chalkville defense pitched a shutout to score a 45-0 road victory over the Blue Devils (1-6, 0-4).

Third-ranked Clay-Chalkville (7-0, 5-0) set the tone early, working a quick Mortimer Jordan three-and-out and taking its opening drive 74 yards in three plays for a 7-0 lead at the 10:55 mark of the first quarter. 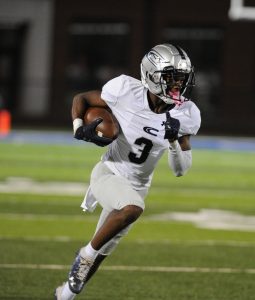 Johnson started the drive with a 44-yard strike to McCants and finished it with a 19-yard touchdown pass to Antonio Miles. The junior righty was efficient in his first outing since a 38-33 win over Minor on Sept. 18.

“It was good to see everything click,” said Gilmer.

The Cougars were nothing short of dominant on defense, allowing a total of 87 Mortimer Jordan yards in 10 possessions. The Blue Devils managed 55 yards passing to go with 32 more on the ground and converted three of 11 third downs.

Osley took mostly first half carries and went 38 yards for his only score midway through the second quarter. He went up the middle and spun out of trouble to escape multiple Blue Devils for a 17-0 advantage.

Junior running back Lazarius Hinkle punctuated the Cougars’ final drive of the first half with a 4-yard touchdown run, stretching the lead to 24-0. He later scampered 14 yards to the end zone late in the third.

Johnson’s second touchdown toss converted a second-and-goal at the 1. He found McCants near the back line of the end zone for a 31-0 advantage with 7:28 remaining in the third.

Freshman running back Rodriquez Johnson flashed in the final minute, bolting 54 yards down the left side for the final score of the night. Senior kicker Jaren Van Winkle went 6 for 6 on extra points and punched through a 20-yard field goal on the second drive of the night.

Clay-Chalkville will play host to No. 4 Pinson Valley next Friday in a game that will determine the Region 6 champion.