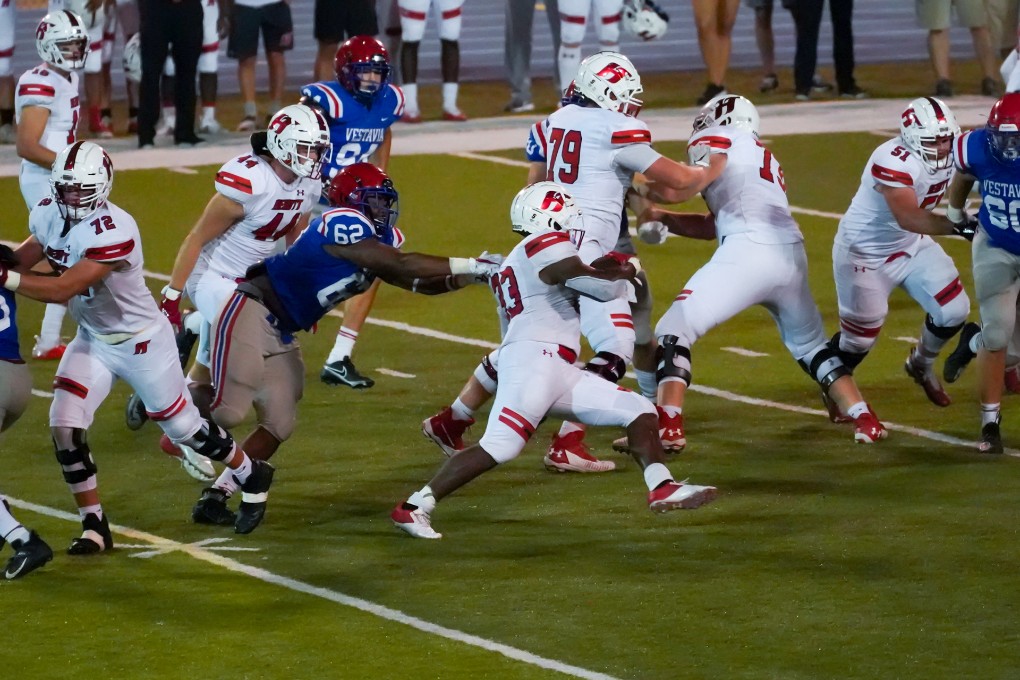 VESTAVIA — Hewitt-Trussville defensive back Trey Washington rose to the occasion on Thursday night in Vestavia.

The senior cornerback — an Ole Miss commit — intercepted Vestavia Hills quarterback Sam Carroll in the closing seconds to secure a 42-35 road win over the Rebels at Thompson Reynolds Stadium. Attempting to force overtime on his final attempt, Carroll lofted the ball to Cole Turner in the end zone, but Washington was in position and made the game-winning play. 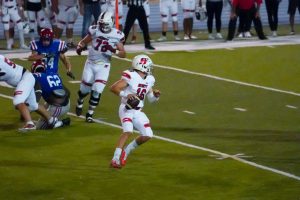 Senior running back Sean Jackson charged 52 yards for the go-ahead touchdown run midway through the fourth quarter. He finished the game with 177 yards and two scores on 14 calls.

His partner in the Huskies’ backfield — senior Auburn commit Armoni Goodwin — added 72 yards and a touchdown on 13 carries. Quarterback Cade Ott Carruth went 13 for 18 through the air for 244 yards and three touchdowns.

Omari Kelly caught six of those passes, resulting in 202 yards and two scores, which covered 82 and 30 yards. Cayson Zachary also pulled in a 4-yard touchdown grab from Carruth. 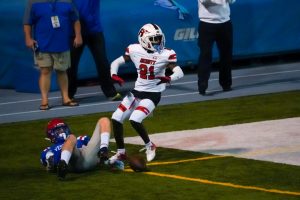 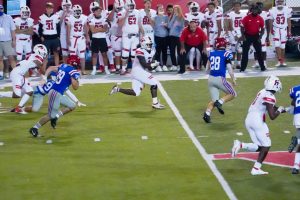 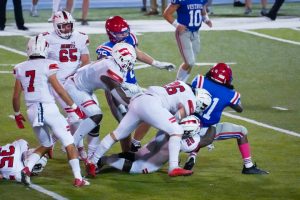