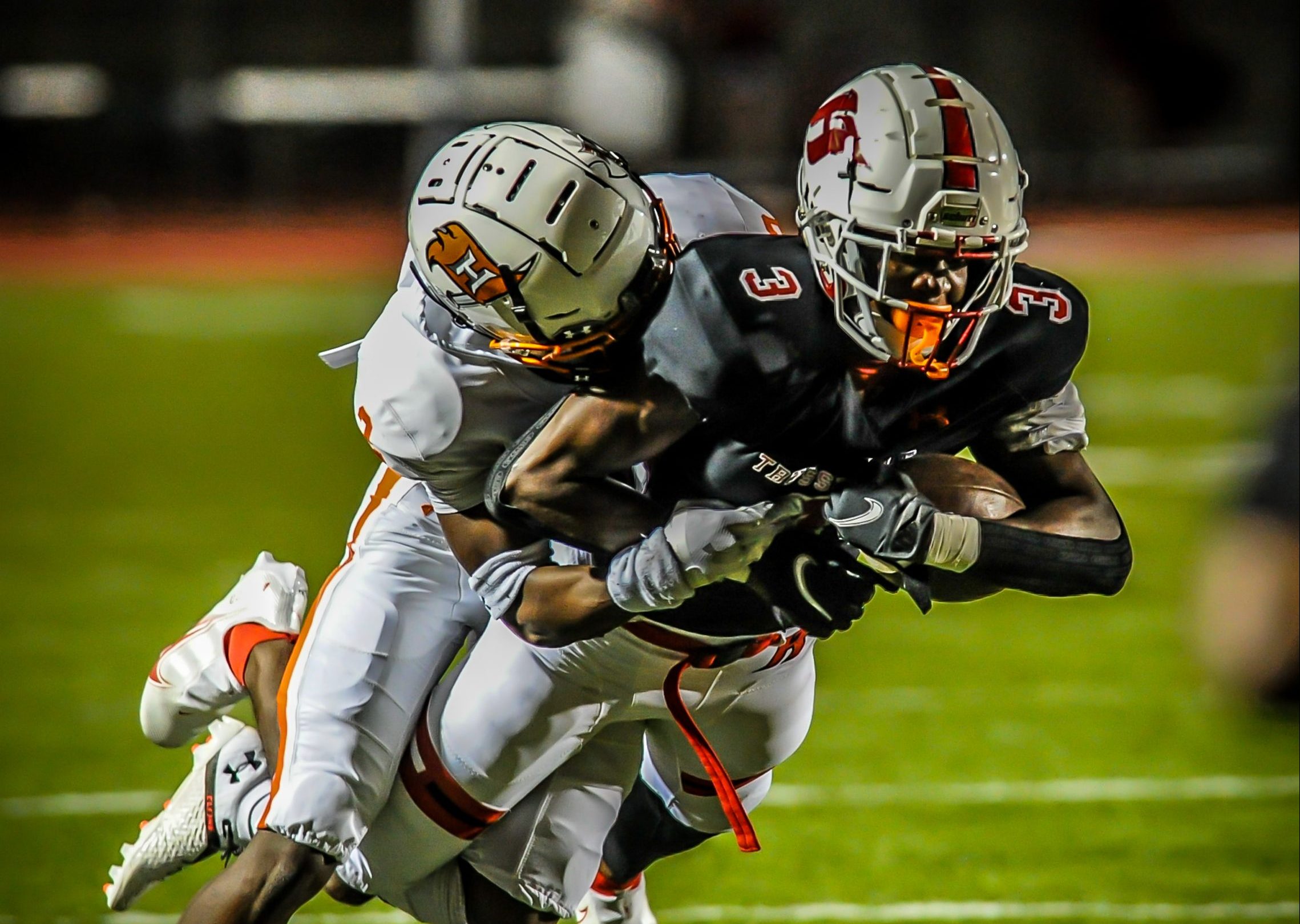 TRUSSVILLE — Hewitt-Trussville Class of 2022 athlete Omari Kelly is quickly becoming one of the hottest recruits in the state.

The 6-foot-2 junior posted his biggest stat line of the season on Thursday night in a 42-35 Region 3 win at Vestavia Hills. Kelly caught six Cade Ott Carruth passes for 202 yards and two touchdowns of 82 and 30 yards for the fourth-ranked Huskies (6-2, 3-2).

On Friday afternoon, the big-play junior announced he had received a scholarship offer to the University of Georgia. Kelly also pulled an Auburn offer on Sept. 21 following a 98-yard receiving night against top-ranked Thompson.

Friday’s update brings him to five SEC offers, including Georgia, Auburn, Tennessee, Kentucky and Arkansas. Kelly is currently listed as a three-star prospect according to 247Sports, but could climb the 2022 rankings soon with additional offers from West Virginia, Michigan and Arizona State already in hand.

Through seven games, Kelly unofficially has 27 receptions for 500 yards and five touchdowns. He caught 28 passes for 302 yards and two scores as a sophomore in 2019.

Kelly says he could make a commitment as early as March 1 — his mother’s birthday. He and the Huskies will be back in play next Friday at home against Gadsden City.