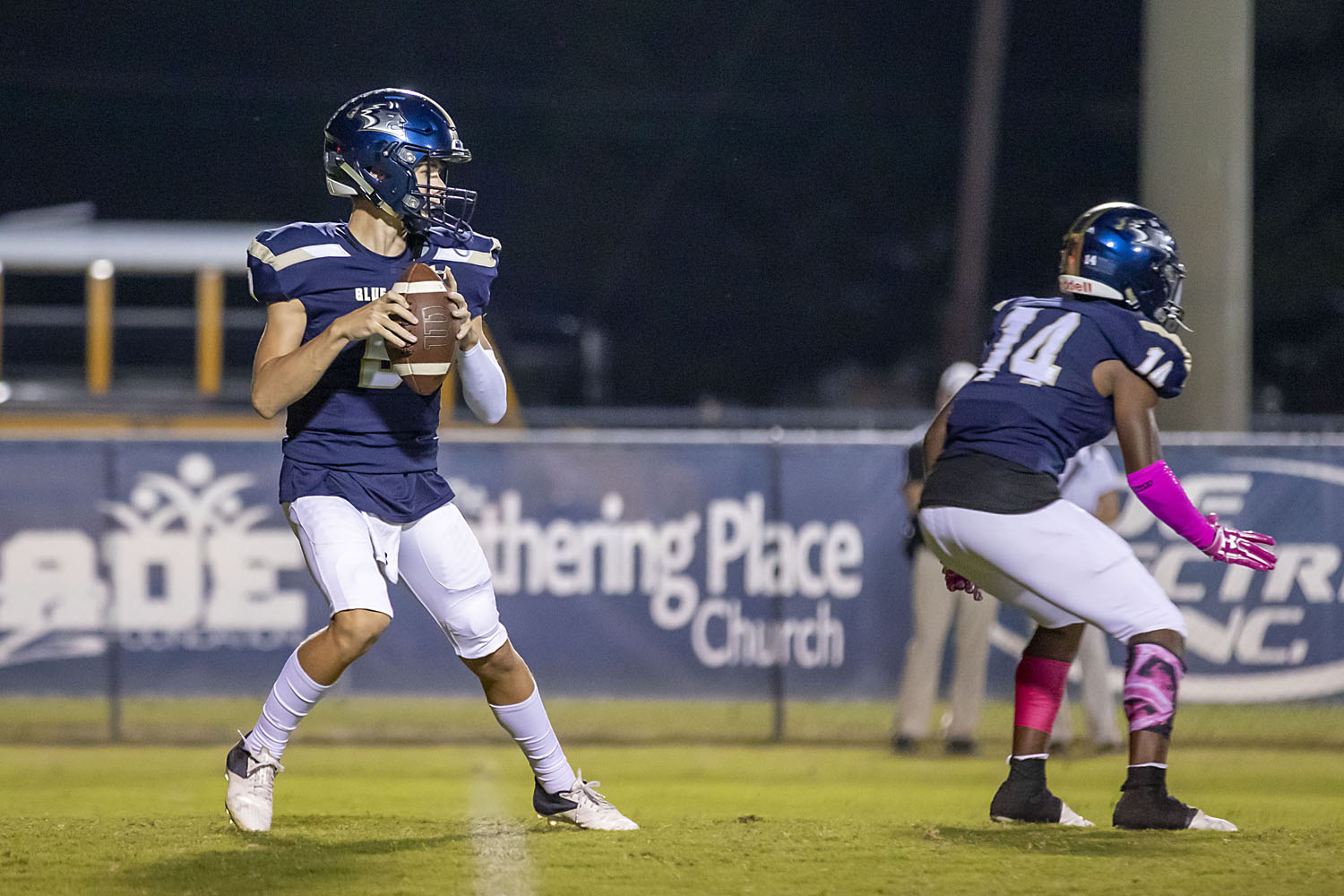 Moody quarterback A.J. Wallace sets his feet in the pocket during home game on Oct. 8, 2020. Photo by Ron Burkett

MOODY — It was a record-breaking night for the Moody Blue Devils.

In a game that was pushed up to Thursday night due to the potential of severe weather on Friday, Moody quarterback A.J. Wallace threw his team into a shootout with visiting Region 6 foe Corner. Wallace, a sophomore, fired the ball all over Bill Morris Stadium to the tune of 501 yards and seven touchdowns — both school records, according to information provided by the Moody football staff. 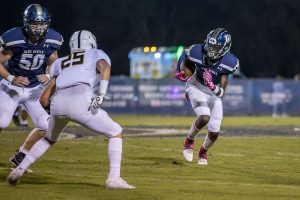 Action from Moody’s home game with Corner on Oct. 8, 2020.
Photo by Ron Burkett

“These young Blue Devils are starting to grow up,” wrote the Moody Blue Devil Football Facebook account following the loss. “Thanks to all who came out to support these guys. These young players are only going to continue getting better.”

In the end, it was defense that cost the Blue Devils in another region loss.

Moody is back in play next Friday at Alexandria.