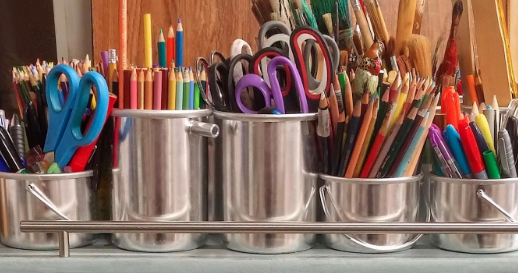 MONTGOMERY, Ala. (AP) — Thousands of Alabama students who’ve spent the coronavirus pandemic in virtual classrooms are returning to traditional instruction despite safety concerns and continuing school shutdowns linked to COVID-19.

Schools in Jefferson County began allowing elementary students to return to class full-time on Monday, and additional systems that have offered only online classes or a mix of online and traditional learning will reopen buildings on a full-time basis through next week.

Walter Gonsoulin, the Jefferson County superintendent, said the system planned to stay open unless there is a state or national mandate requiring a shutdown.

“We have mixed emotions,” Gonsoulin told WBRC-TV. “Of course, everyone is still aware that we are living in the middle of a pandemic, so people just want to make sure that we stay on top of the health guidelines.”

As public schools reopened Tuesday in Montgomery, a group of teachers and school workers who contend the system lacks an adequate safety plan held a small protest outside the central office.

“I’ve literally been in tears. If I have to choose my life or my job, I choose my life,” Tynisa Williams, a teacher at Brewbaker Middle School, told WSFA-TV beforehand.

The Alabama Department of Education hasn’t released a breakdown to show how the state’s roughly 725,000 public school students are being taught this year, but systems have used a mix of in-person classes and virtual instruction since the pandemic hit in March and classes resumed for the fall term.

Safety recommendations by the state are being used to establish rules everywhere from classrooms to lunchrooms to buses, and a mix of virtual and in-person learning will continue. But education officials also are facing the limitations of just how much can be done to prevent the spread of the virus that causes COVID-19.

More than 2,660 people have died of COVID-19 in Alabama, and about 168,000 have tested positive. Over the past two weeks, the rolling average number of daily new cases has gone up by about 117, an increase of nearly 15%.

“We’ve been clear about that. The advice that we’ve gotten from local medical officials is that when you can’t social distance, make sure you doubling up on that (personal protective equipment),” Bruinton said.

Virus outbreaks have occurred in some schools where in-person classes are being conducted, forcing temporary shutdowns.

In southeast Alabama, Rehobeth Middle School closed Monday because of a high number of COVID-19 cases, the Houston County school system said. Another school in the same system, Cottonwood High, plans to reopen on Wednesday after being closed for 10 days because of the virus; about 300 students and workers had to quarantine.

“Right now, the majority of the (Cottonwood) teachers will be back. I can’t say all of them will be,” Superintendent David Sewell told the Dothan Eagle.

Morgan County schools are seeing an increase in cases, with 25 students and workers recently testing positive for COVID-19, the Decatur Daily reported, but spokeswoman Lisa Screws said it was impossible to say whether school plans will be altered because of the rise.

As schools prepared to resume traditional instruction in Montgomery, superintendent Ann Roy Moore talked with some worried teachers in an attempt to ease fears about returning to class.

“I met with a group of concerned teachers and I assured them we would address any major concerns and work with all schools,” Moore said. “We know this is an uneasy time and I want to remind everyone safety is my priority.”

While the virus causes only mild or moderate symptoms for most people, it can be deadly to the elderly and people with other health problems.