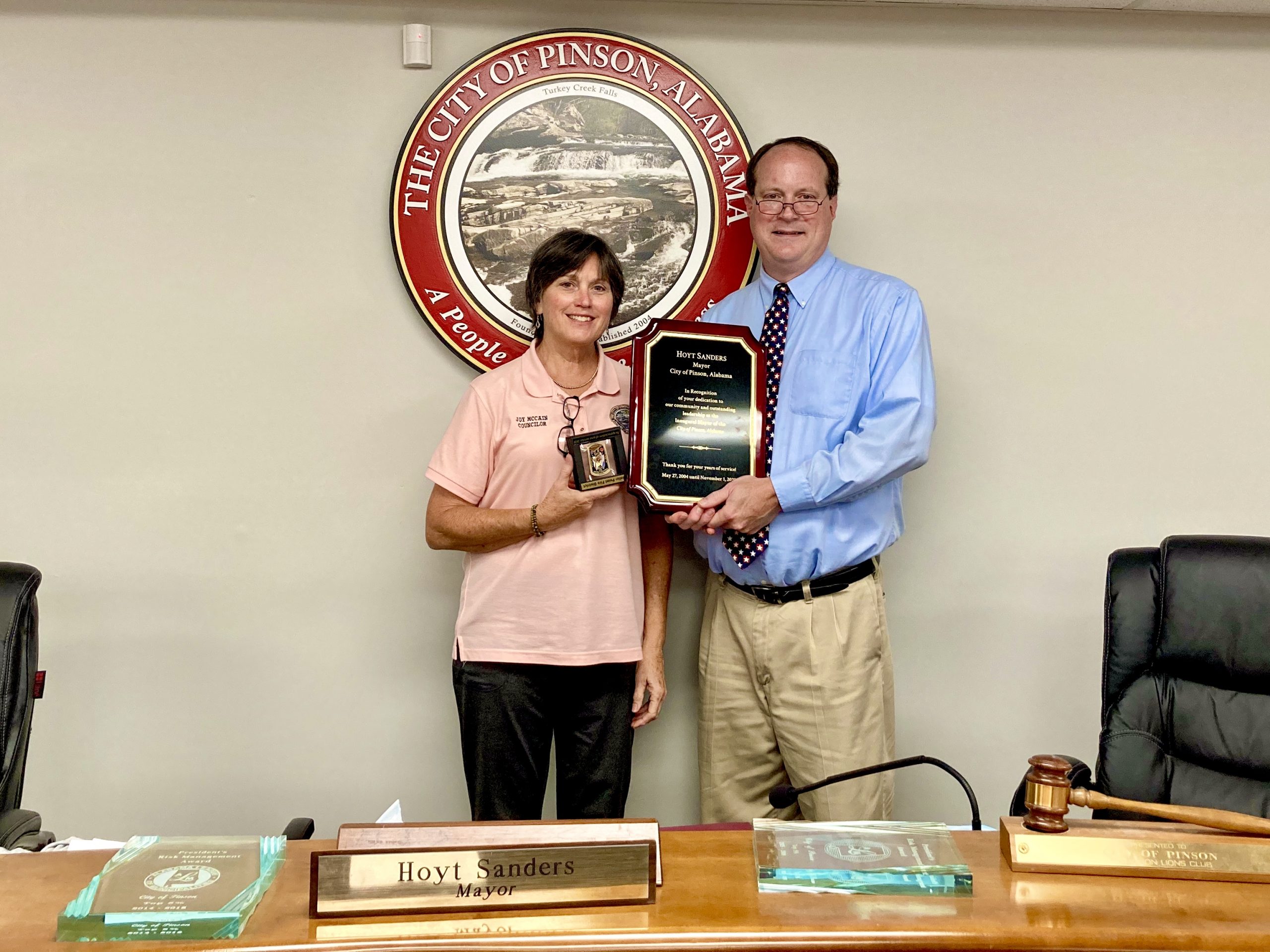 PINSON –  After 16 years, Pinson Mayor Hoyt Sanders served his final council meeting with the Pinson City Council Thursday night, Oct. 15, 2020. Sanders was Pinson’s first mayor and has been its only mayor since the city’s incorporation in May 2004. In the 2020 municipal election, Sanders was unseated by Mayor-Elect Joe Cochran, who will begin his first term as mayor on Nov. 2, 2020.

“It has been a different journey,” Sanders said. “They told us, ‘You can’t incorporate.’ Well, that was just a checkered flag for a group of us back then. A lot of things fell into place …

“I need to thank my family. When people make accusations and say false things and start rumors on social media, they are there with me, so I thank them immensely.”

Sanders said that the incorporation of the city of Pinson and serving as its mayor has been a labor of love.

“We’ve grown, and I could not be more proud of the things we’ve done,” he said. “It’s been a great time. Who knows, I might even come back at some point. It has been an honor.”

City Councilor Joy McCain, Place 5, also served her last meeting on the council, as she is retiring and moving to Odenville. McCain has served on the council since 2006 in various capacities, including Enhancements Chair and Mayor Tempore.

Beginning in November, Place 5 on the council will be filled by Glenda Kirkland, who defeated Chris Esquire in the 2020 municipal election.

The city council recognized both Sanders and McCain with resolutions at Thursday’s meeting. Additionally, the council presented Sanders with a plaque recognizing him as the inaugural mayor of the city of Pinson. 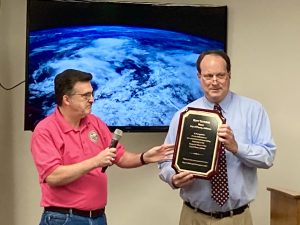 “We certainly want to recognize this evening, as we just heard the resolution that the council just passed showing our appreciation for Mayor Sanders and all the work that he’s done,” Councilor Robbie Roberts said. “Obviously, many of y’all know the big projects that have happened over that time … the creation of the city itself, he was very instrumental in how that happened.”

Roberts also alluded to the city’s purchase of the Rock School Center and the construction of the new Pinson Public Library at that location, Bicentennial Park, City Hall, and the Public Works and Public Safety departments.

“All those things right there have all been set up under the leadership of Mayor Sanders,” he said. “I did want to say that the efforts we don’t know about are just as important as these things that I’ve just mentioned. There are a lot of things that go on behind the scenes, and it takes people that are willing to do those things. They’re not glamorous, they’re not things that make the headlines … but they are very, very important. Mayor Sanders, I believe, is given the gift of service and he exercises that gift quite regularly around here, and has faithfully done that for many years.” 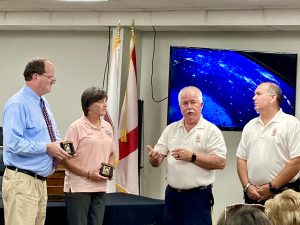 “All the improvements that y’all have made to this city … all the different things you have done really make a difference to life in our community,” Coleman said.

In other city business, the council unanimously approved a resolution authorizing the mayor to accept and execute a donation of real property at 3824 Venus Ave. (Lot 7, Block 3 Astro World) to the city of Pinson.