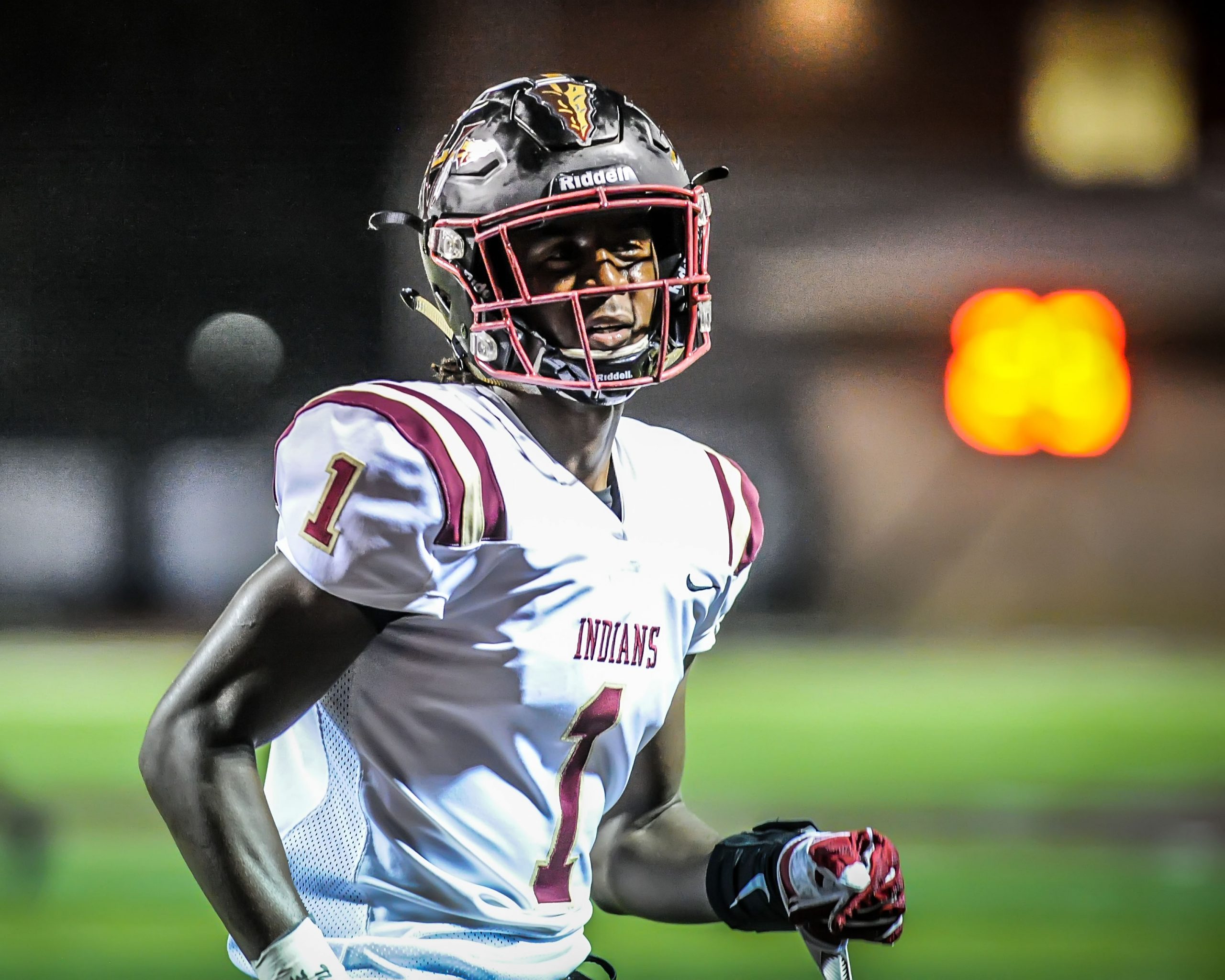 The 34th annual game is scheduled to be played at Cramton Bowl on Saturday, Dec. 12. A pair of local players, including Hewitt-Trussville running back Armoni Goodwin and Pinson Valley athlete Ga’Quincy McKinstry, are expected to suit up for Team Alabama. 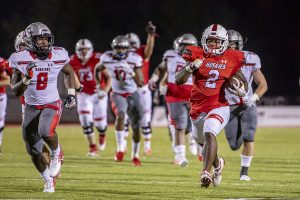 Hewitt-Trussville senior Armoni Goodwin runs in a touchdown against Thompson on Sept. 18, 2020.
Photo by Ron Burkett

“I am very thankful for the committee and all the hard work they put in,” said Lee. “I could tell they were prepared and had done their diligence to pick a quality team under the ‘restrictions’ that are placed on them, which include making sure each classification and district in the AHSAA are represented.

“We also thank our schools for their support of this annual game. We had over 400 seniors nominated to play in this game.  Selecting a team of 40 from this impressive list was a daunting task indeed, but the committee members were diligent and have done a great job.”

The 2020 squad consists of 21 seniors who have already announced commitments to sign with Division I colleges. The other 19 are still undecided. Among the Auburn University commitments named to the team are running back Amoni Goodwin of Hewitt-Trussville and defensive lineman Lee Hunter of Blount.

Quarterbacks selected at Will Crowder of Gardendale, who is committed to West Virginia, and Revy “Trey” Higgins III of defending Class 6A state champion Oxford.

Alabama lost to Mississippi 17-16 in overtime last year at Hattiesburg but still holds a 22-11 edge in the series heading into this year’s game.

The complete roster is below.