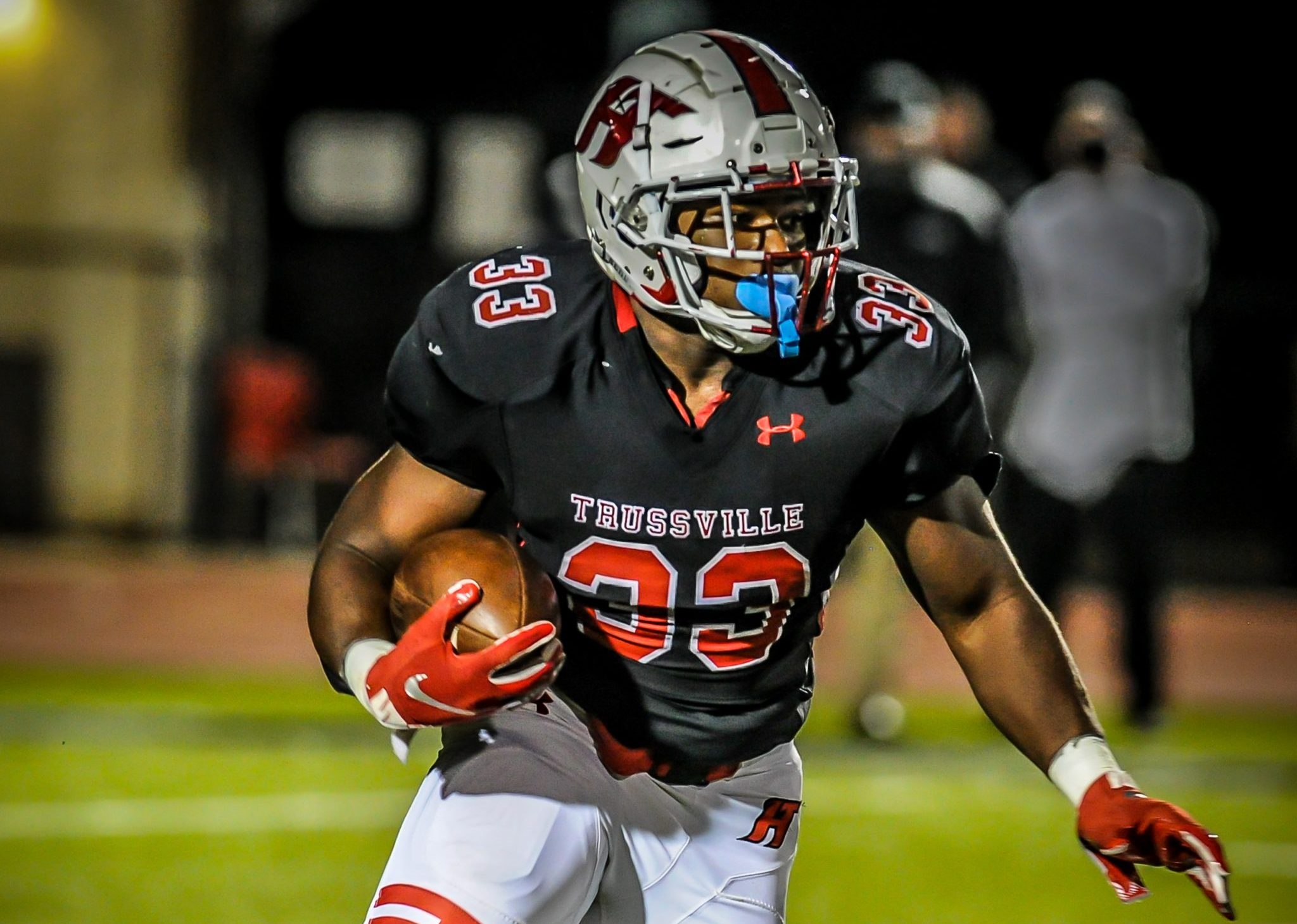 TRUSSVILLE — The latest recipient of the Tribune Player of the Week award is Hewitt-Trussville senior running back Sean Jackson.

In typical Jackson fashion, the bruising ball carrier carved his way to 164 yards and three touchdowns last Friday in a playoff-clinching home win over Gadsden City.

That outburst marks the fifth time Jackson has rushed for 100-plus yards this season. On 83 totes this year, Jackson has 856 yards (10.3 yards per carry) and nine scores for the fourth-ranked Huskies.

He has also been productive as a pass catcher, hauling in 19 receptions for 181 yards and two more touchdowns.

Jackson’s versatility will be needed this Friday night when Hewitt-Trussville (7-2, 4-2) plays host to Oak Mountain. The winner with lock up third place in the final region standings.