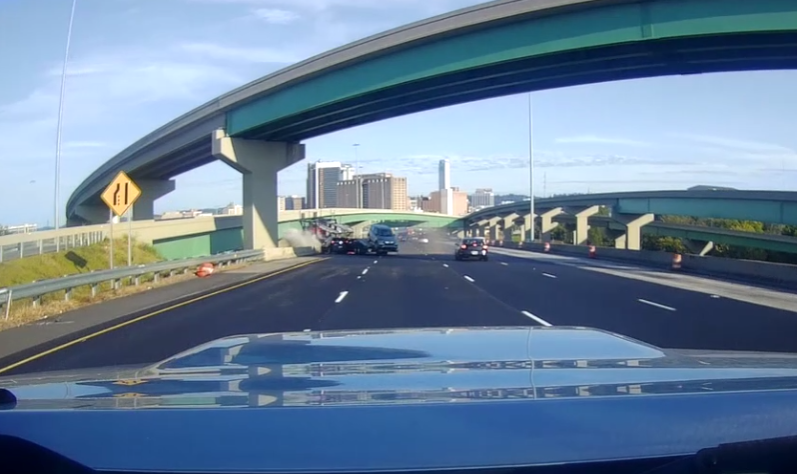 BIRMINGHAM — Police in Birmingham are investigating a fatal hit and run crash that occurred Tuesday, Oct. 6. They are asking for the public’s assistance in identifying the white vehicle involved in the accident that left the scene.

“At approximately 5:02 p.m., BPD responded to a traffic collision at I-59 North / I- 59 South,” Sgt. Rorarius Mauldin said. “The investigation indicated the accident was caused by a white vehicle that struck a small silver sedan. The silver sedan was catapulted into an 18-wheeler causing the 18-wheeler to strike a black SUV. The driver of the 18-wheeler was pronounced deceased on the scene. The driver of the white vehicle left the scene of the accident.”

If there is anyone who has information pertaining to the case, please contact the