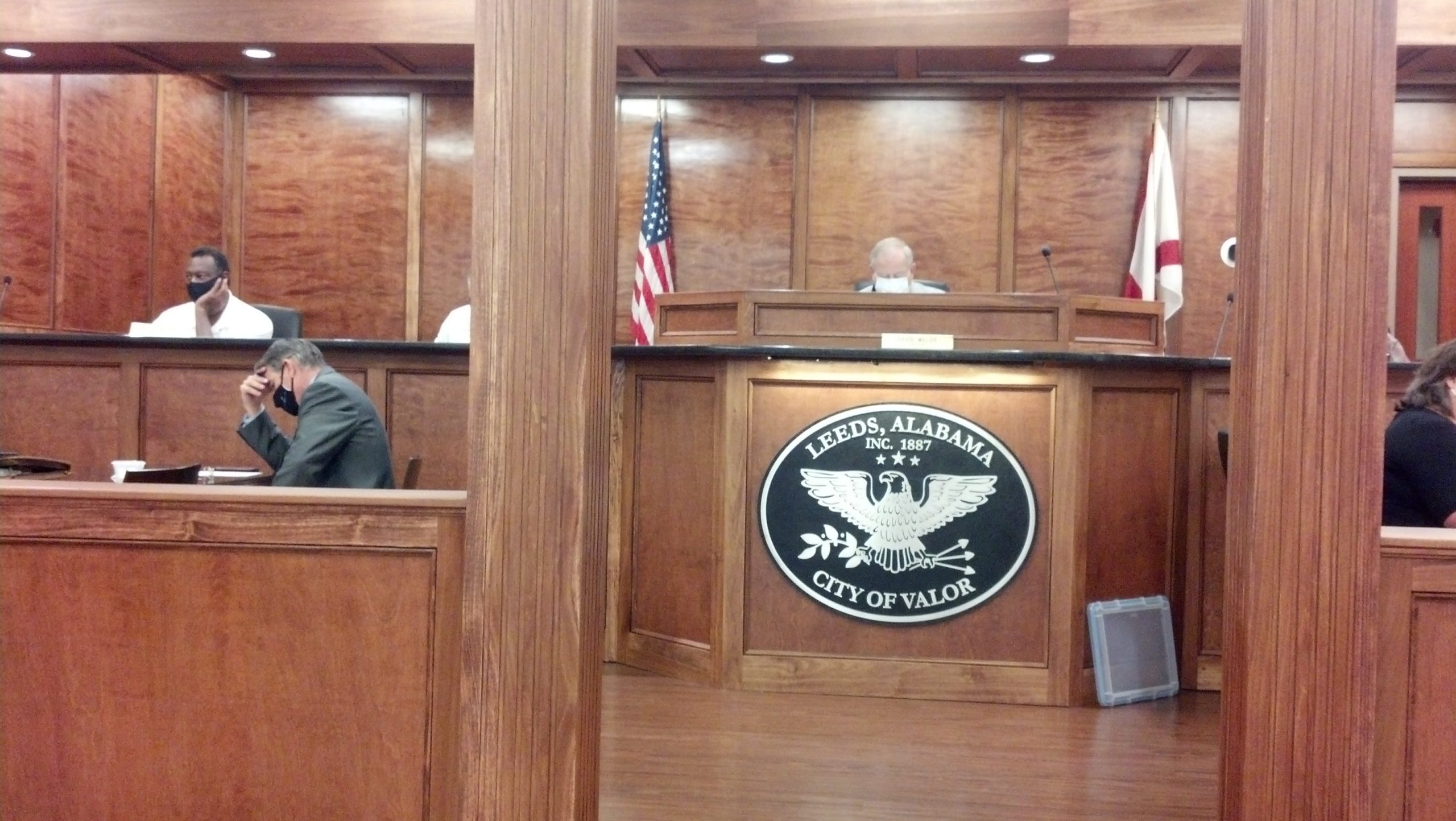 LEEDS — Before the regular Leeds City Council meeting took place on Monday, Oct. 19, a public hearing was held for a property on Clairmont Dr. to be declared a nuisance. No one spoke for or against it and a resolution was passed during the regular meeting to declare it a nuisance and its abatement was ordered.

The council passed its annual Severe Weather Preparedness Sales Tax Holiday for Feb. 28, 2021. The holiday waives the 4% sales tax collected by the city for certain items related to severe weather preparedness, such as flashlights, batteries, smoke detectors and other items.

A list of items included in the holiday can be seen on the agenda packet on the city’s website.

The council voted to do repairs for the tennis courts located at the civic center. The courts were reportedly in disrepair which prompted the resolution.

“Our tennis courts have gotten into pretty rough shape.” Leeds Mayor David Miller said. “At the same time, they’re getting increasing usage. We have a tennis team that uses them, we have quite a number of those coming from outside Leeds that are often playing here.”

According to the agenda packet, the costs of repairs amount to $21,000.

During the public comments portion of the meeting, Leeds resident John Hughes spoke on construction taking place behind Julian Drive that has caused some traffic to redirect into his neighborhood, including the vehicles of contractors.

He said that he and his neighbors were concerned about the direction of traffic in which people are using driveways to turn around, especially the safety of children playing in the streets as he cited an incident on Oct. 8 near his house in which a municipal truck accidentally destroyed a barrier.

Hughes requested that the council consider add no turn signage and update the dead-end sign in that he said was “not very visible.” Miller thanked Hughes for his comments and expressed confidence that the signage situation could be resolved.

After the meeting, Councilman Eric Turner gave an update on a retail store’s potential development in Leeds. At the previous meeting, the council approved a tax incentive for the store. Turner said that negotiations were going well and that another update should be made soon. He also said that the opening of the Buc-ee’s location is slated for Jan. 25 next year.

The next Leeds City Council will take place at City Hall on Nov. 2 at 6 p.m.