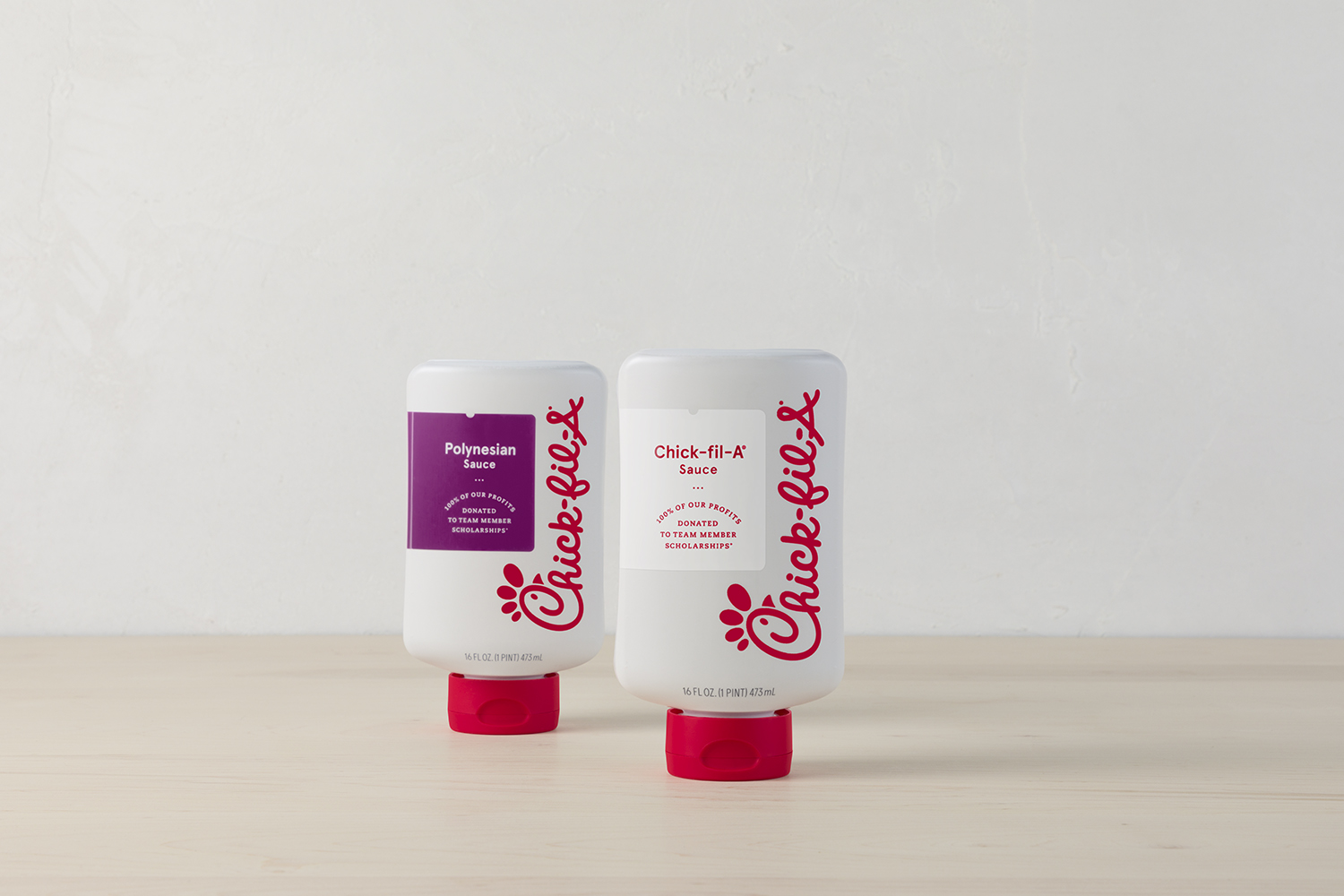 ATLANTA, GA. — If you’re a fan of Chick-fil-A sauces, there is good news on the horizon. Bottles of the restaurant’s signature Chick-fil-A and Polynesian Sauces will soon be available for purchase at retailers nationwide.

With every retail store purchase of a 16-ounce bottled sauce, 100% of the royalties received by Chick-fil-A, Inc. from the sale will be donated to the Chick-fil-A Remarkable Futures Scholarship Initiative.

In March, Chick-fil-A introduced 16-ounce bottled versions of the two most popular sauces at select retailers as part of a pilot program in Florida. The pilot program made a significant impact, and will fund more than 250 additional scholarships, providing support for Team Members to pursue their educational goals.