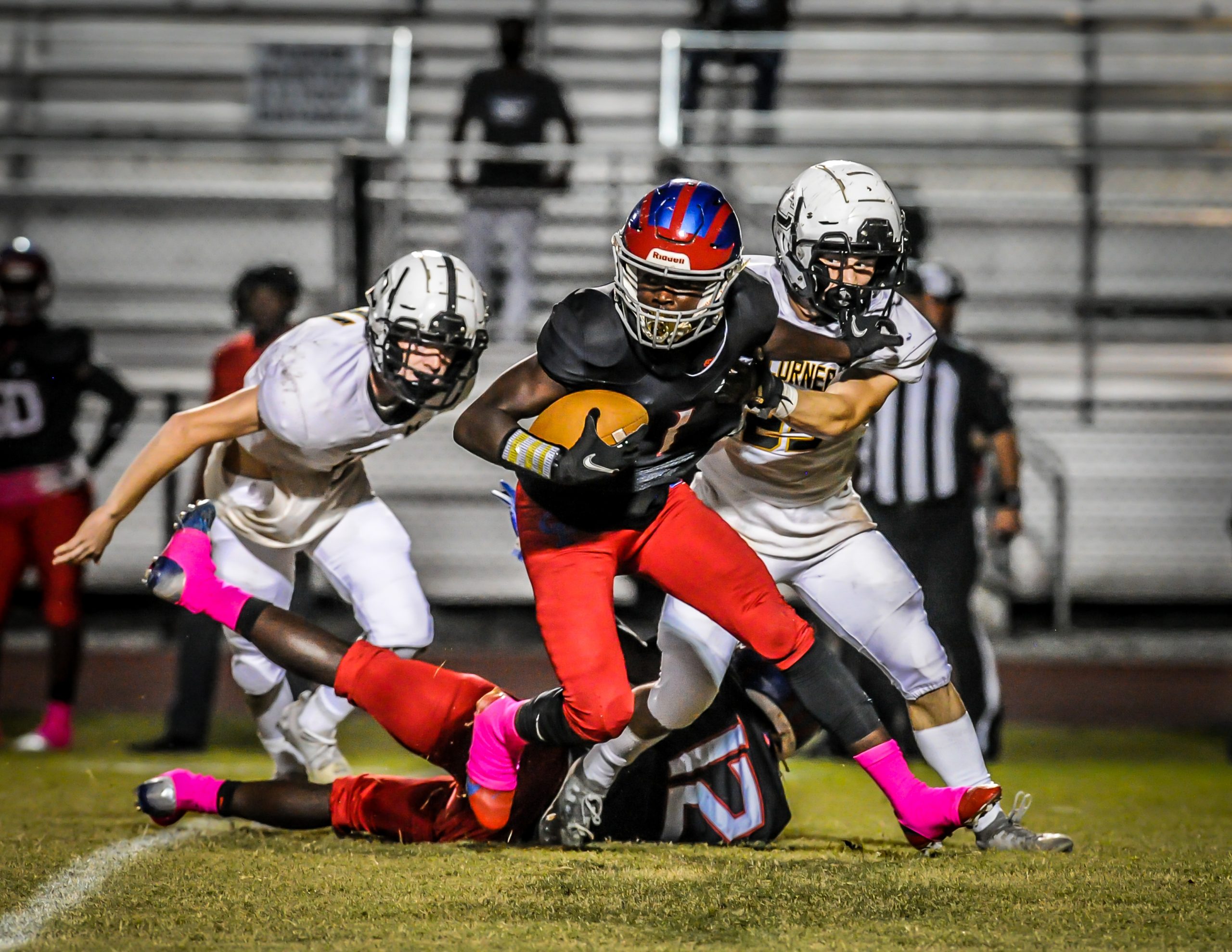 CENTER POINT — The Center Point football team did just enough on Thursday night to close out the regular season with a win and lock up the postseason 3-seed coming out of Class 5A, Region 6.

Sophomore running back Troy Bruce reeled in the game-sealing reception late in the fourth quarter to convert a fourth-and-9, allowing the Eagles to run out the remaining 1:21 and stave off a Corner comeback. The 46-43 home win will punctuate Center Point’s regular season, as the team enjoys an open date next week before traveling to Fairview in the first round of the state playoffs on Nov. 6.

For head coach George Bates, an extended playoff season is extremely beneficial for his youthful roster. 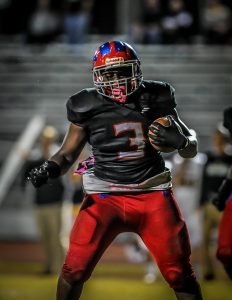 “This is just like bowl prep for college players,” said Bates following the win. “With bowl prep you get an extra month of practice with your guys, so that’s how we’re looking at the playoffs. We would love to play five more games, but if it’s one, two, three (games), it’s going to be beneficial for this team because this team needs games under its belt. We have a lot coming back and we need games under our belts.”

Maturation is needed for an Eagles team that has struggled to protect double-digit leads this season. Thursday night featured much of the same, as Center Point built a 40-20 cushion midway through the third frame and still needed a late-fourth quarter drive to salvage a 46-43 victory.

“Once again this is another game where we had a nice, decent lead at halftime and in the second half, for whatever reason we just have not mastered halftime yet,” said Bates.

The 20-point advantage shrank to 3 thanks to a couple defensive stops and back-to-back-to-back touchdowns from the Yellow Jackets down the stretch. Corner quarterback Colin Daniel tossed a 37-yard touchdown to Tyler Trawick and ran another in from 20 yards out. Those scores were sandwiched between a 12-yard touchdown run from Joshua Myrick.

All together, the offensive burst cut the Corner deficit to 46-43 with 6:13 remaining.

But that’s when Center Point responded with a timely 12-play drive that drained every second off the clock. Nine of those plays stayed on the ground, however it was two Jabari Collier completions that kept the chains moving and the clock running.

First, Collier converted a third-and-8 with a short dump to running back D’ontae Eatmon on the fifth snap of the drive. Collier later put the game on ice with a sharp pitch to Bruce on fourth-and-9. The crosser picked up 12 yards and allowed the Eagles to knee out the remaining minute-plus.

Collier went 13-for-24 through the air for 316 yards and two touchdowns. His top target was Harold Holloman, who pulled down seven receptions for 200 yards and two scores of 85 and 57 yards.

“They dictated a lot of what we did offensively because they played man to man coverage and we felt like our guys could get some things over the top, but we’ve got to get better at that,” said Bates.

Bruce ran the ball 13 times for 96 yards and three touchdowns. After fumbling the ball on the first play of the game, which resulted in a scoop-and-score, Bruce answered with a 15-yard touchdown run on the ensuing possession. He later took a reverse 5 yards to the end zone with 11 seconds remaining in the first half and eventually completed the hat trick with a 7-yard score in the third quarter.

Eatmon was also effective on the ground, punching in a pair of short-yardage touchdowns in the win.