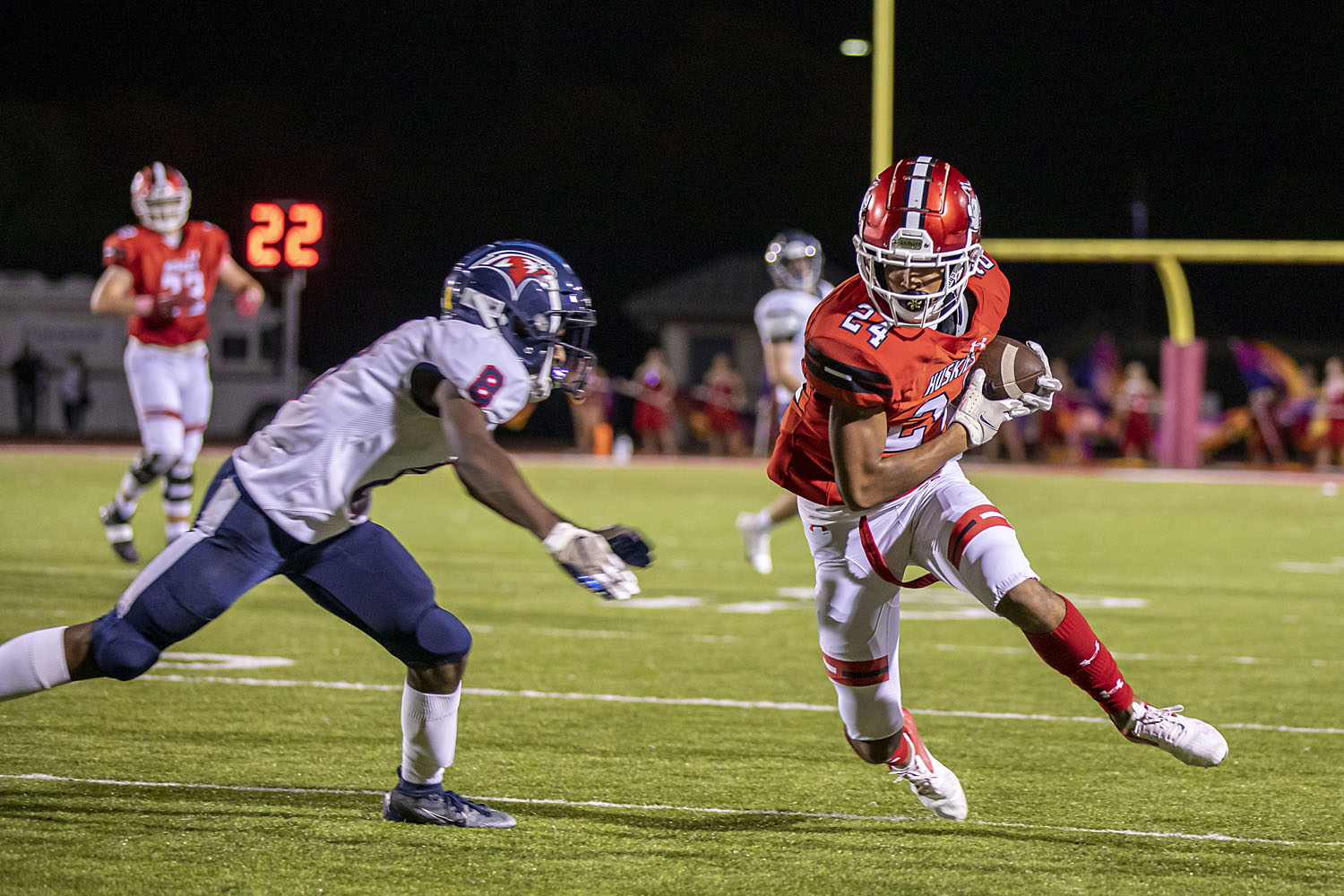 TRUSSVILLE — Hewitt-Trussville was razor-sharp on Friday night with postseason position on the line.

The fourth-ranked Huskies (8-2, 5-2) started fast and cruised to a 51-21 home win over Oak Mountain — a victory that locks Hewitt-Trussville in as the No. 3 seed coming out of Class 7A, Region 3.

“I thought we executed pretty well offensively,” said Hewitt-Trussville head coach Josh Floyd. “We were able to throw the ball, we were able to run the ball some pretty consistently throughout the night and I thought we played physical football and that helped us on both sides of the ball.” 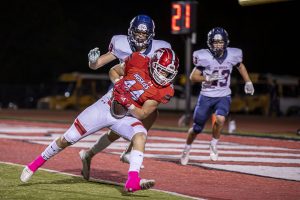 It was all Hewitt-Trussville from the opening drive, as quarterback Cade Ott Carruth led a four-play, 63-yard touchdown drive that ended with his 17-yard strike to Matt Miller. The Huskies would go on to score the first 27 points of the game before Oak Mountain quarterback Evan Smith got his Eagles (6-3, 4-3) on the board with a 2-yard keeper with 2:33 remaining in the first half.

Smith would reach the end zone two more times in the second half, but it was too little, too late for a Region 3 comeback, as the home team rode a balanced attack pretty much all night on its way to a 30-point victory.

It all started with Carruth, who completed 13 of 15 passes for 224 yards and four touchdowns to three different receivers.

“We were able to spread it around,” said Floyd. “We were fortunate to have a lot of receivers and I feel like we’re two-deep at every receiver spot. Guys came in and made plays.”

Miller pulled in the first TD pass for a 6-0 advantage at the 10:48 mark of the first frame. Carruth floated his second score of the night to Carter Hollis, who beat one-on-one coverage in the back corner of the end zone for a 20-0 cushion.

The junior righty later went to Cayson Zackery for his final two touchdowns to complete a stellar night trough the air. The pair’s first connection came on a streak down the home sideline from 34 yards out. Zackery would start the second half with a 35-yard catch-and-run that stretched the Husky lead to 41-14.

Hewitt-Trussville running back Sean Jackson enjoyed another big night on the ground, churning up 102 yards and a touchdown on just eight carries.

He ended the first half with a 57-yard sprint to the end zone — a carry that gave him more than 2,000 career rushing yards with the Huskies.

“Sean’s had a heck of a career here, man,” said Floyd. “I hate that he’s almost done. He’s had an incredible senior year. Sean’s a great leader for us and he comes to work every day and grinds.”

His partner in the backfield, Armoni Goodwin, accepted 10 carries for 91 yards and two scores. The Auburn pledge took his first call of the game 28 yards to paydirt, putting Hewitt-Trussville out front 13-0 midway through the first. He later carved a path 16 yards down the right side for a 48-21 fourth-quarter lead.

Senior kicker Ethan Wilson ended the scoring with a 40-yard field goal in the closing minutes.

“I think we’re playing good football and that’s the key,” said Floyd. “I think we’re going to be able to get a little more healthy, as we’ve got a few more guys coming back and that’s big for us.”

The Huskies will take a bye next week before hitting the road in the first round of the Class 7A playoffs.