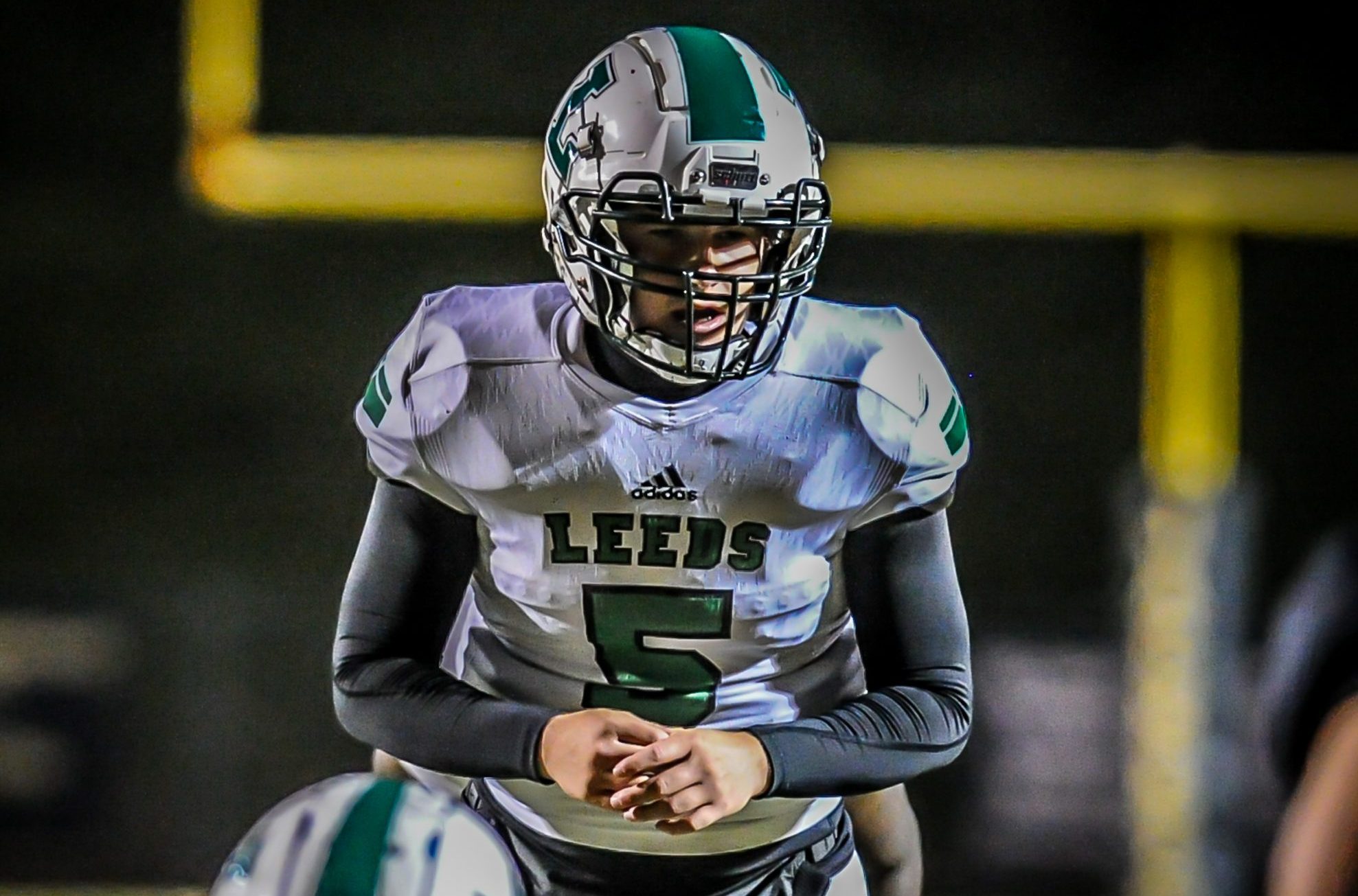 Leeds falls to No. 6 Alexandria in region title clash

Johnny Sanders, for The Tribune

LEEDS — The stakes were high and the stage was set for the top two teams in Class 5A Region 6 to clash in a region championship game at Homer Smiles Field in Leeds on Friday night.

Coming from behind to win a game has been a common thing for Leeds, but the 21-0 hole they found themselves in at halftime of this one proved to be too much for the Green Wave, despite outscoring Alexandria 9-3 in the second half.

The Valley Cubs would claim a 24-9 victory over Leeds as well as the region championship.

The Leeds offense had a hard time finding any traction early on, punting the ball on all of their first half possessions. Alexandria, however, found success right out of the gate as they used misdirection and hard running to march the ball 75 yards on their first offensive drive, capped off by a 9-yard touchdown run by running back/quarterback Ronnie Royal at the 2:03 mark in the first quarter.

On their second drive of the half, the passing game got going for the Valley Cubs and quarterback Javais McGhee found Antonio Ross for a 17-yard touchdown with 8:49 to go before halftime, putting Alexandria on top 14-0.

Once again, Leeds could not get any rhythm on offense and gave the ball back to Alexandria, who saw Royal cap off an 11-carry, 113 yard and two touchdown first half performance with a 43-yard touchdown run with 3:21 left in the second quarter and that is how the half would end.

After trading punts to start the third quarter, Leeds had Alexandria backed up to their own 2- yard line. On second-and-12, Cameron Dunklin broke through the offensive line and sacked Ronnie Royal in his own end zone to put his team on the board with a safety at the 8:07 mark in the third quarter.

The offense would turn the ball over on downs on their next drive, but the defense still would not let up, led by Justin Pettus, Kavion Henderson and Christian “CJ” Douglas. Alexandria would give the ball back to Jarod Latta and company and two plays later, he would find Joshua Ruff for a 70-yard touchdown, electrifying the Leeds sideline and giving the home team the spark they needed to get into the game with 2:25 left to play in third quarter, trailing 21-9.

On the next Alexandria drive, they played ball control offense, running the ball with Royal and McGhee and set themselves up for a short field goal by Luis Torres to put the Valley Cubs up 24-9 and end the scoring for both teams, clinching the region title for the visiting team.

Leeds ends the regular season 8-2 after finishing 2019 2-8. “I’m so proud of them for everything they’ve done. We’ve got a home playoff game coming up and we haven’t had that here in a long time. An 8-2 record. Losing to Alexandria is nothing to put your head down about. That’s a great team. They’re a top 5 team,” said Coach Hood. “I thought the second half we played tough. Couldn’t get much going on offense all night. We will learn from this and this is high school football. It’s about building relationships. Just like it was last year when we were 2-8. It’s about working with kids and I’m proud as heck to be working here with these kids.” Speaking of Alexandria’s performance, Coach Hood said, “They did exactly the same as what we saw on film. They executed it well. Everything they do, they do well. They played great defense. The techniques were better than I thought. They just whipped us, bottom line.”

Leeds will be off next week before hosting Boaz in the first round of the 5A state playoffs while Alexandria will host West Point.