LATEST NEWS
Home Features A moment like this: HTHS senior with Down Syndrome crowned Homecoming Queen 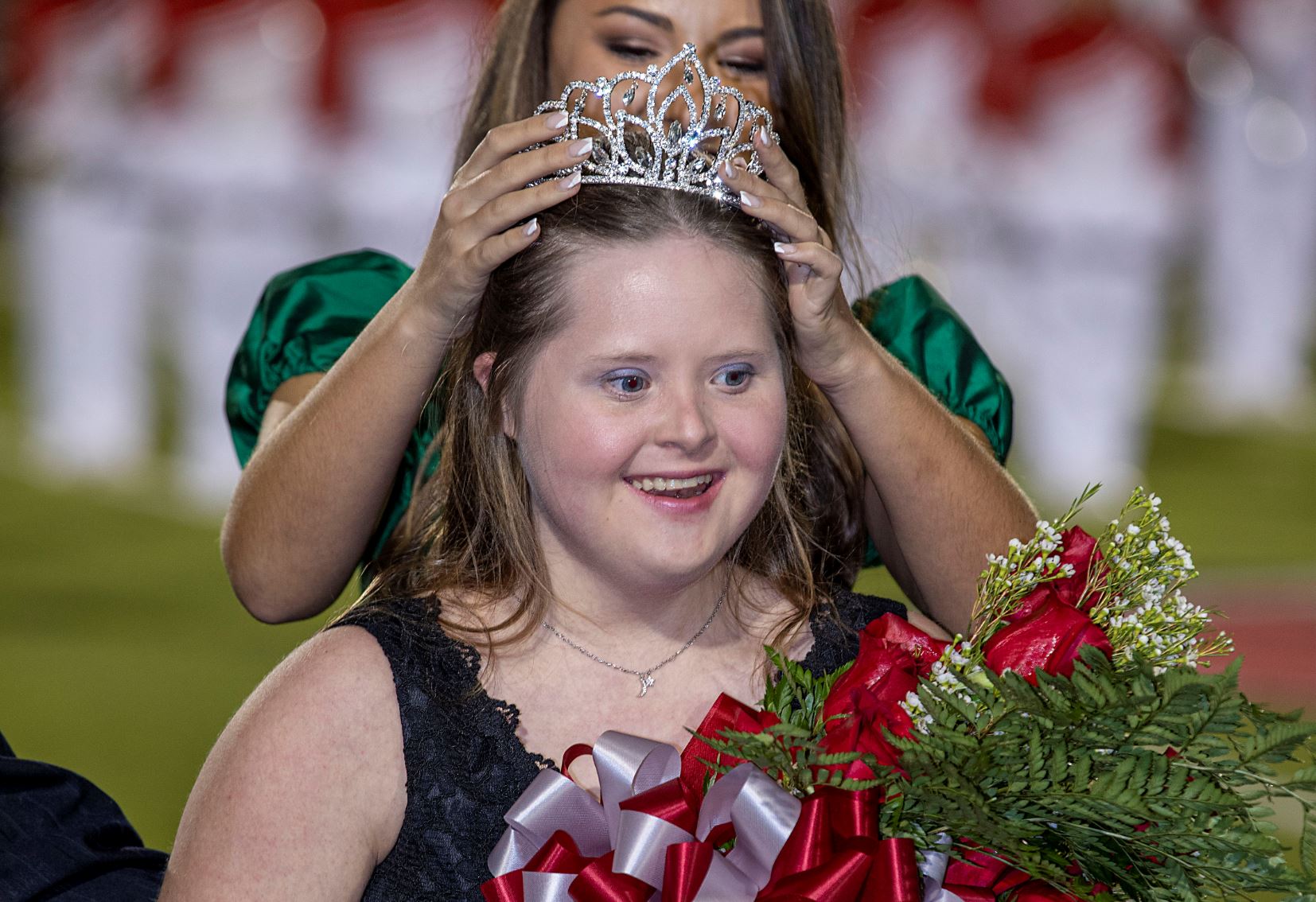 A moment like this: HTHS senior with Down Syndrome crowned Homecoming Queen

TRUSSVILLE — There are some moments in our lives we will never forget. Our first time behind the wheel, our first kiss and the first time we hear our child speak their first word. Moments in time that are so impactful, we put them away in our mind’s “most important memories” file. For one Hewitt-Trussville senior, one of those moments happened on the evening of Friday, Oct. 23, 2020.

Hannah Baker, a senior at HTHS, was crowned Homecoming Queen. But this was no ordinary crowning moment.

“I am honored to wear my crown and I’m excited that it was on my birthday,” Hannah Baker said. “I am 20 now.”

When Baker was born, her mother Judy said she felt a love she never knew existed. That precious baby girl came into her life and would be her only child. Not long after the birth, Judy Baker learned her daughter had Down Syndrome.

At the time, Judy did not know a lot about Down Syndrome. So, her expectations were limited.

“I think I cried the whole night and held her the whole night,” Judy Baker said. “It was a hard start just because I was afraid of what her future might look like.”

As time went on, Judy said she quickly noticed her daughter was a go-getter. 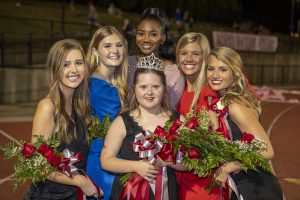 “When they called her name…that wait, that pause and then they called Hannah’s name,” Judy Baker remembered. “The chills just went from the top of my head to the bottom of my feet.”

And there on that field, Hannah stood with those same feelings. A spotlight upon her as if she was the only person there. A bright, shining moment in which only a handful of people experience in their lifetime.

“She was so excited,” Judy Baker said. “It was a very big thing for her to be crowned by her classmates. She looked at me and said, ‘I love you! I made it! I did it!”

Judy Baker said not only does Hannah have support at school, but also within the Trussville community.

“She has always had a lot of support,” Judy Baker said. “People that live on our street have been very supportive of her and just love to do things for her.”

Hannah has also been involved with the Trussville Area Chamber of Commerce and she is well-known in the area.

“She makes friends everywhere she goes,” Judy Baker said. “She’ll go shopping with me sometimes and it takes me a little longer to shop because of all of the people she sees in the store. She never meets a stranger.”

Something very special about Hannah is her willingness to give back. With her big heart, little Hannah has volunteered with summer camps at the Birmingham Children’s Theater, she has been involved with the Key Club and she served as an ambassador when she was in middle school. Her heart is in theater and she also participated in the Children’s Dance Foundation in Homewood. 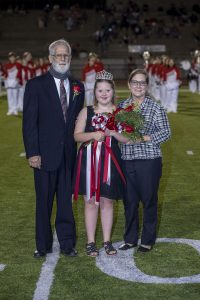 As we celebrate Down Syndrome Awareness Month, the timing of Hannah’s crowning could not be better. For all parents of children with Down Syndrome, there is a drive to fight for normalcy for their children. As Hannah started high school, Judy Baker said she fought hard to ensure her daughter could take part in general education classes. She said it was very important to make sure Hannah was afforded the same opportunities as others.

“It was a tough battle and we stood our ground,” said Judy Baker. “In the beginning, we even put her on a very tough track to keep her in the general-ed classrooms. Her friends have supported her the entire time. Once the faculty and everyone at the high school got to know her, they fell in love with her and they have been very supportive.”

Being crowned Homecoming Queen was one of Hannah’s dreams. Now, she said she wants to continue defying the odds and proving herself by going to college. Her mom said they have looked into several programs to help her reach her dreams.

“She really is the bright star in our lives,” Judy Baker added. “I have been exposed to and learn things that I never would have if she hadn’t come into my life.”

That’s why Hannah’s mom wants all children with Down Syndrome to know they can also have a moment like this.